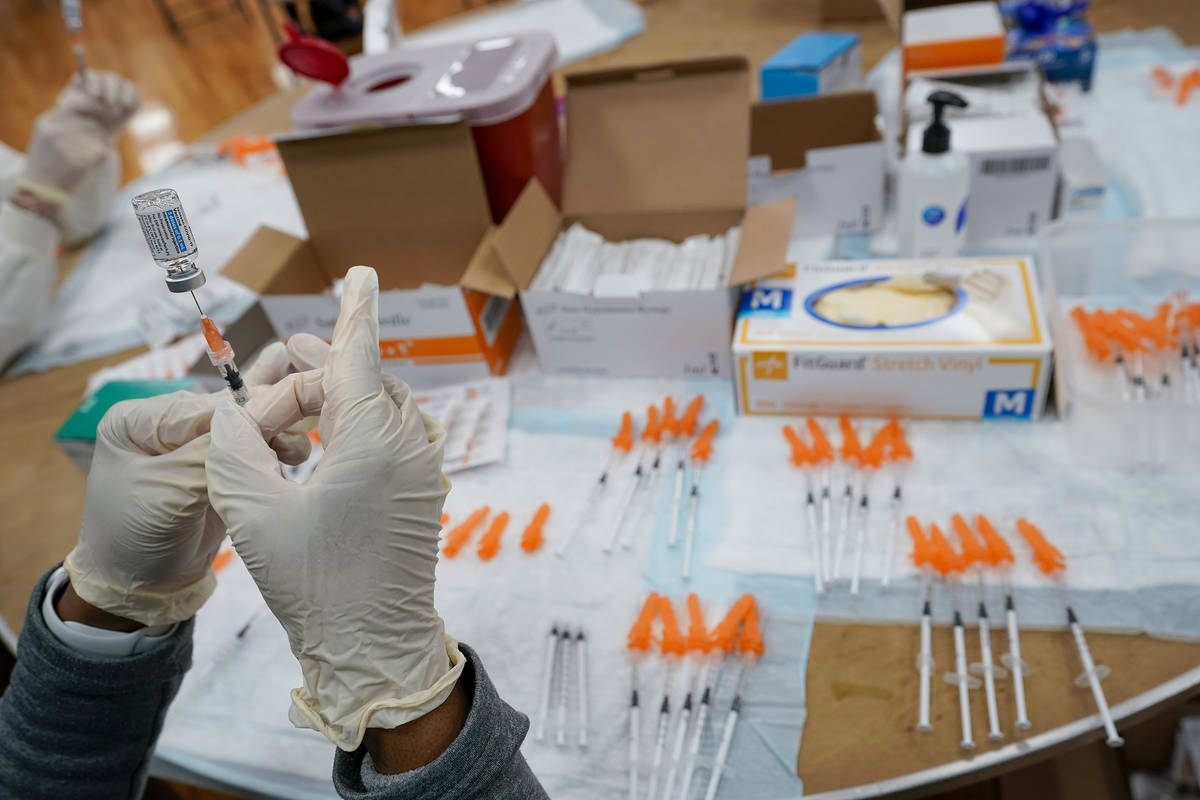 The Food and Drug Administration has long had a reputation for being overly cautious when it comes to the approval of new medications and devices. Agency scientists take pride in their methodical and meticulous approach and its respect for patient safety. But while such prudence may serve the nation well during normal times, these are not normal times. FDA delays in granting full formal approval to the COVID vaccines already in use may be contributing to a resurgence of the virus.

According to the Centers for Disease Control and Prevention, average weekly virus cases have more than doubled nationwide in the past few weeks, and no state has been immune. For now, Nevada is one of the nation’s hot spots. Health professionals report that the vast majority of people contracting the disease have not been vaccinated. While there have been anecdotal reports of an increase in breakthrough cases — patients testing positive who have been inoculated — they remain rare and are far less likely to end in severe complications or death.

CDC figures show that 69 percent of American adults have had at least one shot. But the number of vaccines being administered has fallen precipitously, from about 3 million doses a day in the spring to less than 275,000 a day in mid-July, The Wall Street Journal reports. Daily dose numbers have begun to tick upward in Nevada and other places as some of the unvaccinated finally grasp that they aren’t out of the woods just yet. That’s good news.

But shot skeptics remain, and some of them cite the FDA’s lack of formal approval for the COVID serum — which is being distributed under an FDA emergency use order issued in December — as a cause of their hesitancy. That alone should be reason enough for the agency to recognize that foot-dragging is not an option.

Typically, the FDA’s standard review process takes about 10 months. An expedited review may be wrapped in six months. But the process doesn’t start until the companies — in this case Pfizer and Moderna — jump through various regulatory hurdles and submit the required paperwork. Pfizer was granted an expedited review in July, but Moderna is still working with the FDA on the necessary data.

“This seems like an exercise in the kind of extreme bureaucratic formalism that morphs into regulatory irrationality,” University of Colorado law professor Paul Campos wrote last week. Given that the country is racing to get everybody over the age of 12 vaccinated, “failing to fully authorize the vaccines is nonsensical,” he added. “With two-thirds of the adult population already vaccinated, do public health bureaucrats think that, in the highly unlikely event that some sort of long-term problem with the vaccines emerges, pointing to their (emergency) status is going to somehow placate people who have seen these same authorities — again, appropriately — spend this entire year doing everything they can (short of fully authorizing the vaccines) to get as close to everyone as possible vaccinated?”

Not only would formal authorization potentially remove a roadblock for some unvaccinated adults, it would also put employers on a more firm legal footing when it comes to demanding that workers sit for the shots before they return to the job. Such a requirement might also create a major incentive for overcoming vaccine hesitancy.

Mr. Biden told a CNN town hall audience last week that he hopes the FDA issues formal approval for the vaccines “maybe in the beginning of the school year, at the end of August, beginning September, October.” If current trends continue, however, October or later won’t be fast enough.

There comes a time when bureaucratic protocol must give way to pragmatic urgency. The FDA has more data on the COVID vaccines — and more real-world experience — than it has had with virtually any other new medication. It’s past time to remove the “experimental” tag from COVID vaccines that have proven wonderfully effective and remain the key to getting us past this pandemic.