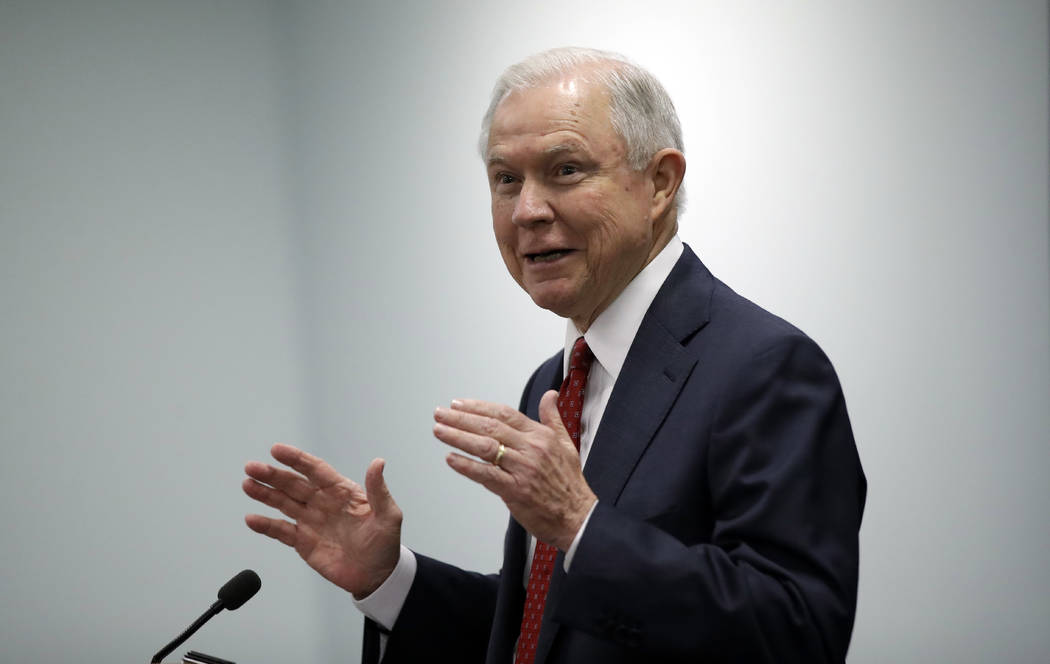 The nation’s “tough on crime” attorney general is on the wrong the track with his announcement last week that he hopes to ramp up the use of civil forfeiture.

In recent years, 24 states — as well as former Attorney General Eric Holder during the Obama administration — have taken steps to reform the practice, which allows law enforcement to seize homes, cash, vehicles and other property thought to be the product of criminal activity. The owner need never be convicted or even charged with wrongdoing.

In addition, the federal government and many states allow police agencies to keep some or all of the forfeited assets. This not only raises accountability issues, but creates an incentive for law enforcement to focus on crimes that may yield the biggest financial haul at the expense of more pressing investigations.

On Wednesday, Attorney General Jeff Sessions announced he wants to revive a tactic known as “adoptive forfeiture” as part of a plan to more aggressively go after the ill-gotten gains of drug kingpins and other crime lords and to help compensate victims. The effort, however, is bound to result in abuses and ensnare innocent Americans.

Under adoptive forfeiture, local law enforcement can evade more stringent state laws by piggybacking on a federal agency and seizing property under the looser federal guidelines. It essentially undermines the bipartisan movement in many states to require a criminal conviction before initiating forfeiture proceedings, a reform intended to ensure due process for innocent owners caught up in the complex legal maze of civil forfeiture.

As the Institute of Justice, a libertarian public-interest law firm notes, both the Republican and Democrat platforms oppose civil forfeiture, and Rep. Darrell Issa, R-Calif., does a good job of explaining their opposition.

“In too many cases, civil forfeiture has wrongfully harmed innocent Americans through loss of property rights and due process,” he says. “What was once intended to ensure drug dealers couldn’t keep the fruits of their illegal activities has now become distorted by the government to permanently seize property from innocent Americans, often with little recourse or proof of wrongdoing.”

Mr. Sessions vowed to implement safeguards to protect the innocent, but that likely will be a charade. Instead, the attorney general’s announcement should be a clarion call for Congress and state lawmakers.

California recently passed legislation that limits the ability of police agencies to sidestep state law through “adoptive forfeiture.” Other states, including Nevada, should follow suit while also implementing legislation demanding that prosecutors secure a criminal conviction if they hope to permanently confiscate assets. The government should have no right to loot cash and property from those it never even bothers to charge with crimes.

Meanwhile, Sen. Rand Paul, a Kentucky Republican, and Rep. Tim Walberg, R-Mich., have proposed the Fifth Amendment Integrity Restoration Act, described by The Hill as the “most sweeping reform of abuse-prone civil forfeiture law since the 1980s.” Among other things, the bill mandates that all forfeiture gains go into the general fund rather than into law enforcement coffers. It also shifts the burden of proof in federal forfeiture cases from property owners to prosecutors. It deserves a timely hearing.

There’s not much that both Republicans and Democrats agree on these days. But efforts to reform the nation’s forfeiture laws draw support from across the political spectrum. Mr. Sessions’ announcement highlights the urgency of prompt action.