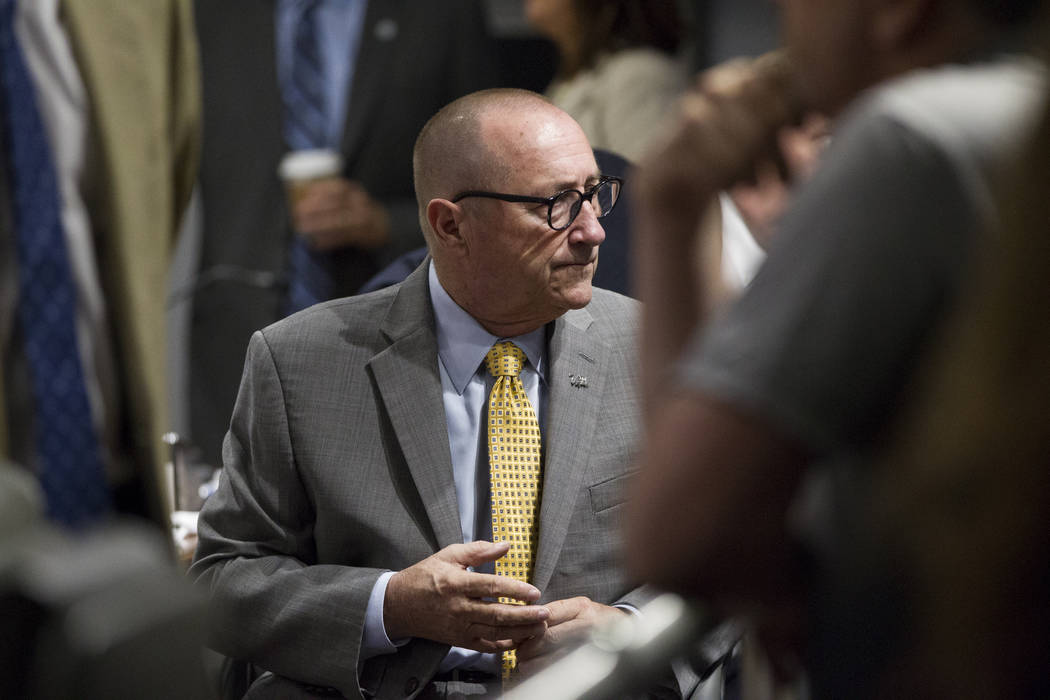 Will the 14 members of the convention authority board now finally do the right thing?

For more than four decades, Rossi Ralenkotter toiled at the convention authority, which last year spent $440 million in room tax money to promote local tourism across the country and the globe. He moved into the agency’s top spot in 2004, and the continued allure of the Las Vegas visitor experience was seen as validation of his leadership and the LVCVA’s efforts.

But the details were a bit more messy. A Review-Journal investigation in 2017 documented a pattern of extravagance and entitlement at the authority. Spending on first-class air travel, lavish gifts, expensive meals and high-end entertainment were common.

The following April, an internal audit revealed that Mr. Ralenkotter — whose yearly compensation package totaled $860,000 — had used $17,000 in Southwest Airlines gift cards, purchased with taxpayer funds, for personal travel. Mr. Ralenkotter apologized and paid back the money — but only after the audit had exposed his misappropriation of funds. A second audit later concluded that authority executives had misused $90,000 in airline gift cards.

When police launched an investigation into the matter, Mr. Ralenkotter announced his retirement, leaving the agency in August 2018. Despite the cloud enveloping his departure, convention authority board members approved an exit deal worth more than $455,000 for the outgoing CEO — on top of his estimated annual $300,000 lifetime pension. The deal included a “consulting” contract that guaranteed Mr. Ralenkotter $15,000 a month for 18 months, a $270,000 handout. A subsequent Review-Journal report found that he was being paid despite having failed to file monthly reports detailing his work.

Mr. Ralenkotter was in court Tuesday and enjoys the presumption of innocence. But there can be no more dissembling from the convention authority about why local taxpayers should be paying someone formally accused of violating the public trust $15,000 a month for a make-work consulting deal.

Mr. Ralenkotter’s “consulting” contract contains language that allows the authority to kill the deal “for any reason.” The proper course of action should be obvious. If the authority board has any hope of salvaging its reputation, it must seize this mulligan and sever its ties with Mr. Ralenkotter.