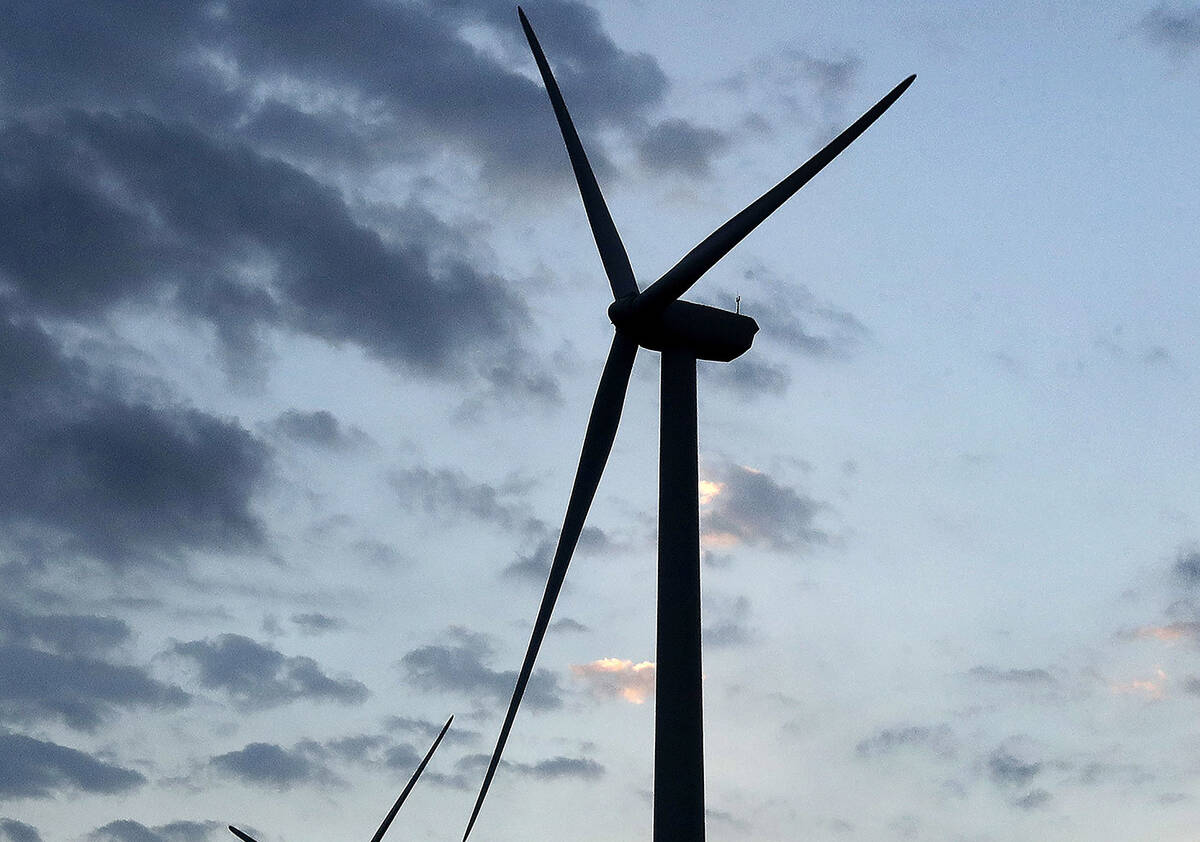 FILE - In this June 1, 2017 file photo, wind turbines, which are part of the Lost Creek Wind Farm, stand against the sky at dusk near King City, Mo. A new study out of Harvard finds that ramping up wind power in America would also dial up the nation’s temperatures. (AP Photo/Charlie Riedel, File)

The radical green agenda represents a testament to the power of wishful thinking over reality. Nowhere is that more true than in California, where bureaucrats have ordered that the sale of new gasoline-powered vehicles be outlawed in just 12 years.

“California is once again leading the way by establishing common-sense standards that will transition to sales of all zero-polluting cars and light-duty trucks in the state,” Kathy Harris of Natural Resources Defense Council said in August after state regulators issued their magical decree.

Ms. Harris is apparently unaware that electric vehicles require manufacturing materials and a power source and can hardly be described as “zero-polluting.” But she had it partially correct in that California is indeed “again leading the way.” Not in common sense — quite the opposite — but in confusing delusional fantasy with sane public policy.

The California power grid, Mario Loyola wrote this week for The Wall Street Journal, is already stressed as the state drops traditional energy sources in favor of renewables. But wind and solar remain unreliable, no matter how much environmentalists wish it weren’t so. A massive expansion in the number of electric vehicles will require a significant upgrade to the grid. That will be “nearly impossible without quickly building dozens of new coal and natural-gas plants,” notes Mr. Loyola, an environmental law professor at Florida International University.

In addition, major grid improvements — in California and elsewhere — must endure the usual permitting delays and hurdles. Yet progressives recoil at proposals to shorten environmental reviews and make it easier to complete energy projects, even green ones. A Senate bill to do just that has languished for months.

“The United States cannot reach its emissions goals, be a climate leader or ensure that our energy is clean, affordable, reliable and secure without permitting reform,” Josh Freed, of the Washington, D.C.-based think tank Third Way, told the website Grist last month.

Mr. Loyola concurs, writing that “under current permitting standards, only a fraction of the necessary infrastructure would break ground” by 2035, the target date President Joe Biden has set for a national clean electricity grid.

Grid issues are just part of the problem. California’s push to mandate EVs — already adopted by a handful of other blue states — will require a much greater access to the materials necessary for battery production. Green activists, however, routinely fight the extraction of these minerals, driving such projects into court. In Nevada, for instance, environmental interests have opposed both the development of lithium mines and NV Energy’s plan for new green transmission lines from Las Vegas to Yerington.

You can bet that California officials aren’t about to approve a host of fast-tracked nuclear and natural gas projects to ensure the state is capable of providing juice to all those electric vehicles in the next few years. And that makes their plan to banish the internal combustion engine about as realistic as ordering residents to travel by magic carpet.