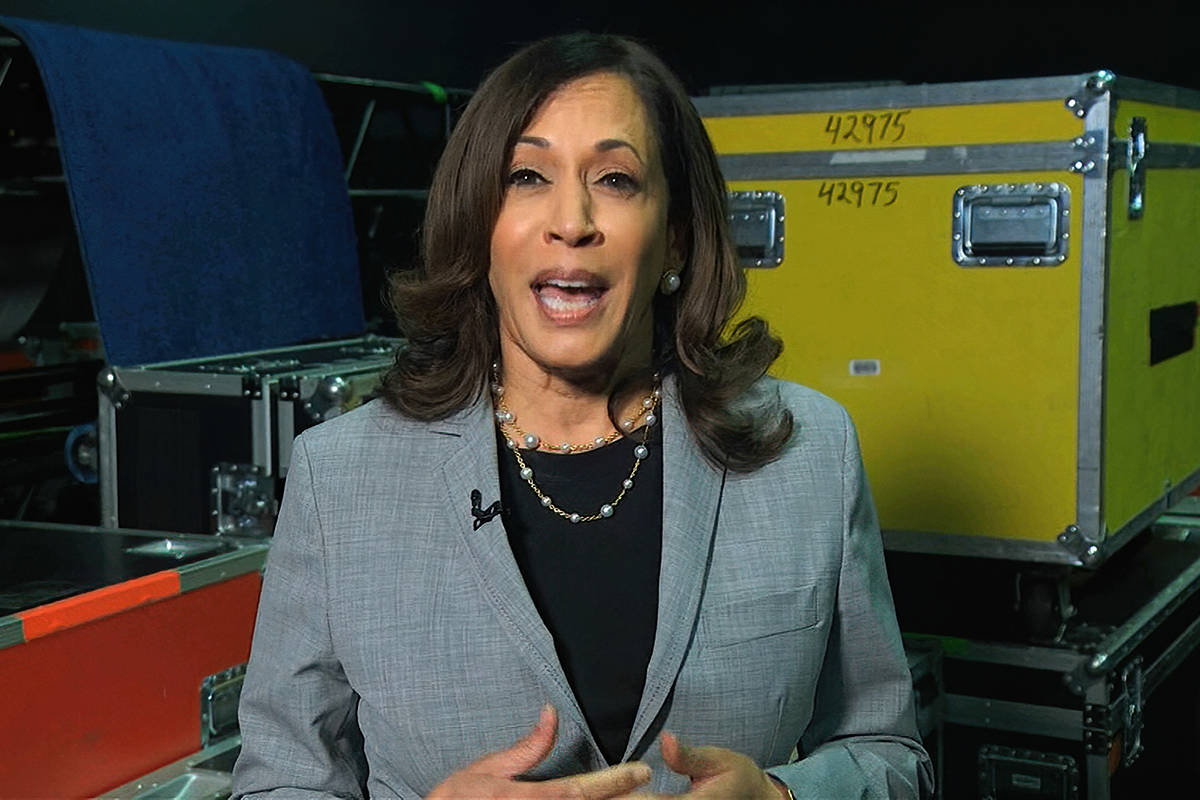 During a campaign stop in Atlanta on Tuesday, Joe Biden referred to himself as Kamala Harris’s “running mate.” As the crowd tittered, he added, “Y’all think I’m kidding, don’t you?”

How Mr. Biden and Sen. Harris choose to govern should they win the White House will be up to them, of course. But let’s take Mr. Biden at his word.

Sen. Harris has been in the upper chamber for three years and ran a failed effort for the Democratic nomination. During that time, she has articulated her positions on a variety of important issues. It’s fair to describe her slant as hard left. On “60 Minutes” this past Sunday, Norah O’Donnell asked Sen. Harris if she would offer Mr. Biden a “socialist or progressive perspective.” Sen. Harris laughed before answering, “No.” She is deceiving voters.

The nonpartisan legislative watchdog group GovTrack ranked Sen. Harris in 2019 as the most liberal member of the Senate, placing her one spot ahead of Vermont’s Bernie Sanders, who identifies himself as a socialist. In addition, the organization determined that Sen. Harris was the Democrat least likely to reach across the aisle to co-sponsor a bill proposed by a Republican. The far-left advocacy group Americans for Democratic Action gave her perfect scores in 2017 and 2018 based on her Senate performance.

None of this is surprising.

Sen. Harris was among the first to board the “Medicare for All” train and has previously supported the elimination of private health insurance. That would entail a takeover of the U.S. health care industry by Washington bureaucrats and the elimination of the employer-based health coverage that so many Americans support. Sen. Harris modified her perspective somewhat during the Democratic primaries, but who would wager against her eventually calling for single-payer?

Sen. Harris is also an enthusiastic supporter of the radical Green New Deal, having co-sponsored the proposal in the Senate. Not content with turning health care over to the federal government, Sen. Harris would also sacrifice the nation’s economy at the altar of feel-good environmentalism by undercutting markets with bureaucratic central planning. The result would drive up energy costs, crippling productivity and job creation, without noticeably affecting global warming.

On other issues, Sen. Harris argues that the Second Amendment does not confer an individual right to bear arms and has hinted she supports mandatory gun buybacks. She has compared Immigration and Customs Enforcement to the Ku Klux Klan. Sen. Harris supports gutting the First Amendment to allow state regulation of political speech.

Biden-Harris? Harris-Biden? Either way, the Democratic ticket cannot accurately be described as “moderate.”