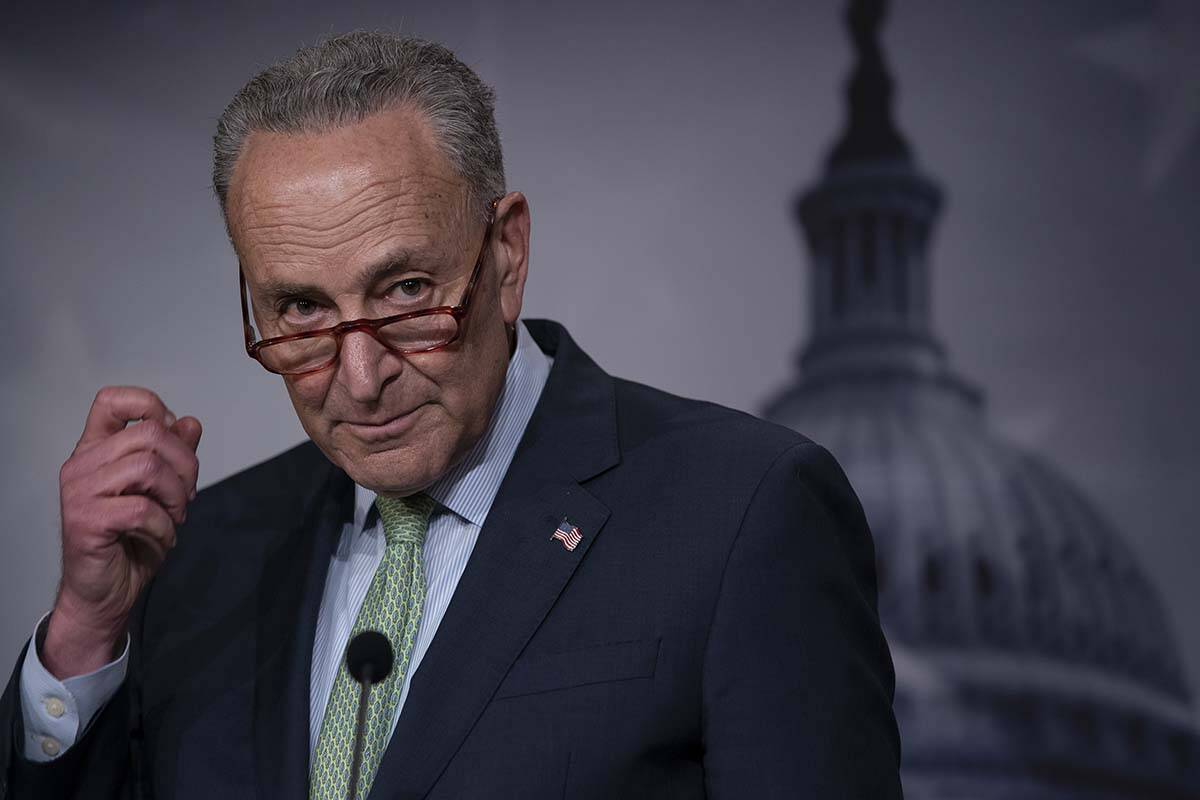 A destructive addiction to instant gratification plagues politicians of all ideological persuasions. But Democrats boiling over angry at the Supreme Court and other conservative bogeymen have allowed the affliction to overwhelm their ability to engage in rational thought and sober analysis.

How else to explain the latest effort — backed by President Joe Biden — to dismantle the Senate filibuster, this time in a pique over the high court’s recent abortion decision. The progressives now dominating Democratic discourse clearly learned nothing from former Senate Majority Leader Harry Reid’s ill-fated decision in 2013 to use the “nuclear option” to confirm a handful of judicial nominees, a move that blew up in the party’s face after Republicans regained control of the upper chamber a year later.

Yet in a monument to the perils of short-term thinking, Democrats are now itching to touch the burning stove top again in an effort to federally codify abortion on demand.

The filibuster is a creature of Senate rules and dates to the 1830s. It requires 60 votes to stop debate on a bill as a means of limiting majority power and forcing bipartisan consensus to enact potentially controversial legislation. Doing away with the tactic, however, would take just 51 votes.

Make no mistake, carving out various exceptions to the filibuster would eventually lead to its complete demise and leave the minority party powerless to check majority overreach. It also fits nicely into the larger agenda of some on the far left, which is to kill the upper chamber altogether because it puts smaller states such as Nevada on equal footing with their larger counterparts. Never mind that such an arrangement was the very point of the institution in the first place.

Thankfully, Democrats don’t have the votes at this point to weaken the filibuster. For this, they should be eternally grateful that Sens. Joe Manchin, D-W.Va., and Kyrsten Sinema, D-Ariz., who have expressed opposition to the move, are able to see beyond the ends of their noses. Are the other 48 Senate Democrats — including Nevada’s Catherine Cortez Masto and Jacky Rosen — so overwhelmed by hubris that they are unable to envision a time when they might again be in the minority? What will they do then to put the brakes on Republicans other than rue their mistake?

“It would be beyond foolish,” Eric Boehm of Reason wrote last week, “for Democrats to willingly walk into this same trap twice in the span of a decade.” Yet the fact that Democrats would consider going down this path again is more evidence that the allure of instant gratification begets foolishness.