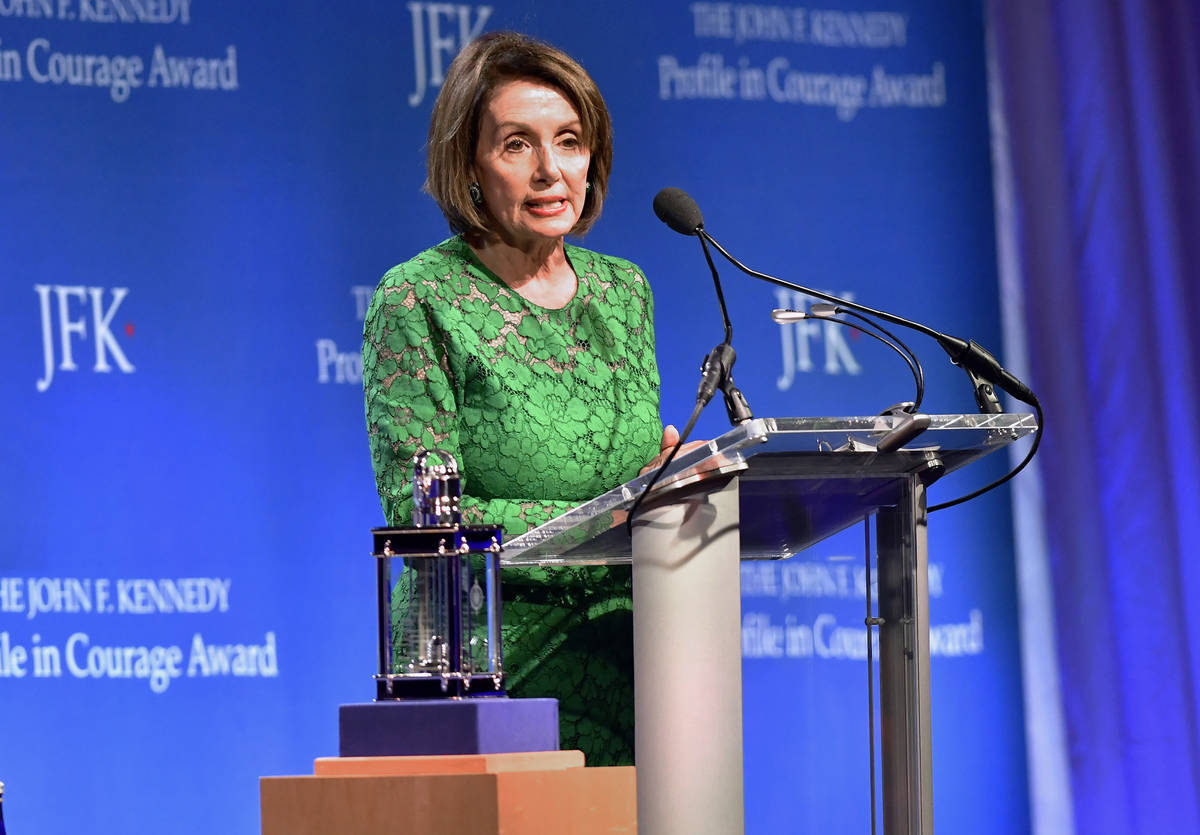 House Speaker Nancy Pelosi said Friday that this election gives Joe Biden a “strong mandate” as president to implement the Democratic agenda. Perhaps the speaker should worry about keeping her job rather than promoting partisan blather.

They still have an outside shot at a tie in the Senate — with the vice president breaking deadlocks — although that will depend on Democrats prevailing in two January runoffs in Georgia, an unlikely scenario. As Nov. 3 approached, the party had hopes of flipping as many as 10 GOP Senate seats. Progressive groups that profess a distaste for money in politics dumped hundreds of millions into efforts to take the upper chamber, far outspending Republican incumbents and even targeting Majority Leader Mitch McConnell. Oops. They might as well have left those greenbacks in the vault and put a torch to them.

Ms. Pelosi fared worse in the House. Democrats confidently predicted a pickup of more than a dozen GOP seats to solidify their majority. They smirked in anticipation of making inroads in traditionally Republican strongholds in Texas and other areas. The speaker’s arrogant swagger resulted in her putting the kibosh on a new coronavirus relief bill in an effort to hinder President Donald Trump politically. The move proved a colossal miscalculation.

They’re still counting in many states, but Republicans defeated at least seven Democratic House incumbents, including one longtime committee chair. If remaining ballots fall their way, the GOP could gain as many as 15 House seats, significantly narrowing their disadvantage. Democrats, on the other hand, failed to defeat a single GOP incumbent. It turns out that wide swaths of the country aren’t jumping to dismantle capitalism, defund the police, nationalize health care or cheer on rioting and looting. In other words, as reason.com’s Robby Soave put it, they aren’t eager to be led by “a Democratic Party held hostage by liberal arts graduates who write their preferred pronouns on their name tags.”

The frustration boiled over last week during a party conference call on the election results. One shell-shocked House Democrat told CNN that Ms. Pelosi’s overconfidence had consequences: “She made everyone walk the plank on qualified immunity, didn’t cut a deal on COVID. Thank God for Biden, or we would have gotten wiped out.” A recurrent theme emerged, according to various media reports: The high-profile and radical progressive caucus now dominating the House was making it more difficult for many party moderates. “Don’t say ‘socialism.’ Don’t say ‘defund the police’ when that’s not what we mean,” said Rep. Abigail Spanberger, a Virginia Democrat whose re-election bid has yet to be decided, CNN reported.

What could Ms. Pelosi say? The Democratic “brand,” in many places, is fast becoming synonymous with the “S” word because the speaker has, with few exceptions, indulged the most extreme members of her caucus — and few of those House Democrats now complaining were eager to stray from the pack, no matter where they now point the finger. Witness the impeachment fiasco. If more moderate House Democrats — including Nevada’s Susie Lee and Steven Horsford — don’t want to be eventually dragged down by their militant leftist colleagues, perhaps they should be more willing to leave the herd in service to their supposed independence.

Democrats have allowed a one-term congresswoman from the Bronx who embraces corrosive identity politics and central planning and has more regard for Venezuela than the United States to become the modern face of their party. How can they then be surprised that millions of independent voters across the nation prefer to leave that “brand” on the shelf?