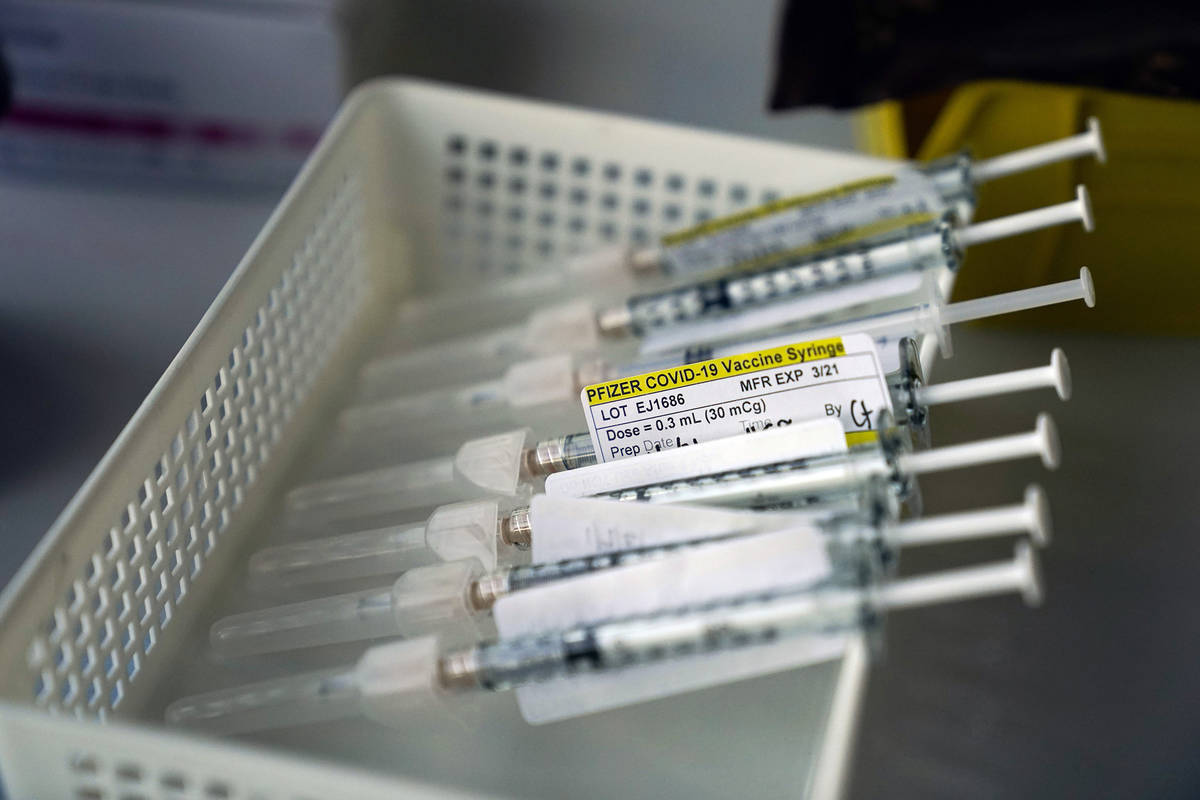 Another week passes, and the state’s COVID vaccination plan remains a catastrophic mess while deaths mount.

The bureaucratic inertia came through loud and clear in a Jan. 9 Review-Journal story revealing that, according to statistics from the Centers for Disease Control and Prevention, Nevada has one of the worst per capita inoculation rates in the United States. That prompted Candice McDaniel, who spearheads the state’s vaccination efforts, to wag her finger at Washington and the CDC. She claimed that the agency’s numbers distort reality because of a reporting lag and that inconsistent serum shipments from the federal government hinder Nevada’s efforts.

As to the reporting delays, wouldn’t they apply to other states also? Absent some rapid boost in the vaccination numbers, which hasn’t happened, Nevada would remain near the bottom regardless. And it makes no sense to complain about vaccine shipments when the state is still sitting on more than 100,000 unused shots. The Trump administration announced last week that it would release more doses to the states, and the Biden administration will certainly do the same.

Caleb Cage, Nevada’s COVID-19 response director, insisted in that same story eight days ago that Gov. Steve Sisolak had ordered various state agencies to convene “next week” in order to spitball ideas about improving the vaccine distribution plan. Nothing like a roaring sense of urgency.

Then on Monday, the governor again emerged to discuss the issue. During a news conference, he announced changes to the state’s approach, dropping the “tier” priority system in favor of a “parallel lane” approach that will supposedly result in more seniors getting shots more quickly. Setting aside the meaningless jargon, the most significant aspect of the change was to lower the priority age from 75 to 70. That’s a step forward, but why not go down to 65, thus encompassing more of the at-risk population?

Gov. Sisolak maintained that the change was a nod to the importance of ensuring the elderly — who constitute more than 80 percent of virus deaths — move up in line for the inoculations. OK. But beyond front-line health care workers, the state continues to use a significant number of precious vaccinations on younger, healthy workers in so-called “essential” industries — many of whom, notably, are government employees at much lower risk of developing serious complications should they be infected with COVID.

In fact, the debate over who should receive the shots and when has slowed the pace of vaccinations across the country, not just in Nevada. “Prioritizing based on occupation is arbitrary,” The Wall Street Journal noted last week, “and will create bureaucratic headaches. … There’s no reason a 25-year-old teacher or grocery worker should get a shot before a 65-year-old.”

The answer is obvious: Provide shots to doctors, nurses and other health care providers who toil in the hospitals and emergency rooms and then vaccinate seniors, starting with the oldest. “It is time for simplification,” Paul E. Peterson argued in a Journal op-ed last week. “To deliver free vaccines with maximum speed, the health-care system needs to follow a simple rule that applies to everyone. … The older the person, the higher the priority.”

If the goal is to reduce deaths while shortening the pandemic, there should be no other option. If Gov. Sisolak needs more persuasion, he should look no further than to his California counterpart, who has been a clear source of inspiration for him over the past 10 months. The Associated Press reported Thursday that Gov. Gavin Newsom “is immediately allowing residents 65 and older to get scarce coronavirus vaccines.” The announcement “puts seniors in line before emergency workers, teachers, child-care providers and food and agricultural workers.”

And whether state bureaucrats call it a “tier” or a “lane,” that’s right where seniors should be.