What’s happening in Dallas is evidence that many teachers like being evaluated — and rewarded — on their performance in the classroom.

In 2015, the Dallas Independent School District instituted a merit pay system for top teachers. Teachers are evaluated based on a combination of student achievement, teacher performance and student experience.

Predictably, the local teachers union strongly opposed the measure. It asserted that paying good teachers more would lead to a mass exodus of quality educators. That threat carries more weight in Texas, where there are more than 1,100 school districts. If teachers didn’t like the merit pay system set up in the Dallas ISD, they have many other employment options.

But, as The Dallas Morning News described in a recent editorial, teachers love it. It’s also helping the district keep its best teachers. Of the teachers receiving a “Proficient II” ranking or higher, 93 percent stayed in the district. Of its master-level teachers, 100 percent stayed. This yet another example of how union officials undermine the financial interests of top-performing teachers.

These are great results, but the news gets even better. Along with merit pay, the district has another program that provides financial incentives for top teachers who move to low-performing schools. The Morning News reports that schools participating in that program have both improved test scores and reduced discipline referrals.

This makes sense. The most important school-controlled factor in student achievement is teacher quality. If a private business ran the public schools, an obvious move would be giving top-performing educators financial incentives to teach in struggling schools. Public schools officials, however, have to deal with unions. Those unions demand pay scales that reward teachers for obtaining advanced degrees and longevity. That makes it easier for unions to negotiate for pay raises, even if those metrics aren’t strongly related to teaching ability.

Unlike in private business, unions have the ability to help elect their bosses. The Morning News predicts that national teacher unions and other liberal organizations will support school board members opposed to these reforms.

That’s similar to what happened here in Nevada. Before the 2019 legislative session, state law mandated that 40 percent of a teacher’s evaluation in the 2019-20 school year would be based on student performance. In 2018, however, the Clark County Education Association spent big in support of Gov. Steve Sisolak and endorsed many Democratic legislators. Little surprise that Democrats pushed through a bill reducing student achievement to 15 percent of a teacher’s evaluation.

When it comes to rewarding teachers for performance, elected officials and the community should listen to educators, not union officials. 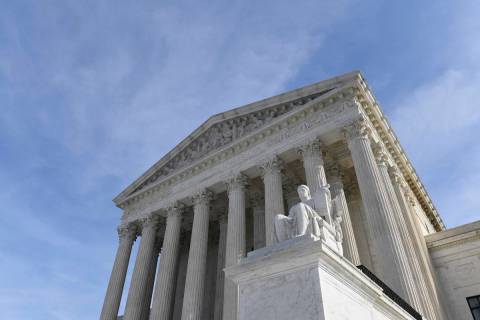