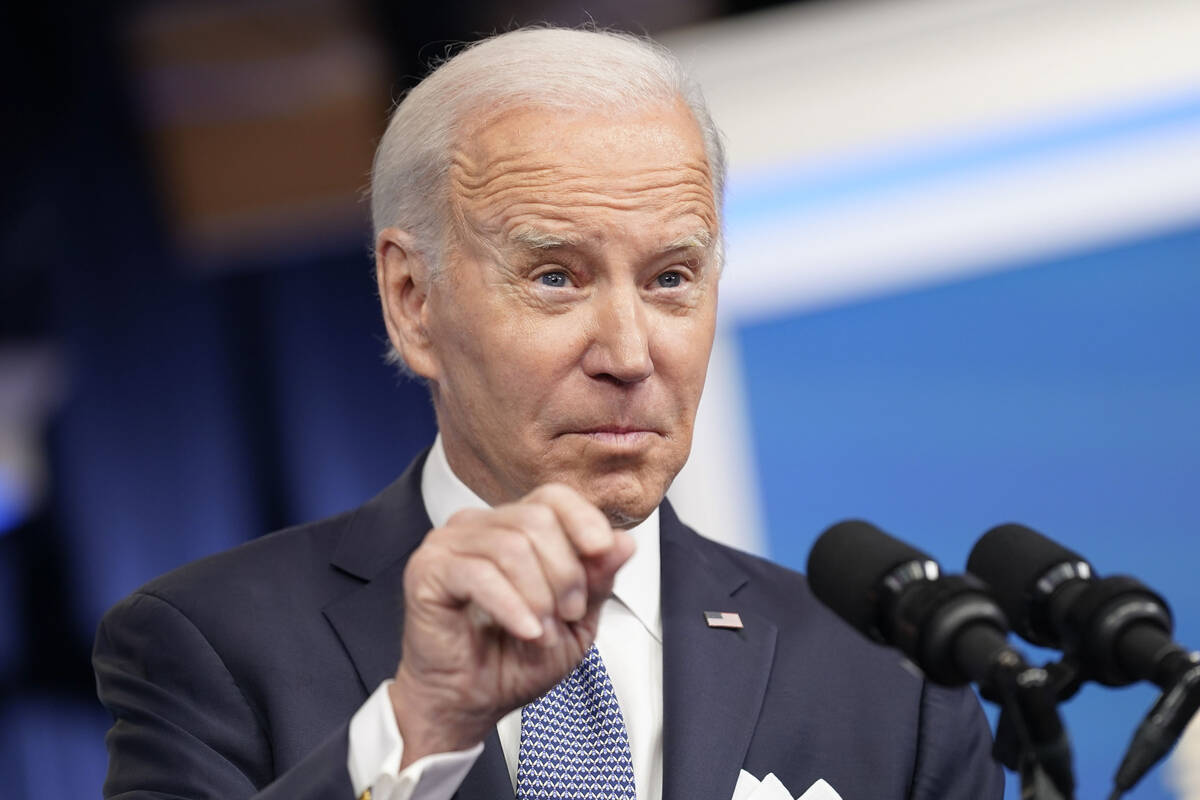 President Joe Biden responds a reporters question after speaking about the economy in the South Court Auditorium in the Eisenhower Executive Office Building on the White House Campus, Thursday, Jan. 12, 2023, in Washington. (AP Photo/Andrew Harnik)

By the time you finish reading this, another set of classified documents may have been found lying around somewhere President Joe Biden has been.

On Thursday, Attorney General Merrick Garland appointed Robert Hur as a special counsel to investigate Mr. Biden’s handling of classified documents. A week ago, that would have been shocking news. But on Monday, the public learned that classified documents were discovered at Mr. Biden’s office at the Penn Biden Center for Diplomacy and Global Engagement. The documents were from Mr. Biden’s tenure as vice president. These records should have gone to the National Archives. Prosecutors have successful convicted people for improperly retaining and storing classified information.

As reported Wednesday, Biden lawyers then found more classified documents. These were at his house in Delaware. Most of them were found in his garage, and one was found in a nearby room. Even more documents could be out there.

If this all sounds vaguely familiar, it is. Former President Donald Trump is currently facing federal scrutiny for — wait for it — improperly retaining classified documents. The FBI even raided his personal residence.

At the time, Mr. Biden blasted Mr. Trump for this.

“How that could possibly happen, how anyone could be that irresponsible,” Mr. Biden said in a “60 Minutes” interview when asked for his reaction to Mr. Trump’s possession of classified documents. He added, “It’s just totally irresponsible.”

As it turns out, Mr. Biden himself could have provided an answer to those inquires. He too held onto classified material.

In response to a query on if the second set of classified documents were locked in a garage, Mr. Biden said, “Yes — as well as my Corvette.”

It’s not every day the president appears to publicly admit he committed a felony. And no, “I stored them next to a fancy car” isn’t a defense that’ll hold up in a court of law or the court of public opinion.

Mr. Biden’s defenders have rushed to proclaim that the president’s hoarding of classified materials was different than Mr. Trump’s. There are differences in the specifics, but the foundational issue is the same.

It doesn’t take a special prosecutor to find the political scandal here. Mr. Biden’s hypocrisy is on full display. Congressional Republicans are rightly clamoring for their own investigation too. The American public deserves to know what happened.

If you publicly attack a political opponent for doing something, it’s a problem when the public learns that you have done it yourself. Mr. Biden is about to learn that the hard way.