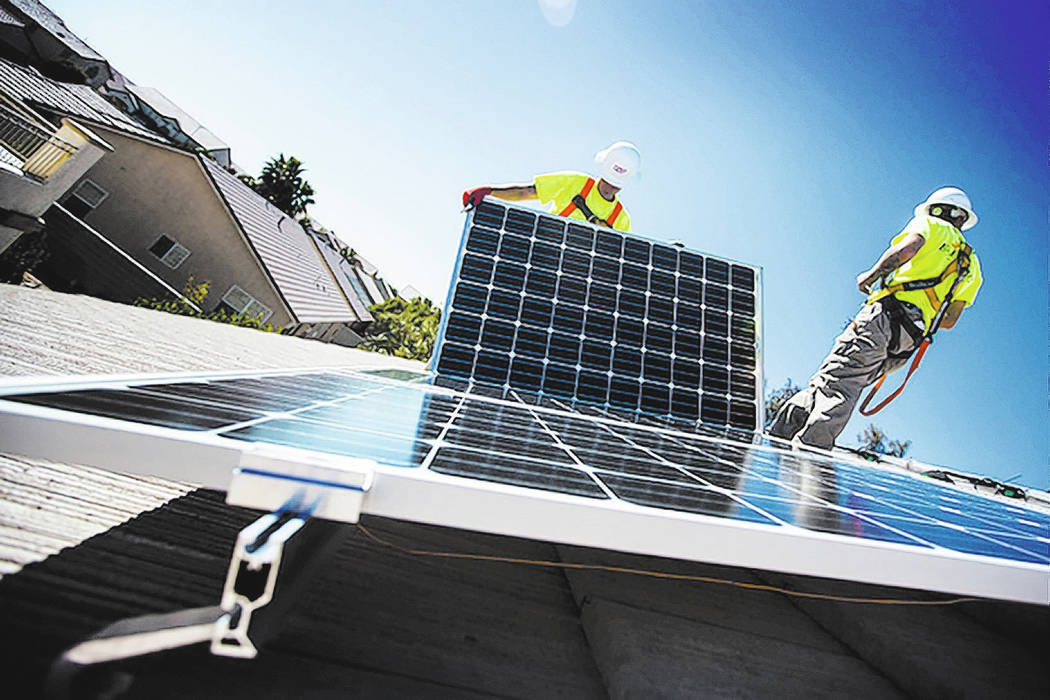 The issue of “affordable housing” is on the agenda of seemingly every Nevada political body, from the Legislature to various local boards. Here’s one easy step: Resist self-serving calls for the state to follow California and impose expensive new green mandates on builders and homebuyers.

Not surprisingly, California recently became the first state to issue such a directive, which will add about $9,500 to the cost of the average home. Proponents claim the panels will save Golden State homeowners an average of $19,000 in energy and related costs over 30 years.

“I’m sure there would be plenty of homeowners excited about this,” Mr. Fanshaw told the Review-Journal. “If you’re streamlining this process, you can reduce cost in the industry and hopefully pass it along to the consumer.”

In Mr. Fanshaw’s parlance, “streamlining the process” apparently means imposing strict mandates on the market. And to those homebuyers who might prefer lower upfront costs to theoretical savings spread over three decades? Well, Mr. Fanshaw and his colleagues at Environmental America know best.

In fact, this proposal makes no sense on myriad levels.

First, the idea of Nevada importing housing policy from a state that has become a national basket case in that area is laughable, to say the least. Second, if homeowners are so excited about solar panels, they are currently free to have them installed. The fact that Mr. Fanshaw and Environmental America prefer to advance their policy goals through the heavy hand of state compulsion rather than consumer choice is quite telling. Finally, larger-scale community solar projects, by most accounts, are much more cost-efficient than rooftop solar, which survives only through “net-metering” subsidies.

If Nevada and Las Vegas officials hope to keep home prices affordable, why on earth would they seek to mimic California and potentially price thousands of residents out of a home? If the folks at Environmental America believe there is a “missed opportunity” in Nevada, let them enter the state’s homebuilding market and convince potential buyers of the many benefits inherent in paying $10,000 more to purchase a residence with pre-installed solar panels.

In the meantime, Nevada policymakers should ignore this unfortunate collision between progresssive environmental Nanny Staters and crony capitalism.