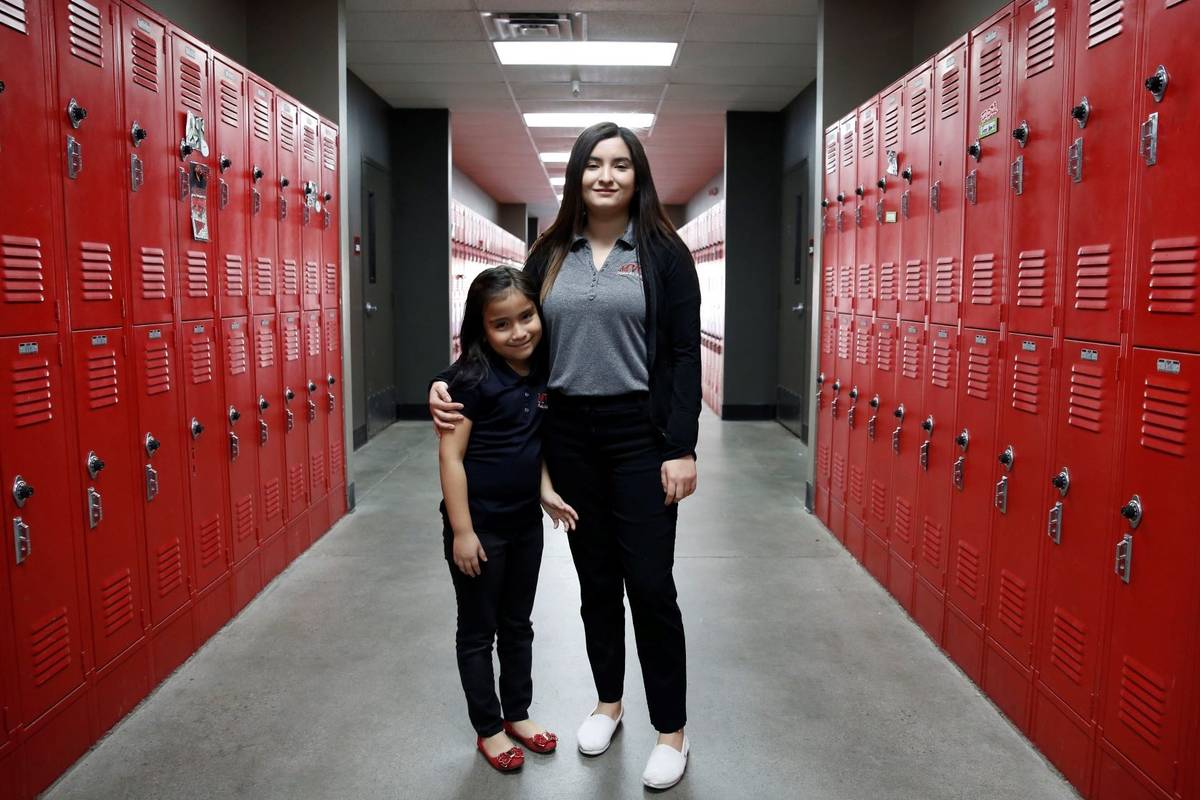 Daniela Lopez, a high school senior at Mountain View Christian School, right, poses for photo with her sister, Kiara Alvarez Vega, 6, also a student at MVCS, inside their school in January 2018. Daniela was able to attend Mountain View as a result of Nevada's school choice program. (Bizuayehu Tesfaye/Las Vegas Review-Journal)

Choice opponents frequently contend that giving parents educational options is a betrayal of students who remain in the public schools. That argument is a red herring for many reasons. The primary responsibility of parents is to their children. Parents should be encouraged — not shamed — for taking steps that help their kids become better prepared for productive lives. In attacking choice, members of the education establishment are simply shifting blame for their own failures.

Of equal significance, that argument doesn’t hold up to empirical scrutiny. A 2016 effort looked at 33 studies that attempted to answer the question of how school choice affected students who remained in the public schools. The review found that 31 studies concluded that competition improved outcomes for public school students. One found no change, and one found a negative effect. Those studies covered programs across the country, including Florida, Wisconsin, Ohio and Indiana. Forcing public schools to compete for students makes public schools stronger.

“We find that all four measures of competition (distance, density, diversity, and concentration) are positively related to student performance on state math and reading tests,” researchers from UC-Davis and Northwestern wrote for Education Next in regard to Florida’s choice program. They added that “these results provide evidence that public schools responded to the increased threat of losing students to the private schools.”

That’s good for all students.

A recent study out of the University of Arkansas takes an even broader view. It notes the rapid expansion of school choice over the past two decades and the relatively flat or declining scores on the National Assessment of Education Progress, aka the Nation’s Report Card. This study sought to answer the question: “Is educational freedom still associated with academic performance in the states, or do other state characteristics and policy reforms better predict where students are and are not learning?”

Researchers ranked states in four areas — private school choice, charter schools, homeschooling and public school choice — to create an Education Freedom Index. It then used regression models to determine if there was a correlation between educational freedom and NAEP scores.

As often happens on education rankings, Nevada found itself near the bottom, ranking 47th on the Education Freedom Index. Its highest categorical ranking was 19th for charter schools. That would be in line with the study’s findings — fewer options for parents translates into stunted test scores for students.

Interestingly, the researchers didn’t find a “consistent significant association” between NAEP scores and either per-pupil spending or class sizes, which throws cold water on the education establishment’s mantra of “more money, more money.”

Yet the education debate in Carson City for the past few sessions has been dominated by those pushing for massive tax increases as the magic elixir for the state’s embarrassing student test scores. Meanwhile, legislative Democrats have gutted or shelved efforts to provide Nevada parents with more school choice.

Correlation doesn’t prove causation, of course. But the Arkansas study is yet more evidence that choice leads to achievment gains for students and can help improve the public schools through increased accountability. So why do Democrats in the Legislature remain wedded to policy proposals that have repeatedly failed at the expense of the children?