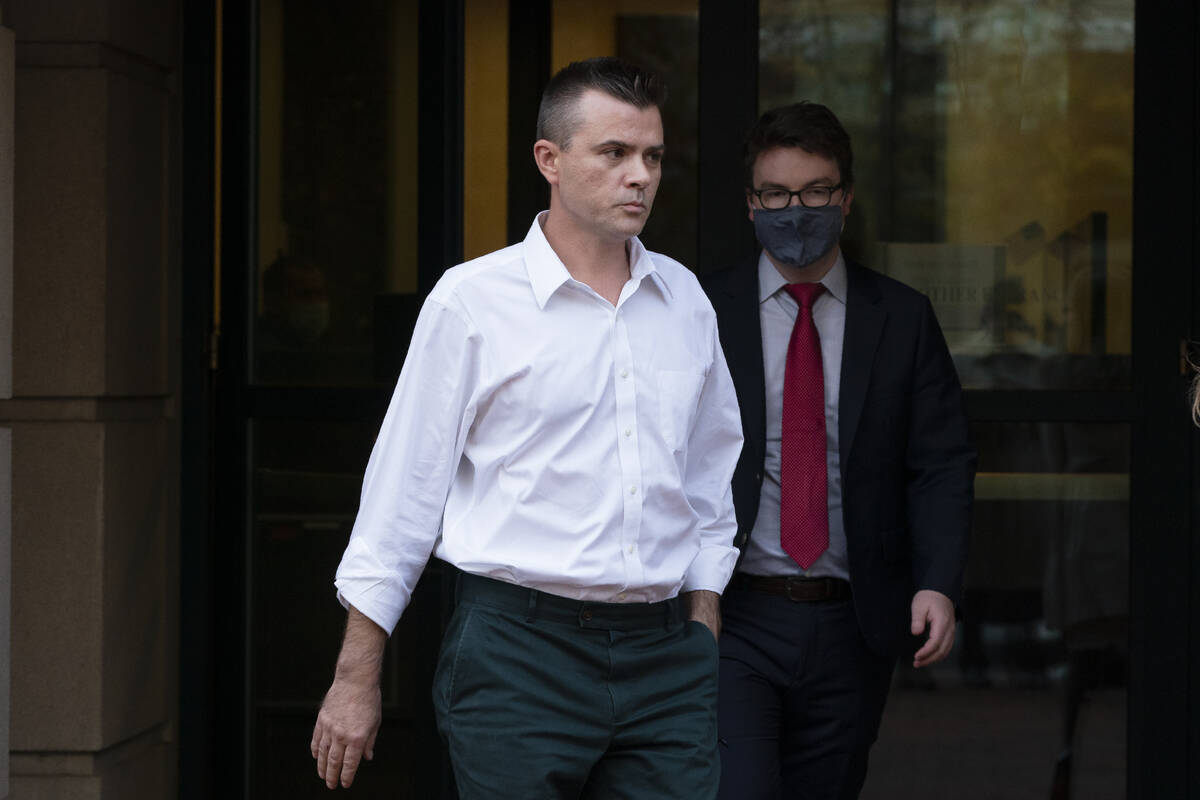 Igor Danchenko leaves Albert V. Bryan United States Courthouse in Alexandria, Va., Thursday, Nov. 4, 2021. Danchenko, a Russian analyst who contributed to a dossier of Democratic-funded research into ties between Russia and Donald Trump, was arrested Thursday on charges of lying to the FBI about his sources of information, among them an associate of Hillary Clinton. (AP Photo/Manuel Balce Ceneta)

It might be more informative to think of the infamous Steele dossier as the Clinton dossier.

This month, special counsel John Durham charged Igor Danchenko, a Russian citizen, with five counts of lying to the FBI. Mr. Danchenko is far from a household name, but he played a key role in the creation of the Steele dossier, which led to the trumped up (pun intended) Russian collusion frenzy.

The Steele dossier claimed that the Russian government “had been cultivating, supporting and assisting” Donald Trump for several years. Its efforts supposedly included feeding Mr. Trump intelligence on his political opponents, including Hillary Clinton. Based in part on salacious and ridiculous personal allegations, it claimed the Russian government had the ability to blackmail Mr. Trump.

It’s hard to overstate the political ramifications of these assertions. The FBI used them to justify investigating Mr. Trump’s campaign. That Trump was a little more than Russian stooge was an article of faith among many on the left. Among the most prominent conspiracy theorists was House Intelligence Chair Adam Schiff.

The national mainstream media dug furiously into the story. The New York Times and Washington Post won the Pulitzer Prize for reporting related to Mr. Trump and Russian collusion. The Post reported proudly that its stories “helped set the stage for the special counsel’s ongoing investigation of the administration.” That was the Mueller investigation, which ultimately concluded that Mr. Trump didn’t collude with Russia. It did, however, do enormous political damage to the 45th president. Five years later, the truth is coming out.

The indictment of Mr. Danchenko “notes the Clinton campaign paid its law firm, which paid the opposition-research firm Fusion GPS, which paid Christopher Steele, who ‘retained Danchenko as a contractor,’” Kimberley Strassel wrote last week in The Wall Street Journal. “Whether or not Mrs. Clinton was aware of any of this, there is no question her campaign got a Russian assist.”

On Friday, The Post corrected and removed significant chunks of two past articles it wrote on the Steele dossier. Those articles originally claimed a Belarusian American, Sergei Millian, was a source for some of the information in the dossier. It also amended a dozen other stories that made similar claims.

Based on the indictment, it appears much of the dossier was the product of Mr. Danchenko’s imagination. The indictment asserts that he then lied to the FBI about where he got his information. It suggests gross incompetence — or worse, a political agenda — that the FBI didn’t ferret this out years ago.

The crumbling of the Steele dossier has revealed that many of the supposedly nonpartisan institutions Americans once relied on have some soul-searching to do.