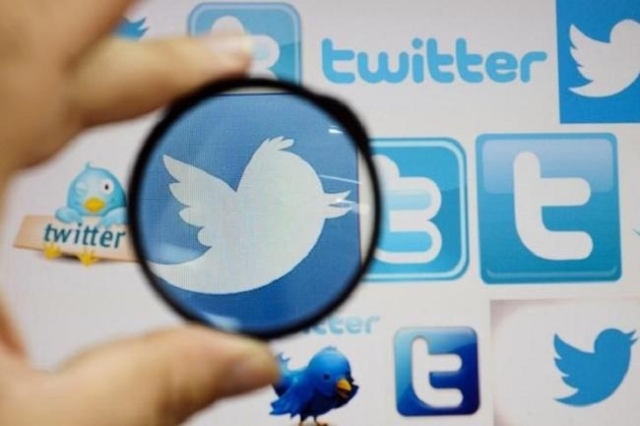 A person holds a magnifying glass over a computer screen displaying Twitter logos, in this picture illustration taken in Skopje September 10, 2013. REUTERS/Ognen Teofilovski

Back in 2011, Twitter co-founder Biz Stone boldly declared that “freedom of expression is essential,” and that while some tweets on the social media platform might “downright anger a vast majority of users” — and that while even Twitter itself didn’t always agree with what its users chose to tweet — the company would “keep the information flowing irrespective of any view we may have about the content.”

Five years later, however, that pledge has pretty has much fallen by the wayside.

Last month, the social media platform rescinded the “verified” user status of ring-wing pundit Milo Yiannopoulos, and, in the weeks since, has also banned controversial right-wing writer Robert Stacy McCain, as well as censor a hashtag protesting the move.

Why did Twitter take these actions? Presumably because they align with the mission of its new Trust and Safety Council. The council, unveiled by Twitter CEO Jack Dorsey earlier this month, strives to “ensure people can continue to express themselves freely and safely on Twitter,” while also striking “the right balance between fighting abuse and speaking truth to power.”

While Twitter, much like college campuses, claims to support all things diversity, the makeup of this council shows that the company has no interest in true diversity of thought. As Mr. McCain pointed out in a recent interview with San Francisco Chronicle columnist Debra J. Saunders, of the 40 organizations on the council, many are left-leaning and none is conservative or libertarian. If Mr. Dorsey truly valued diversity, he wouldn’t have assembled what amounts to an echo chamber that places liberal thought-police ideology over (truly) free speech.

The moves against Mr. Yiannopoulos and Mr. McCain, as well as the formation of the council, have prompted a couple of well-known conservative users to leave Twitter. Blogger Ace of Spades announced that he’ll be cutting way back on the time he spends using Twitter, limiting his posts to links to his site, and actor and conservative commentator Adam Baldwin — who has 230,000 followers — says he’s leaving the platform entirely.

It should be noted that Twitter isn’t a public entity — it’s a private company (though publicly held) — and this is therefore not a First Amendment violation. Mr. Dorsey and his council are free to do as they wish with their platform. But if they think squelching uncomfortable speech is going to salvage their tanking stock, which is down by more than 50 percent since April of last year, they’re going to find out otherwise.

The answer to speech you don’t like is always more speech, whether it involves government agencies, college campuses or social media. Twitter would do well to learn that lesson soon.