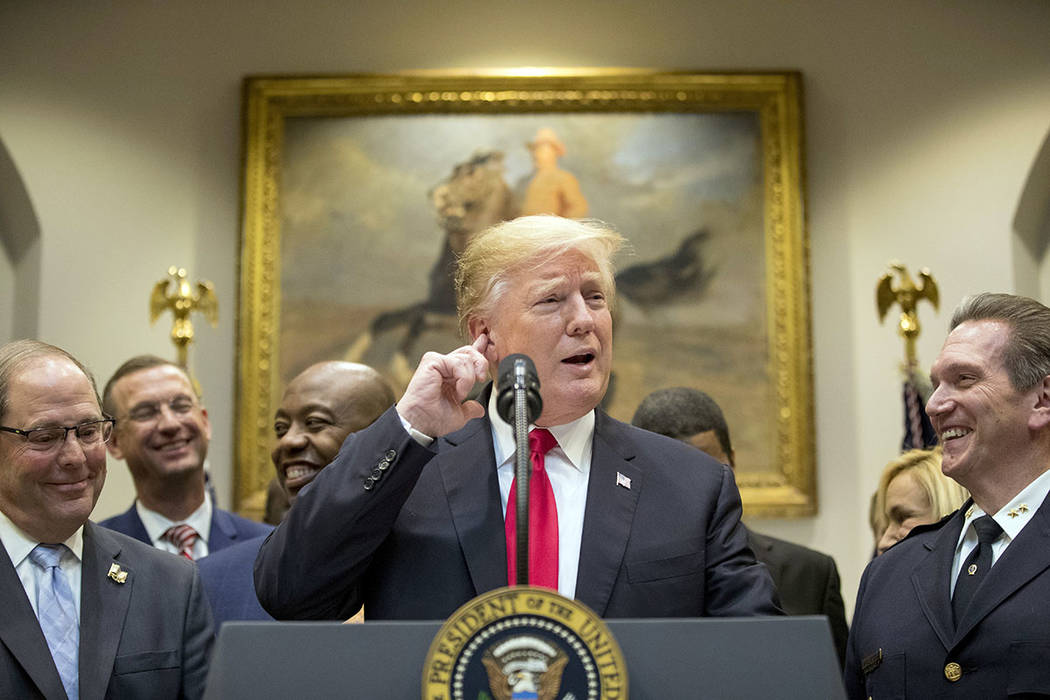 President Donald Trump speaks in the Roosevelt Room of the White House in Washington, Wednesday, Nov. 14, 2018, as he announced his support for the first major rewrite of the nation's criminal justice sentencing laws in a generation. (AP Photo/Andrew Harnik)

For decades, a small cadre of reformers pushed whichever president occupied the Oval Office to use his pardon power more frequently and put a lid on draconian federal sentences that put low- and midlevel offenders away for decades, even life.

The problem they face on the week President Donald Trump issued pardons and commutations to 11 nonviolent offenders is that they got their wish — except for the Trump part.

It’s odd because in his fashion, Trump relates to the prison community, as was clear when he presided Thursday over a graduation ceremony for 29 ex-offenders who participated in the Hope for Prisoners program in Las Vegas.

Trump has a healthy distrust of federal prosecutors. Of course, most want to lock up bad guys to protect the public, for which voters should be grateful. But they often do so with a ruthlessness that is chilling.

No doubt Trump’s distrust of the criminal justice system has been stoked by special counsel Robert Mueller’s Russia probe, which, after more than two years, found no coordination between the Kremlin and Trump Tower. The investigation dragged on far beyond the point when Mueller and company should have realized they didn’t have the goods they sought.

It was deliciously ironic to hear former FBI Deputy Director Andrew McCabe complain after he learned the government would not charge him for making inaccurate statements to the FBI, “It is an absolute disgrace that they took two years and put my family through this experience for two years before they finally drew the obvious conclusion and one they could have drawn a long, long time ago.”

If only Mueller’s team thought two years was too long for the country to wait for its probe to end.

I perused the list and didn’t see any miscarriage of justice, per se. It’s refreshing to see a president who is not afraid to recognize people who have served their time and turned their lives around or to reduce draconian sentences for nonviolent offenders. This is what criminal justice reformers have wanted for decades.

But there’s no path for 14,000 applicants who have asked for clemency the old-fashioned way. And I can’t shake the feeling that it’s more about Trump and his feelings and who he likes than justice.