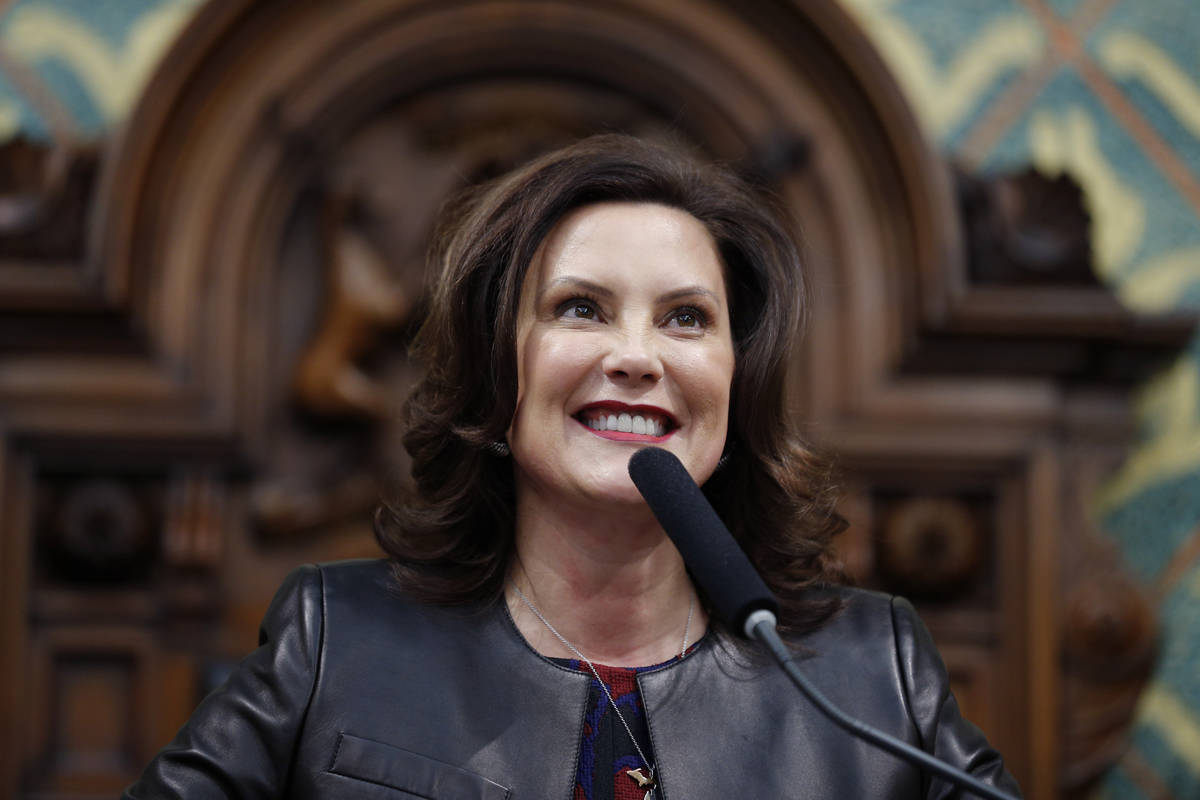 Michigan Gov. Gretchen Whitmer delivers her State of the State address to a joint session of the House and Senate, Wednesday, Jan. 29, 2020, at the Michigan State Capitol in Lansing, Mich. (AP Photo/Al Goldis)

When historians look back at America’s handling of the coronavirus outbreak, they likely will cite Michigan Gov. Gretchen Whitmer as the best example of how not to contain a pandemic in your state.

The Democratic governor has turned her state into the heart of COVID-19 resistance. On Wednesday, protesters shut down the roads in Lansing, the state’s capitol, in a protest dubbed “Operation Gridlock.”

Whitmer responded to the outrage of her constituents thusly: “I know that people are angry and that’s OK, and if you want to take it out and send it my way, if it makes you feel better, that’s fine. I support your right to free speech, and I respect your opinions. I just urge you, don’t put yourself at risk and don’t put others at risk either. I was really disappointed to see people congregating, not wearing masks. I saw someone handing out candy to little kids barehanded.”

She did everything but brand her critics “barbarians at the gate” — unwashed hordes who stand against the good people who stay home and don’t make waves — when her provocative attitude and policies truly were a problem.

Consider the name of her stay-at-home orders: “Temporary requirement to suspend activities that are not necessary to sustain or protect life.”

Her order should have prohibited activities that spread the virus — that’s what public safety requires. Instead, Whitmer took her moment of power to tell her own constituents that they should not do anything that possibly could make their confinement more pleasant or productive.

An example: “Private gatherings of any number of people occurring among persons not part of a single household are prohibited.” So if you’re a healthy single person, you can’t sit down with a neighbor — it doesn’t matter if you practice social distancing. You are not supposed to exercise your judgment. Your purpose is to obey.

If residents have a second home, they are not allowed to go to it.

Wolverines can kayak but not use a motorboat. Somehow that is supposed to save lives.

Whitmer has a talking point that explains her invasive rules.

Former NFL player and Michigan resident Mark Campbell, who recently visited the White House, told President Donald Trump that he believed he contracted the coronavirus when he touched a gas pump during a ski trip. Campbell has since recovered.

Whitmer frequently shares Campbell’s story. She then notes that COVID-19 can live on stainless steel for 72 hours. “Think about how many people touch a gas pump handle in the span of three days and that’s why we don’t want anyone on the road who doesn’t have to be there,” she recently told reporters.

Americans now know which measures should be taken when touching surfaces that many others have touched — even if Whitmer assumes voters, including savvy first responders, have no common sense.

Whitmer’s name pops up among possible running mates for former Vice President Joe Biden. Her criticism of Trump’s handling of the outbreak raised her profile. Ditto Trump’s warning to Vice President Mike Pence during a coronavirus task force briefing not to call “that woman from Michigan.” (Pence nonetheless has called her.)

It gave Whitmer’s brand a boost when she appeared on “The Daily Show” wearing a T-shirt that said, “That woman from Michigan,” and insisted she has no energy for politics.

Maybe her next T-shirt could say: “Nanny state scold.”

Even Trump, albeit with the help of Drs. Deborah Birx and Anthony Fauci, has been able to unite the country behind social-distancing guidelines. By going too far, Whitmer has discredited that very effort.