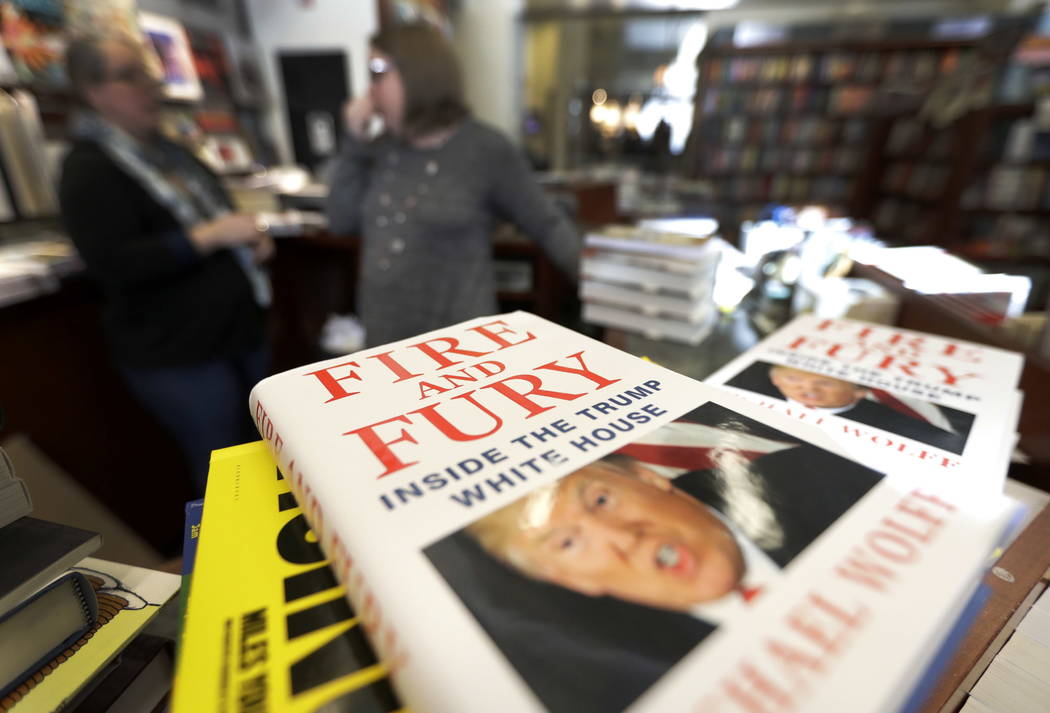 Copies of the book &quot;Fire and Fury: Inside the Trump White House&quot; by Michael Wolff are displayed at Barbara's Books Store Friday, Jan. 5, 2018, in Chicago. (AP Photo/Charles Rex Arbogast) 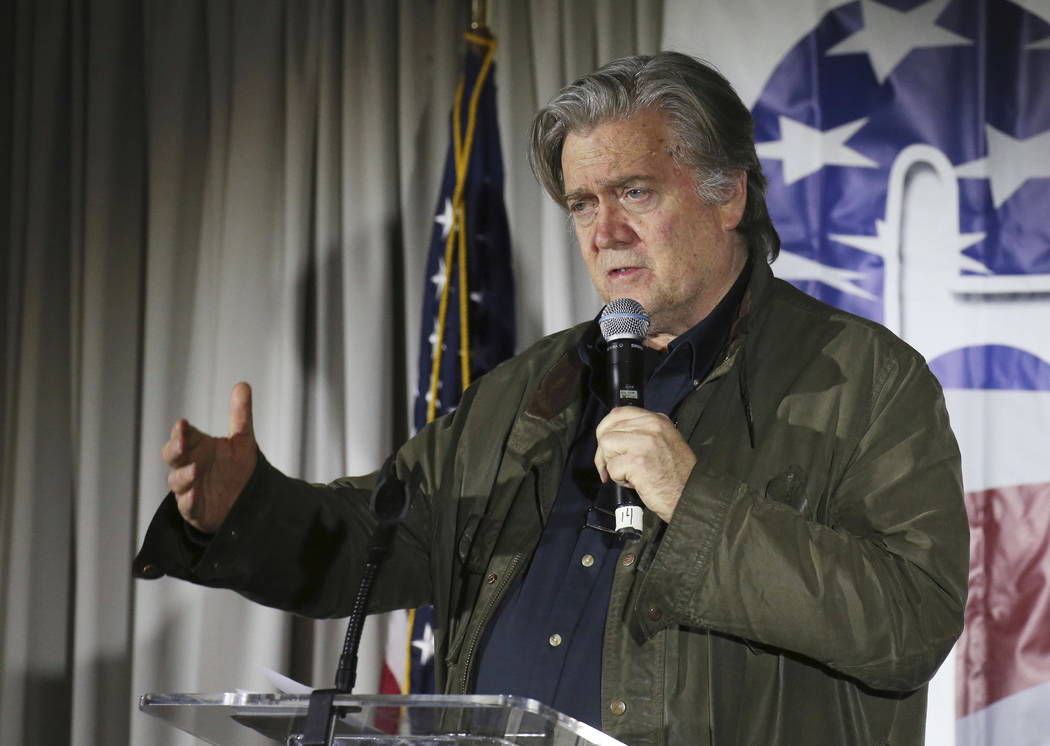 In this Nov. 9, 2017, file photo, Steve Bannon, speaks during an event in Manchester, N.H. President Donald Trump is blasting his former chief strategist ahead of the release of a new, unflattering book.(AP Photo/Mary Schwalm, File)

WASHINGTON— As a candidate for president, Donald Trump assured voters that if elected, he would hire “the best people.” It was a claim that suggested Trump didn’t need years of Washington experience because, well, as Trump boasted in “The Art of the Deal,” “my philosophy is always to hire the best from the best.”

A shrewd eye for top talent? That’s not the view from Washington.

The fallout from the release of Michael Wolff’s new book, “Fire and Fury: Inside the Trump White House,” with its devastating quotes about Trump and family unloaded by former White House chief strategist Steve Bannon, reveal how overrated Trump’s instincts have been when it comes to choosing the best people for the job.

The White House has cited inaccuracies in the book. For example, there’s an account of Trump not knowing who former House Speaker John Boehner was when the late Fox News giant Roger Ailes recommended that Trump hire Boehner as his chief of staff. In fact, Trump mentioned Boehner repeatedly before then.

Also, Wolff himself acknowledges that at times he chose which conflicting version of events to report. And Wolff did not enhance his credibility when he said on the “Today” show, “I certainly said what was ever necessary to get the story.”

The thing is, though, you don’t have to see Wolff’s words as gospel – for example, you don’t have to believe Trump initially wanted to name Bannon or his son-in-law to be his chief of staff – to see how flawed Trump’s judgment has been when it came to staffing the West Wing and his campaign.

Don’t take Wolff’s word for it. Listen to Trump.

On Wednesday, the White House released a statement in which Trump savaged Bannon.

“Steve pretends to be at war with the media, which he calls the opposition party, yet he spent his time at the White House leaking false information to the media to make himself seem far more important than he was. It is the only thing he does well,” read the statement.

Trump also made the mistake of hiring Manafort to run his campaign, despite Manafort’s known ties to Moscow. Special counsel Robert Mueller’s office has charged Manafort with multiple felony counts. Manafort says he is not guilty.

When Trump is unhappy with a member of his team, he lets everyone know. Trump has berated Attorney General Jeff Sessions for recusing himself from the Russia probe. Just last month, Trump complained to The New York Times that Sessions was less loyal to him than former Attorney General Eric Holder had been to President Barack Obama.

Trump undercut Secretary of State Rex Tillerson when he tweeted that Tillerson was “wasting his time trying to negotiate with Little Rocket Man,” aka North Korean leader Kim Jong Un.

“It was all him,” Spicer said. “No one from the White House. That was a DOJ decision.”

While Trump’s demand for loyalty from White House staff is legendary, it is not returned. In one interview, Trump had turned his own spokesman into a liar, if an unwitting one. In Washington, credibility is a currency. And Trump snatched it from an aide for no apparent gain.

Add Mueller to the mix, and former staffers have added reason to counterpunch the counterpunching president.

Max Bergmann, of the left-leaning Center for American Progress, opined that with the Russia probe staring down at Trump, Trump Jr., Kushner and Manafort, “this is Bannon seeing the avalanche coming and running for the exits.”

Or maybe working for Trump doesn’t bring out the best in a person — if you actually hire the best person.

“What can it be like to work for Donald Trump?” University of Virginia Miller Center researcher Ken Hughes asked. “You have to let off steam.”