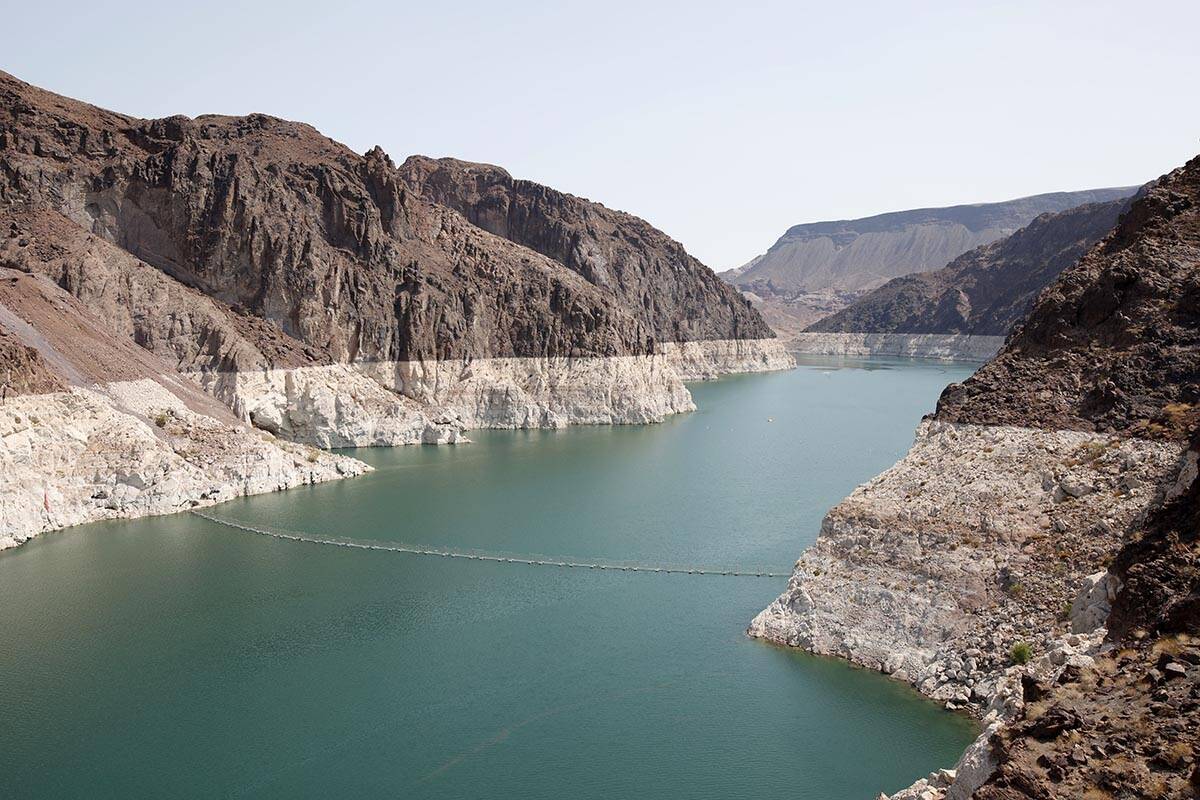 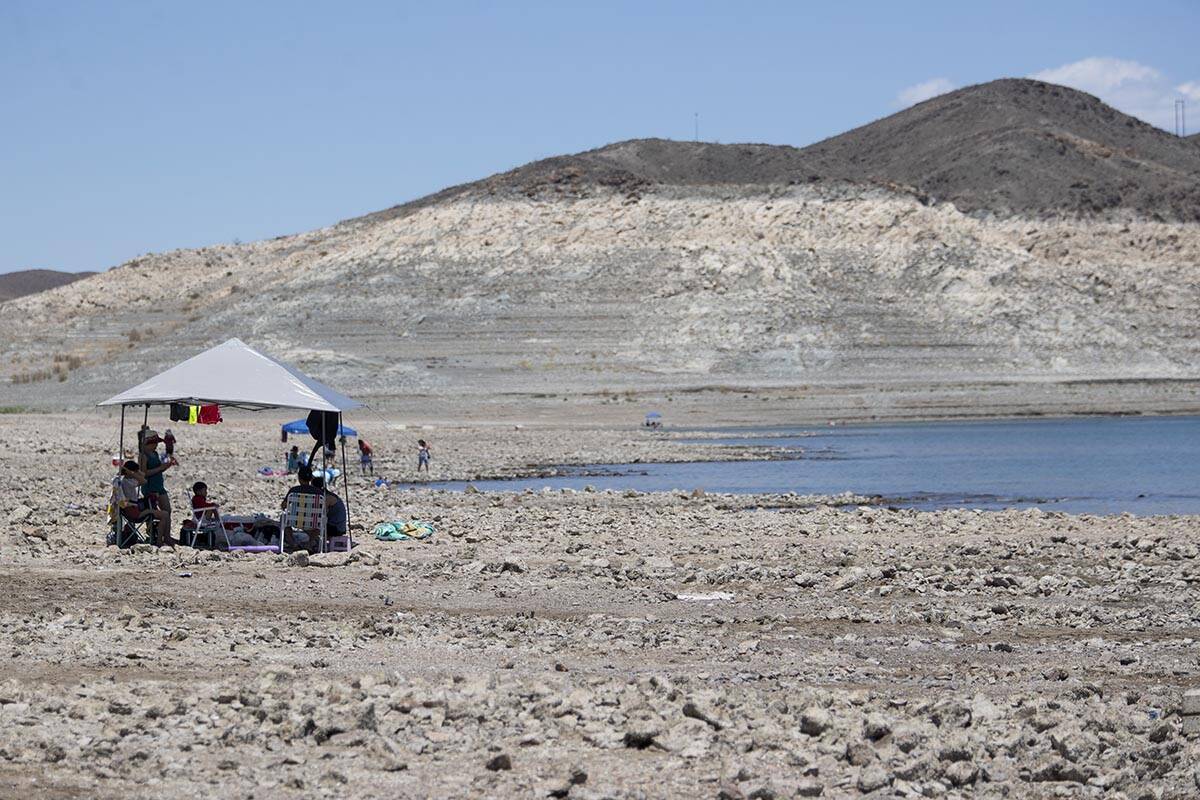 The bathtub ring and the shoreline at Lake Mead are larger due to the receding water levels. (Erik Verduzco / Las Vegas Review-Journal)

In Nevada, we’ve known about the water crisis for years.

The white “bathtub ring” around Lake Mead is obvious, but now the lake level has fallen so low that we’re finding decades-old murder victims in once-sunken steel drums.

But in an uncharacteristic bit of foresight, Southern Nevada has long treated the water crisis with the urgency it deserves. We’ve been steeling ourselves against drought for a long time.

Nevada pioneered recycling, retreating and reusing every drop of water used indoors. We’ve restricted outdoor water use for years. We’ve offered people rebates for removing grass and showcased desert plants that can get by with much less water.

Realizing that Lake Mead’s intake pipes could someday be above the surface, the authority tunneled under the bottom of the lake to install a pipe that would never run dry. Most recently, the Legislature banned decorative turf.

About the only thing we haven’t done is put restrictions on new home development, but that’s another column for another day.

In Southern California, things are starting to get serious. Some areas served by the Metropolitan Water District in Los Angeles have come under watering restrictions that would be familiar to any Las Vegan. Residents have been asked to shorten their showers and avoid baths. There are rebates for pulling out grass and a ban on watering decorative turf. Our water authority is contributing to a water-recycling project in Southern California to cut down on use there.

But last month, the California Coastal Commission denied a project that might have been part of the solution — not just for California, but for all the states that draw their water from the Colorado River. Commissioners unanimously rejected a $1.4 billion desalination plant in Huntington Beach that would have produced 50 million gallons of drinkable water per day.

The plan had been discussed for more than 20 years.

I know something about this project. I grew up in Huntington Beach, within a couple miles of where Poseidon Water planned to build its plant. My favorite beach spot was about a mile up the road. I still love the city and visit often.

And I supported the idea wholeheartedly, unlike many of my former neighbors, who turned out in force to protest the plant.

I wasn’t alone in supporting it. Democratic Gov. Gavin Newsom famously told the Bay Area News Group editorial board in April that “we need more tools in the damn tool kit. We are as dumb as we want to be. What more evidence do you need that you need to have more tools in the tool kit than what we’ve experienced? Seven out of the last 10 years have been severe drought.”

It’s not often you find Newsom in agreement with the conservative editorial page of the Orange County Register, but there you go.

Opposition centered primarily on the threat to marine life, increased costs to water ratepayers (although no local water district had signed an agreement with Poseidon to buy the water) and some generous public subsidies, some in the form of private activity bonds typically used for affordable housing. But if we have to choose between using those bonds for more water or building a train to Victorville, it’s clear which we need more.

Another objection: the fact that the water wasn’t immediately needed in northern Orange County.

But that water is needed in Nevada, and the more California can produce, the less it will need to take from the Colorado, and the more the other basin states can share. It’s not like California doesn’t have working desalination plants: There are 12 operating now, and another one proposed down the Pacific Coast Highway in Dana Point. That plant, in fact, is being designed to suck in seawater from under the ocean floor, minimizing the harm to marine life.

So it can be done.

The Coastal Commission insisted it doesn’t oppose desalination in general, only this particular plant. Let’s hope that’s the case. It would have been better had the commission and the company tried harder to mitigate the problems with Poseidon’s Huntington Beach plant, maybe redesigning the intakes or powering it at least in part with renewable energy, even if the cost increased. Because the water crisis is only going to get worse, and everybody from San Diego to Colorado is affected.

The time may come — and sooner rather than later — when larger sacrifices have to be made for us to keep living in a desert.