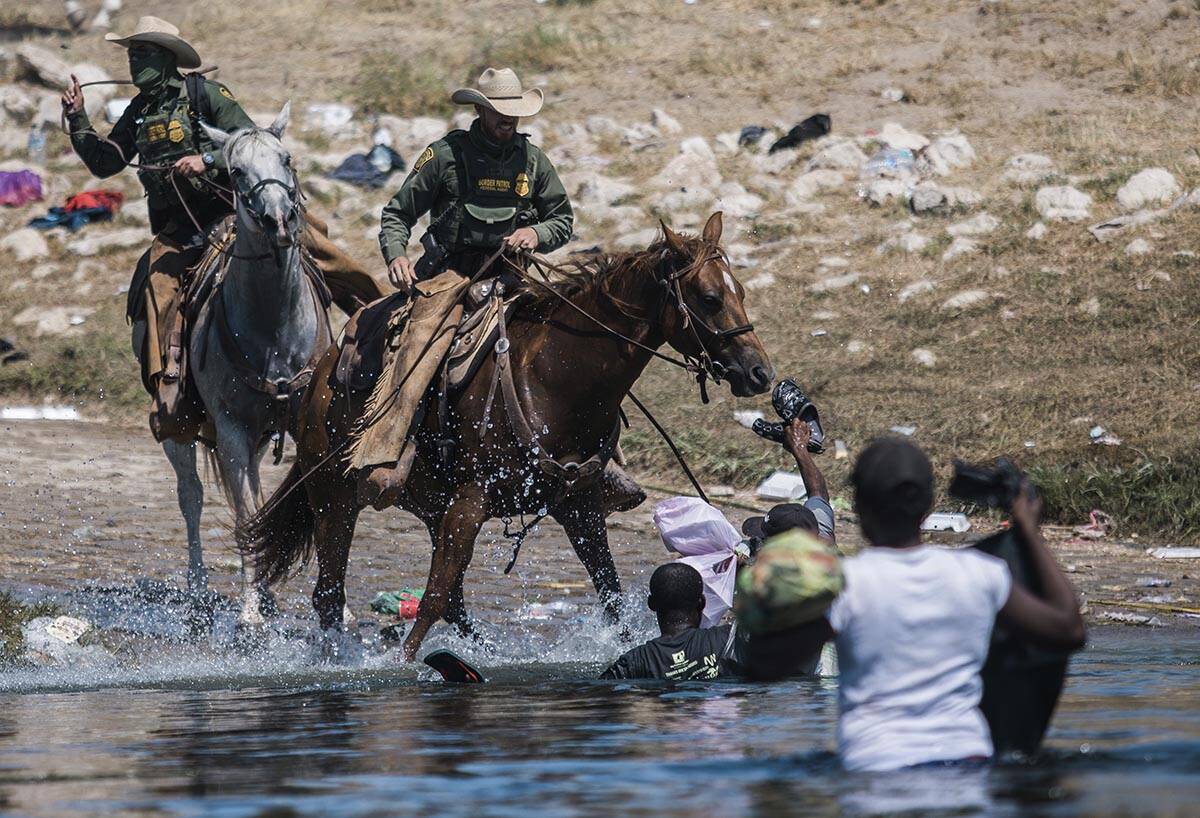 Last week, the national mainstream media promoted a false narrative and showed little outrage when Democratic politicians amplified those falsehoods. The claim was that Border Patrol agents near the border crossing in Del Rio were whipping Haitain migrants.

On Sept. 19, the El Paso Times reported that a Border Patrol “agent swung his whip menacingly.” A viral photo showed an agent’s horse reins swinging in the air. The reins supposedly looked enough like a whip for other national outlets to echo those claims.

One problem: There were no whips or evidence agents struck migrants with the horse reins. That didn’t stop the nation’s most powerful Democrats from serving up a cacophony of outrage.

On Friday, President Joe Biden condemned “people being strapped” at the border. “It’s outrageous. I promise you those people will pay,” he added. Senate Majority Leader Chuck Schumer, D-N.Y., blasted “the use of whips.” Vice President Kamala Harris said it reminded her of tactics “used against African Americans during times of slavery.”

Instead of outrage over these inaccuracies, many in the national mainstream media actively promoted them. The day before Biden’s statement, PBS reporter Yamiche Alcindor editorialized to White House press secretary Jen Psaki that the images were “traumatizing.” She then demanded to know, “Why isn’t the president telling people himself these images that people say look like slavery are wrong?”

To recap: The national mainstream media created a false narrative. Their supposed fact checkers slow-walked or ignored the story. Then a reporter all but demanded the president more forcefully condemn something that didn’t happen.

This conspiracy theory spread like fire on social media. Another example of social media companies’ selective outrage over misinformation.

Politico reported on new evidence confirming the veracity of emails found on Hunter Biden’s laptop. A 2015 email suggested Hunter Biden sold access to his then-Vice President father. A 2017 email on a potential deal with a Chinese energy company stated, “10 held by H for the big guy?” The “big guy” being a reference to now-President Biden.

This story isn’t new. The New York Post broke it last October. The paper obtained the emails after Hunter abandoned his laptop at a computer repair shop.

But back then, the national mainstream media proactively attacked the story. CNN labeled it “dubious.” The Washington Post tried to link the laptop to a “Russian intelligence operation.” Even Politico got involved. “Hunter Biden story is Russian disinfo, dozens of former intel officials say,” read one of its headlines last October.

Social media companies leaped into action, too. Twitter suspended the New York Post’s account and prevented users from sharing the link. Facebook throttled the amount of traffic the story received.

One might think Politico’s new report would have led to a fresh round of questions about corruption and the Biden family, including President Biden’s involvement. But the national mainstream media weren’t interested.

They preferred to whip themselves into a frenzy over a false story rather than to investigate potential corruption in the Biden administration.