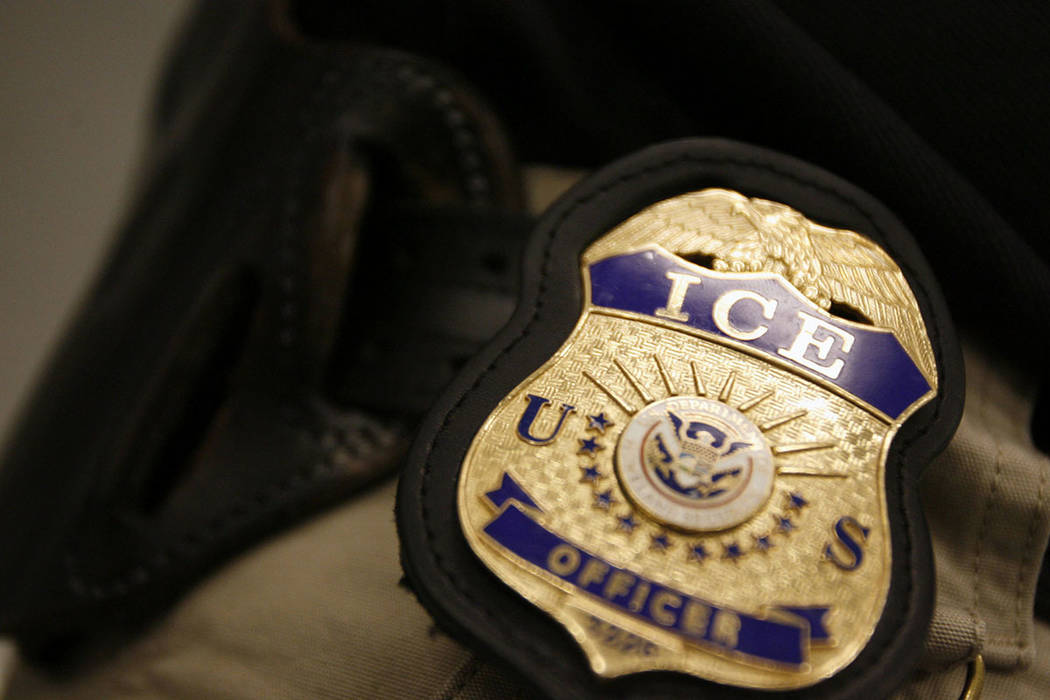 Thanks to a federal judge in California, illegal immigrant criminals in Clark County can now rest easy. The rest of us? Not so much.

Late last month, that judge issued an injunction preventing state and local law enforcement agencies from holding suspected illegal aliens for U.S. Immigration and Customs Enforcement. The order didn’t include states that expressly allow civil immigration arrests. Nevada, however, hasn’t passed such a law. On Wednesday, the Metropolitan Police Department announced that, because of the ruling, it was ending its participation in the 287(g) program. The city of Las Vegas issued a similar statement Thursday.

The program’s logic is obvious. Illegal immigration is a crime, but Congress hasn’t given ICE the resources it would need to conduct large-scale immigration enforcement. By collaborating with local police, ICE can deport illegal immigrants who’ve been arrested. Those are the illegal immigrants most likely to commit crimes beyond entering the country illegally.

This is a logical compromise, pending a grand immigration bargain in Washington.

Not deporting illegal immigrants after they’ve been in police custody has tragic and even deadly consequences. After Seattle-area officials implemented a sanctuary policy, two illegals who had previously been in police custody were arrested on suspicion of separate murders. Montgomery County, Maryland, implemented a sanctuary policy in July. Since then, police have arrested nine illegal immigrants for rape or sexual assault. Some had previous contact with police but weren’t deported. Kate Steinle died in 2015 after being shot by an illegal immigrant whom San Francisco had refused to hand over to ICE.

These crimes are infuriating because they are preventable. Police had someone in custody who was in the country illegally. ICE wanted to remove them. But stopping the process are progressive immigration activists who prioritize protecting illegal aliens over legal residents. Shame on them.

To its credit, Metro said it “awaits further direction” if the ruling is overturned by the 9th U.S. Circuit Court of Appeals. But it likely will be up to the Supreme Court to reverse this madness. Metro also said it will continue working with ICE to remove illegal aliens who’ve “committed violent crimes.” It will be worth monitoring how that plays out, if it does happen. Metro has long defended the 287(g) program, successfully killing a bill in 2017 to end it.

This sanctuary policy, imposed by an Obama- appointed judge from California, makes Nevadans less safe. Let’s hope that no one here — unlike in Seattle, Maryland and San Francisco — is killed or sexually assaulted as a result.