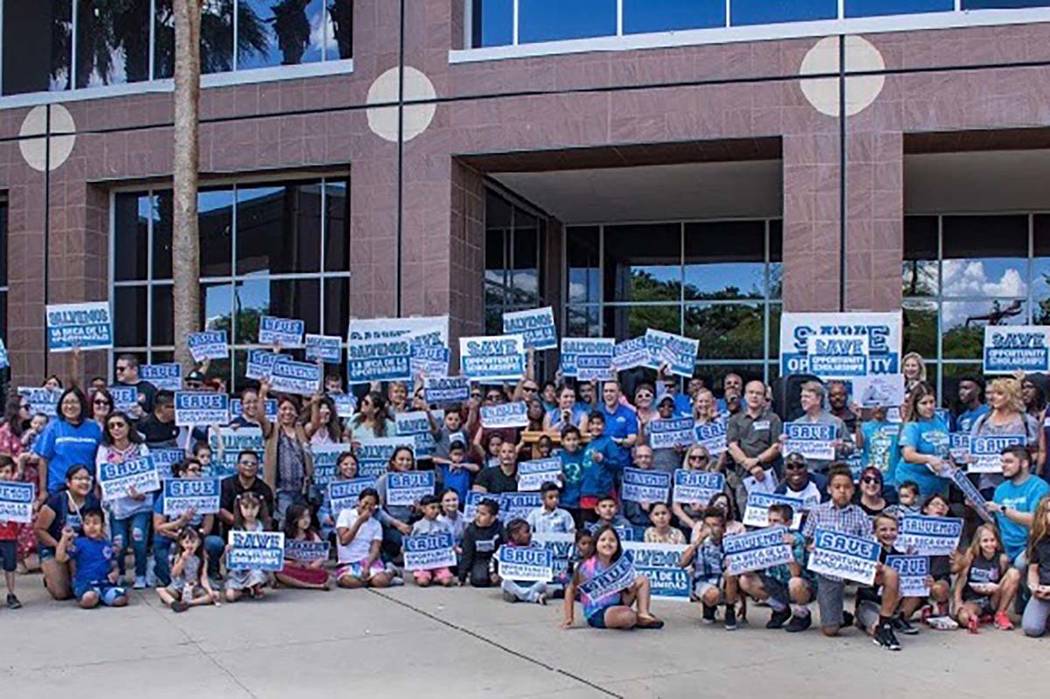 Parents and students rally to save Opportunity Scholarships at a rally outside the Grant Sawyer building May 19, 2019. (Courtesy of Valeria Gurr, director of the Nevada School Choice Coalition) 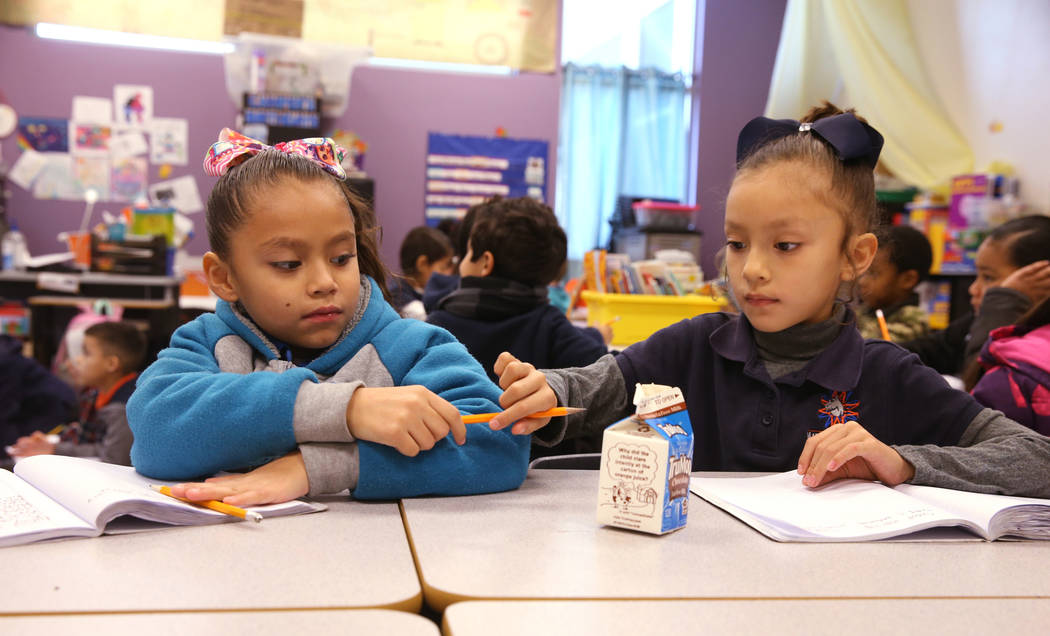 Opportunity Scholarships help low-income students succeed at half the cost of public schools. That’s why the education establishment fears them so much.

For decades, the education establishment has insisted that spending more is the key to increasing student achievement. Politicians have bought into that premise. Four years ago, Nevada passed the largest tax increase in state history to increase school funding. The state’s new budget boosts total per-pupil education funding by more than 9 percent, with more increases the following year. Next year, Nevada’s average per-pupil funding will be $10,227.

To hear members of the education establishment, however, Nevada’s school spending remains inadequate.

Instinctively, the money-performance argument makes sense. Nevada’s student achievement levels are low, and we associate paying more with getting a higher-quality product. There’s a reason a new Mercedes costs more than a used Kia. It’s a better product. But the car market is different than public education in one very important way — it’s an actual market.

People have a choice about what car they buy. They can decide which features they care about and how much they’re willing to pay for them. If one company charges too much, consumers will seek an alternative.

The public-school system isn’t a market. It’s a virtual monopoly. Paying teachers more doesn’t mean parents get to select a different teacher for their children. It just means you’re paying the same people more to do the same thing.

This is why Opportunity Scholarships are such a threat to the education establishment. They highlight that Nevada’s education problems stem from how money is spent, not from a lack of money.

Opportunity Scholarships are a school-choice program for low-income children. Businesses receive a tax credit for donating to a scholarship-granting organization. Those organizations use the money to provide private-school scholarships to students.

Currently, the 2,300 students using the program receive an average scholarship of $5,400. Around 75 percent qualify for free and reduced lunch.

Think about that. Low-income parents would rather have a $5,400 scholarship to use at the school of their choice than go to a public school at a cost to taxpayers of more than $10,000 a year.

In the private sector, this would be hailed as a great breakthrough: A superior product available for around half the price. Only those inside the monopoly wouldn’t celebrate — they’d view this alternative as a dire threat. It’s especially problematic for the narrative surrounding the new weighted funding formula. That formula will give public schools extra money to provide services to low-income students.

This explains why Democrats passed a bill severely limiting the ability of scholarship-granting organizations to give scholarships to new students.

Every student who uses an Opportunity Scholarship is breathing evidence that Nevada’s education funding is more than adequate.