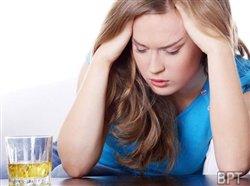 What to do when your drinking becomes a problem

(BPT) – There’s no denying that drinking is a widely accepted element of social life in America. Cocktail parties, evenings out, formal functions, and even a drink or two with dinner are customary practices. However, alcohol abuse is a major problem in this country and, on a different level, many “social drinkers” probably don’t even know that they have a drinking problem.

So how much alcohol is too much? According to the National Institute on Alcohol Abuse and Alcoholism, at-risk drinking, for men, is more than four drinks in any one day or more than 14 drinks per week. For women, it is more than three drinks in a day or more than seven drinks per week.  However, for some individuals, any drinking can be problematic: Women who are pregnant, people with certain health conditions or on particular medications, or those with a family history of alcohol abuse.

But then there are the millions of drinkers who don’t fit any of these categories but may still have a problem with alcohol. These folks are even less likely to see their drinking as a potential risk. And bear in mind, even low-risk drinking is not no-risk drinking.

There are signs to watch for that indicate your drinking is bordering on being a problem – even if they only happen once in a year:

* Lying about or hiding drinking habits.

* Causing harm to oneself or someone else as a result of drinking.

* Needing to drink increasingly greater amounts in order to achieve the desired effect.

* Feeling irritable, resentful or unreasonable when not drinking.

This is why it is advisable for anyone who consumes alcohol to take an anonymous screening for alcohol at www.HowDoYouScore.org. By answering a series of simple questions, people can get a good idea of whether they are showing symptoms of an alcohol problem.

“Alcohol is widely used and yet so many people don’t understand their own drinking habits and whether they might be headed for trouble,” says Dr. Douglas G. Jacobs, associate clinical professor of psychiatry at Harvard Medical School and medical director of Screening for Mental Health, Inc. “Research indicates that screening and brief intervention can help resolve mild to moderate alcohol problems as well as encourage those with more serious problems to seek treatment.”

If you, or someone you know, may have a problem with alcohol, you can visit www.howdoyouscore.org to complete a free and anonymous self-assessment or to find locations in your area that offer in-person alcohol screenings. It just might help you down that right road.