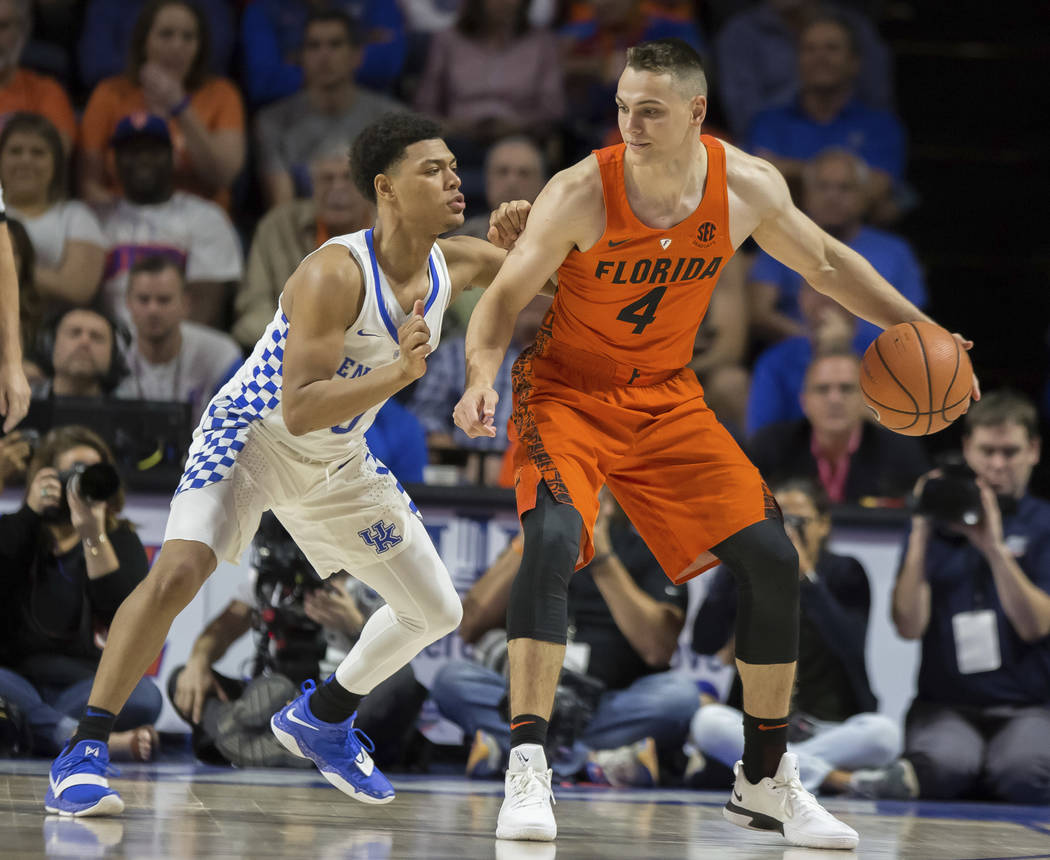 Florida has owned its series with Arkansas, winning the last eight meetings and 13 of 14 while covering the last four. Edwards likes the Gators to extend that trend in Friday’s Southeastern Conference quarterfinal matchup.

“The Gators have just had the Razorbacks’ number,” said Edwards (BrianEdwardsSports.com, @vegasbedwards). “They smashed them at home (88-73) earlier in the year and Florida really finished strong, with three really good wins and covers against Auburn, Kentucky and Alabama.

“They’re playing a lot better defense the last month and I just think Florida’s going to take care of business. It’s a real small number. I made Florida a 7-point favorite in the game.”

This American Athletic Conference quarterfinal is a rubber match after the Owls beat the Shockers 81-79 in overtime at home this season and squandered a double-digit halftime lead in an 83-76 road loss.

“Temple played Wichita State very well this year. They beat them at home in overtime as 7½-point ‘dogs and were up by 14 at halftime in the rematch at Wichita State. The Shockers rallied to win by 7 but the Owls still covered as 11½-point underdogs,” Edwards said. “For whatever reason, they play well in neutral site games, going 5-1 this year. They’re a neutral-site double-digit dog that’s desperate and confident against Wichita State, so I’ll go with the Owls.”

Edwards said the line is out of whack in this Big Sky tournament semifinal.

“I have no idea why Montana is only minus 3,” he said. “They’re 8-1 ATS in their last nine as a single-digit favorite and are 17-6-1 ATS in their last 24. They’ve won three in a row straight up and ATS against Northern Colorado, which is playing its third game in four days and fifth in nine. There’s no injuries on Montana. They should be favored by at least 5½ or 6.”