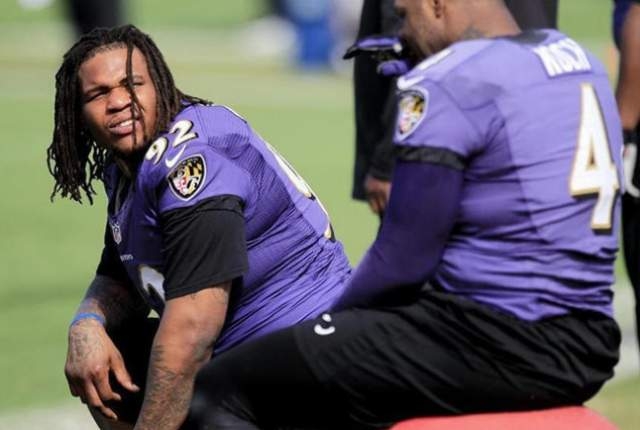 Cody faces up to three years in jail. He was not convicted on two felony charges that carried harsh sentences.

A judge in Baltimore County delivered the guilty verdict on charges of aggravated animal cruelty and neglect, illegal possession and neglect of an alligator and possession of marijuana.

The Ravens released Cody in February when the charges became public.

The prosecution said Cody and his girlfriend allowed their dog to starve for more than four weeks, allowing it to eat only trash. Cody took the canary mastiff to a veterinarian, prompting the investigation.

Cody was a 2010 second-round pick of the Ravens.