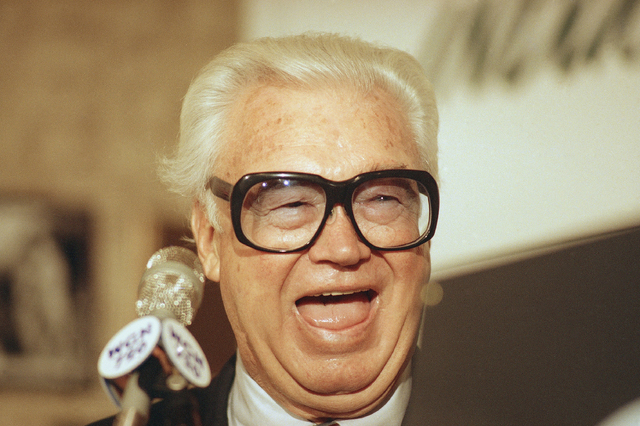 Hall of Fame broadcaster Harry Caray apparently kept a drinking diary -- complete with location, who he was hanging out with and cost of the tab -- in order to write off his bar visits. (AP Photo/Charles Bennett)

Every party has the one obnoxious guy who is counting his drinks and just can’t wait to tell everyone how many he has already put away.

“This is like my ninth beer, bro,” is about as annoying a phrase as there is in the English language.

Somehow, when the person keeping track of what they’ve consumed is beloved broadcaster Harry Caray, it’s actually kind of awesome.

Of course, Caray wasn’t keeping count of his drinks to be a braggart. He apparently kept a drinking diary – complete with location, who he was hanging out with and cost of the tab – in order to write off his bar visits.

Neil Steinberg of the Chicago Sun-Times got access to the 1972 book and his findings are the stuff of legend.

From Jan. 17 through Nov. 2, there is at least one entry per day. That’s 288 uninterrupted days of drinking. Take that, Joe DiMaggio and your measly 56-game hitting streak.

On the very rare days where there is no bar visit listed, Caray would write things about where the team was flying or “Super,” when he was in Miami on Jan. 16. There is only one completely blank day all year, Nov. 6. as Steinberg points out, “What must THAT have been like?”

Steinberg provided the most detailed account of New Year’s Day.

Perhaps the most fascinating details from the drinking diary weren’t of all the bars and drinks, but of the celebrities Caray hung with throughout the year.

Caray was only with the White Sox for a few years before he was unceremoniously dumped and moved to the North side where he would become the iconic voice of the Cubs.

That’s when he had to really start drinking to make watching the games bearable.

In total, 22 players signed with colleges on national signing day, and seven signed with Division I Football Championship Subdivision programs.