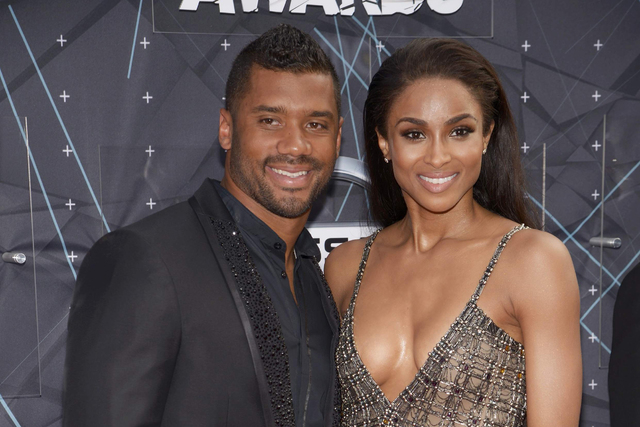 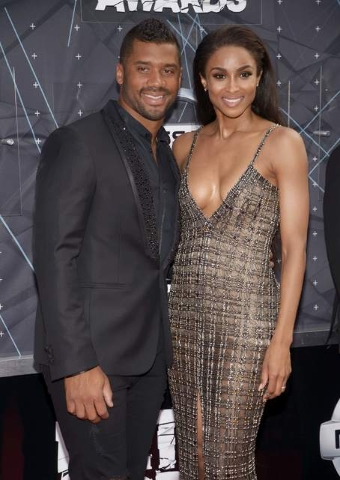 I know. The last time anyone famous so publicly stated such a claim, John Denver was talking to George Burns while it rained inside a car.

But that was Hollywood, where God was depicted as a kindly old man who selected a supermarket manager to act the part of a contemporary Moses and spread His message.

Everyone thought Denver, as the supermarket manager, was a few quarts of milk short of crazy.

Burns and Denver have since died, but their 1977 movie “Oh, God!” remains a wholesome comedic venture as to how others respond when a common man professes to have spoken with the almighty.

There is nothing common about the athletic gifts of Russell Wilson.

Which hasn’t stopped some from questioning and ridiculing his recent statements about certain conversations between him and, well, Him.

Wilson is having quite an offseason, starting with the fact the quarterback who has led the Seattle Seahawks to two consecutive Super Bowls is embroiled in a contract stalemate with a team that, while agreeing its star deserves a hefty raise, doesn’t appear willing to budge past a certain threshold.

Put it this way: Wilson ranks seventh in quarterback rating among all NFL players at his position since entering the league four years ago, and the average salary among the top nine quarterbacks in that span is a little under $10 million annually.

He needs to get paid, and will.

The question is how much and how long he and his agent will hold firm on what they believe is the player’s guaranteed worth.

I’m guessing Wilson has been praying on it.

Spirituality for some time has shined under the bright lights that accompany professional sports, where athletes haven’t been shy to profess their faith and proclaim thanks to God after victory. It’s a declaration that bothers many who question the veracity of a deity choosing one side or another in a sporting event. If there are two things people don’t want to be lectured on, it’s politics and religion.

And they really don’t want to be lectured on them by multimillionaire athletes.

Wilson has been as open about his faith as Calvin Johnson on a fly pattern after a cornerback falls down, saying more than once that God has spoken to him regarding football and his personal life. He said it happened after the Seahawks rallied to beat the Green Bay Packers in the NFC Championship Game last season and again moments after he threw an interception at the goal line that clinched a Super Bowl victory for the Patriots.

“The play happens, and they pick the ball off,” Wilson told a gathering during a recent speaking engagement at The Rock Church in San Diego. “And I take three steps. And on the third step, God says to me, ‘I’m using you … I want to see how you respond. But most importantly, I want them to see how you respond.’ ”

Those aren’t the comments that sent Twitter into overload.

These are: Wilson continued his remarks by saying that while visiting his girlfriend, singer Ciara, on tour, God asked the quarterback to lead her.

His interpretation of the message: Practice abstinence.

“And I asked her, ‘What would you do if we took all that extra stuff off of the table and just did it Jesus’ way?’ ” Wilson said. “If you can love someone without that, then you can really love someone. He has anointed us. He has called us and asked us to do something special.”

Wilson is hardly the first openly religious athlete and, sports fans being the way they are when it comes to those who win more than not, his words haven’t sparked the sort of contentious discourse as Tim Tebow did when combining faith and football.

I believe religion has a place in sports, although you can’t miss the raised eyebrows from others when an athlete praises God. But when some observe personal observations of faith, I don’t think they’re insinuating a higher being made that first-quarter spiral any tighter.

Wilson might pray for the next drive to result in a touchdown, and the opposing linebacker might pray for a turnover, but it’s not as if whichever receives their wish owns a stronger sense of conviction than the other.

It’s true that fans have become numb and many altogether tired of athletes praising God, and some might snicker at the suggestion Wilson is following His plan by not having sex with a girlfriend. A radio host in Chicago on Tuesday even insinuated that Wilson’s choice not to sleep with Ciara means Wilson is gay.

Why, because he’s religious?

That’s an embarrassing conclusion for anyone to make.

On Tuesday, Florida State quarterback De’Andre Johnson was dismissed from the team after a videotape showed him punching a woman in the face during an altercation in a crowded bar.

Another day, another case of an athlete striking a female.

Faith isn’t a bad thing, as long as it includes tolerance for all beliefs, and it sure beats some of the other headlines about sports today.

Las Vegas Review-Journal sports columnist Ed Graney can be reached at egraney@reviewjournal.com or 702-383-4618. He can be a heard on “Seat and Ed” on Fox Sports 1340 from 2 p.m. to 4 p.m. Monday through Friday. Follow him on Twitter: @edgraney.