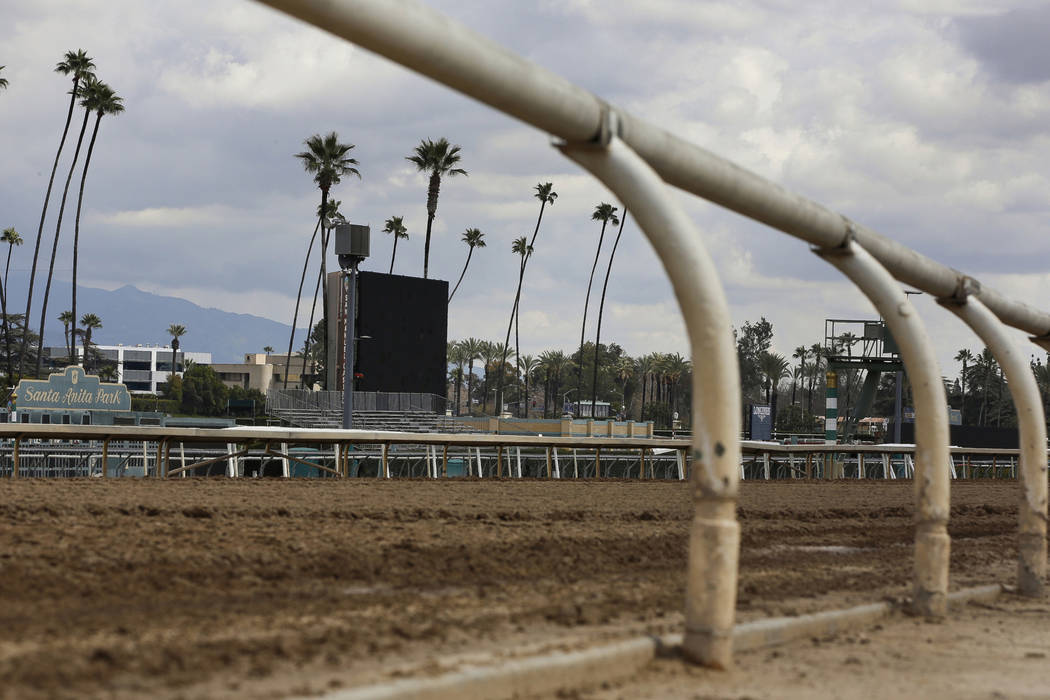 After reaching an agreement to delay implementation of a ban on race-day medication, management at Santa Anita Park now plans to reopen for racing Friday, March 29, 2019, in Arcadia, Calif. (AP Photo/Damian Dovarganes, File)

After reaching an agreement to delay implementation of a ban on race-day medication, management at Santa Anita now plans to reopen for racing March 29.

Under the deal with the Thoroughbred Owners of California, which must be OK’d by the California Horse Racing Board, the ban on race-day use of the diuretic furosemide, commonly known as Lasix, at Santa Anita Park and Golden Gate Fields would be phased in rather than being immediately imposed.

The proposal would require all horses born in or after 2018 compete with no race-day medication, meaning the diuretic furosemide, commonly known as Lasix. This means all 2-year-old horses starting in 2020 and after would race medication free.

All horses born prior to 2018 could continue to use the anti-bleeding medication, though only at a maximum of 50 percent of the current levels. Thus eventually all race-day use of the drug would be banned as those older athletes are retired.

The Stronach Group last week announced plans to eliminate race-day use of Lasix, and other measures like transparency of all veterinary records; strict limitations on the use of any pain or anti-inflammatory medication and treatment; and limiting jockeys to use of the cushion crop — aka the whip — only as a “corrective safety measure,” as part of a broad safety initiative. That came following the closure of Santa Anita after 22 horses died during training or racing since the current meeting began on Dec. 26.

The move drew applause from the Jockey Club and some other industry groups — and even the animal rights group PETA — but it has been panned by other racing stakeholders.

The North American Association for Racetrack Veterinarians this week accused management at the tracks of responding to the rash of breakdowns “based on emotions and not on any scientific methodology.”

“The result ist that it has been decided that appeasement of specific sectors of our society as well as a minority of stakeholders in our industry is more important than prevention of Exercise Induced Pulmonary Hemorrhage in our horses. The message is that a tradition of the old world horse racing industry is more important than the health of the horse,” it said in a statement.

Eric Hamelback, the CEO of the HBPA, a national horsemen’s group, issued a separate statement saying, “The reaction to ban Lasix, a therapeutic diuretic that reduces risk of pulmonary bleeding in horses, is a red herring that puts our equine and human athletes’ lives at risk. Lasix works to prevent horse deaths and has been used for over 40 years with no association to breakdowns.”

Despite the agreement with California owners, it remains to be seen whether some horsemen and owners will pull their horses out of the state rather than comply with the new rules. If they do, that would exacerbate the horse shortage that already plagues racing in California and further diminish handle.

In the meantime, one can only hope that the unexplained surge in equine fatalities at “The Great Race Place” is over and that the renewed focus on safety will ultimately translate to more of these magnificent animals returning to the barn in once piece. No matter what it takes, we owe them that.

With just six weeks until the Kentucky Derby, the #RJhorseracing handicappers are all about the $1 million Louisiana Derby on Saturday at the Fair Grounds, not to mention the $400,000 New Orleans Handicap (Grade 2) earlier on the card.

In the latter, to be contested at 1/18th miles on the main track, the crowd ‘cappers like Copper Bullet, the second choice on the morning line at 4-1. They see the Steve Asmussen-trained son of More Than Ready turning back Mr. Buff (6-1) and morning line favorite Silver Dust (7-2).

Copper Bullet is sharp and scary, but I’ll take a shot with Bandua (12-1) if he goes here (he’s also cross-entered in the Muniz Memorial Stakes on the turf later in the card). I like Core Beliefs (6-1) and Lone Sailor (9-2) for the minor awards and will throw in Copper Bullet if Bandua scratches.

In the Louisiana Derby (Grade 2), the crew thinks War of Will (the 6-5 morning line favorite) will run his record on the dirt to a perfect 4 for 4. They like Sueno (8-1) and Spinoff (5-2) for the minor placings.

This week’s featured comment comes from crew member Michael Kaczer, who says he expects War of Will to end up as the Kentucky Derby favorite: “War of Will is 2-2 over the Fairgrounds oval,” he wrote. “Since being moved from turf to dirt, War of Will is a different horse.”

I questioned War of Will when we handicapped the Risen Star Stakes awhile back, but I’m no longer a doubter. Since he will offer no value here as the heavy favorite, however, I’m going with Spinoff, who I think will get a perfect stalking trip from his outside post behind likely pace-setter Lemniscate (15-1) and maybe get the jump on the favorite in upper stretch. I see War of Will checking in second and long shot Bankit (20-1) in third. 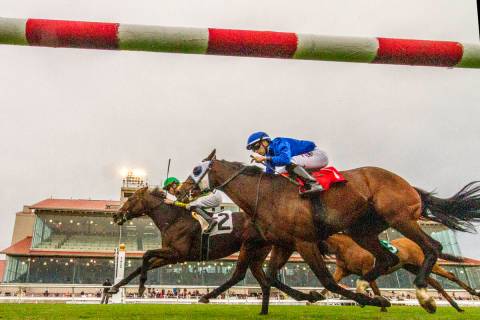