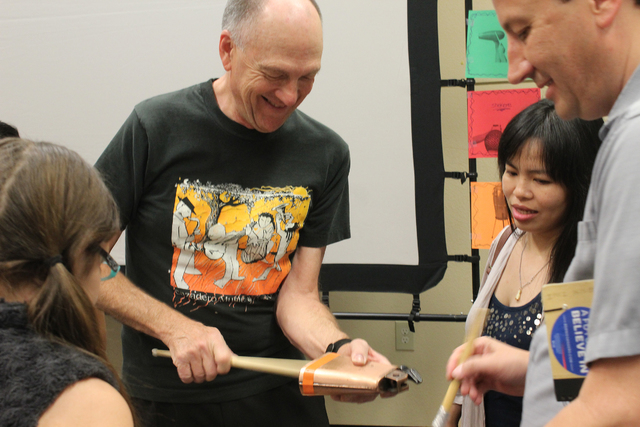 Brian Gardner demonstrates how to use a cowbell at an April 2 event put on by the Green Valley Library, 2797 N. Green Valley Parkway. Michael Lyle/View 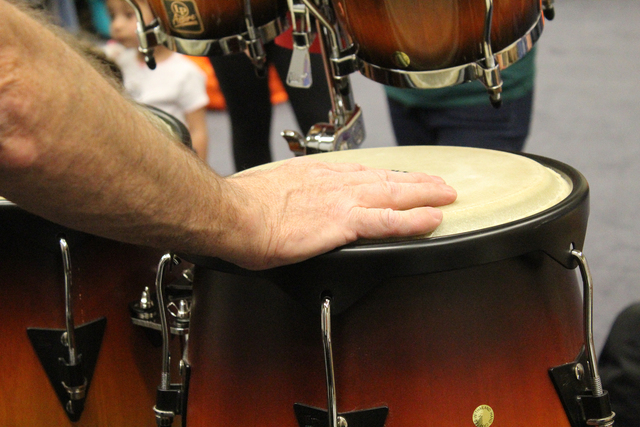 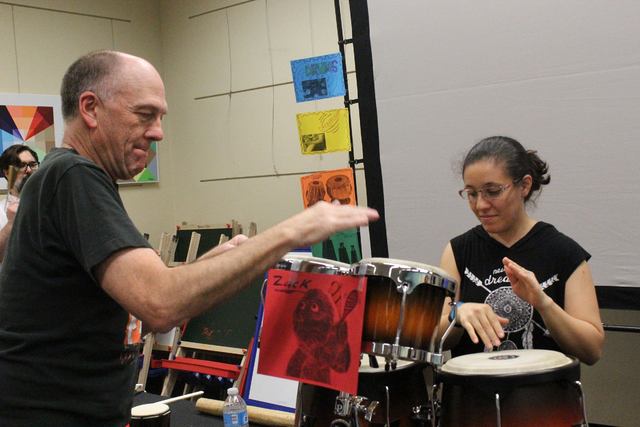 Brian Gardner shows Leidy Lester how to maintain a beat on the congas during an April 2 drum circle at the Green Valley Library, 2797 N. Green Valley Parkway. Michael Lyle/View 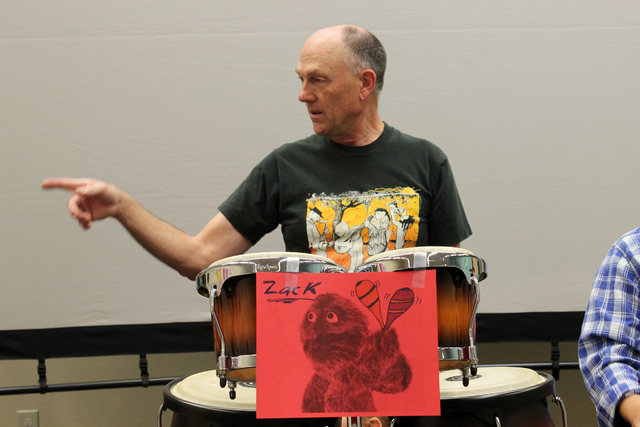 Brian Gardner gets the drum circle started at an event April 2 at Green Valley Library, 2797 N. Green Valley Parkway. The event featured a variety of percussion instruments from all over the world. Michael Lyle/View 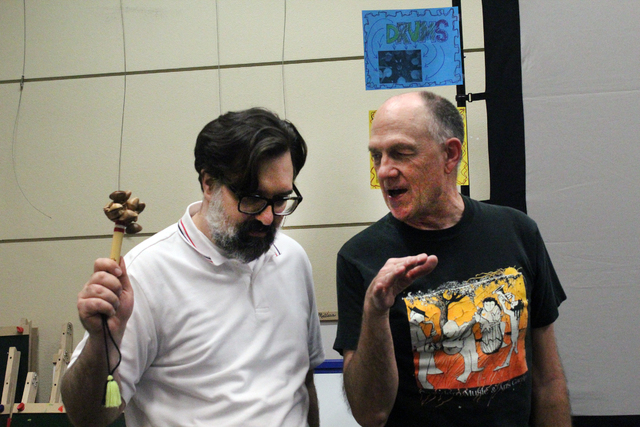 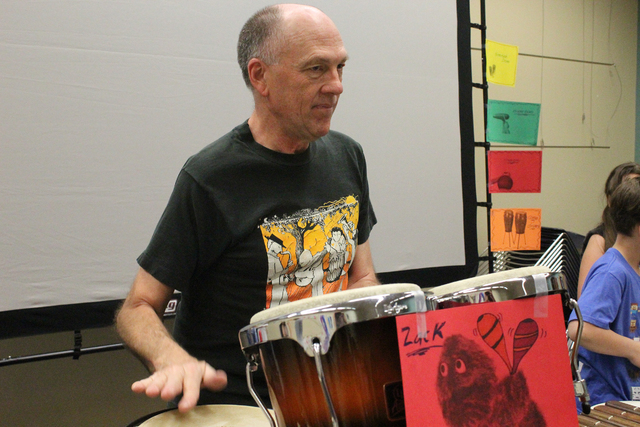 Brian Gardner plays the congas at a percussion and drum circle April 2 at the Green Valley Library. Gardner has collected drums from around the world and demonstrated how each one sounds. Michael Lyle/View 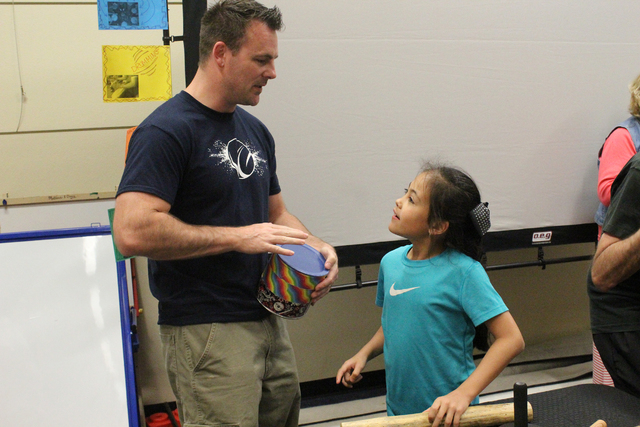 With a variety of percussion instruments on either side of him, Brian Gardner places his hands on the congas and gets a beat going.

The group that surrounded him scanned over the items on the table until they found an instrument that piqued their interest.

It could be a tabla, a marimba or anything in between, but each person grabbed something and joined the beat.

“All the instruments make different sounds, and when they are playing together, it is really, really awesome,” Gardner said.

Henderson Libraries hosted a percussion and drum session April 2 at the Green Valley Library, 2797 N. Green Valley Parkway, as a way to get kids involved with a variety of activities.

Stephen Platt, branch manager, said it received grant money to put on events and offer more for the community.

“We’ve done anything from cooking classes to technology classes,” he said.

The drum and percussion circle was just another offering. To make the event happen, Henderson Libraries enlisted Gardner, a local musician with 47 years of drumming experience.

A late bloomer to the art, he started drumming when he was 18.

“I picked up a crappy drum set for $69,” he said. “I remember my dad being so upset I would spend money like that.”

But Gardner was bitten by the music bug. He began learning percussion, playing for fun and even joined a few bands. Drumming gave him a thrill like none other, which kept him from falling into other illicit habits.

“This is a way to get them involved with the arts as a way to discourage them from drugs or gangs,” he said. “I once knew a drummer who was the fastest. I found out he would do speed before sets, and that’s why he was so fast. I told myself I wanted to be fast without any enhancement.”

Along the way, he began playing other percussion instruments from around the globe. Most of his collection was given to him.

“So I got all of these instruments from around the world without even traveling,” he said.

Gardner has seen a variety of instruments. There is the concussion idiophones, which look like two 7-inch sticks. There is the vibraslap, with a design based on a donkey’s jaw.

Whether it was the bongos, congas, timbales or a rainstick, Gardner said he was drawn by each instrument’s unique sound and that he was excited to introduce people to the instruments on this Saturday afternoon.

Gardner set up only a part of his collection in a side room of the library.

“Some are just too loud to play,” he said.

But with what he had, there was still a variety. Regardless of age or musical experience, anyone was invited to join, and that’s just what they did.

“You’re never too old to play,” he said.

Five- and 6-year-olds picked up smaller maracas and gave them a shake. Adults grabbed cowbells and struck the metal. Platt was no exception.

“This definitely brought out my inner musician,” he said.

At times, Gardner stopped the session to explain the sounds being created, talk about the history of a particular instrument or instruct participants on how to use the instrument to the best of its ability.

All in all, Gardner thought the session was a success.

“We would love to have him back,” Platt said.

The drum circle and teaching children the art of percussion relates to a lesson Gardner learned from his father.

“I want to leave this world better off,” he said. “Maybe by teaching kids music, I can inspire them to keep on the straight and narrow. Maybe I can make a difference in their life.”