Socialism is all the rage these days among Washington elites, but lucky for them their new BMW 3-series was born in the boiling shark tank of capitalism.

Long the alpha shark in the compact-luxury segment, the last-generation 3 got a little, um, fat. And, boy, did the product managers in Munich get an earful from the market.

New Coke never had it this hard.

Media outlets ripped BMW for going soft. Car and Driver dropped the 3-series from its Top 10 list for the first time in memory. Sales dropped. Enthusiasts started to talk openly of the Alfa Giulia and Cadillac ATS as the new standards for class-handling. The competitive pressures weren’t just athletic complaints, either.

Mercedes’ luscious interiors were turning heads away from BMW. Tesla’s sci-fi Model 3 was shaming the class with Silicon Valley technology. Mainstream upstarts like the Mazda 6 were offering athletic value for $20,000 cheaper. And then there’s the market flip to premium sport-utes.

Start with its reflexes. The new 3-series clearly spent a lot of time in the gym. My 330i X-Drive tester’s muscular intentions are felt right away through its thick steering wheel. Like wrapping my fingers around a bicep, the steering feels alive to my inputs.

When I nailed the throttle through Oakland County’s twisties, the Bimmer was ready — the eight-speed transmission snapping off shifts with buttery efficiency, the chassis tight, the car’s balance exquisite. Ahhh, that’s the 3 that I remember from the first BMW I owned — the beloved, fourth-generation, E46 model equipped with an inline-6.

But the competition hasn’t stood still, either.

Most customers will never take their 3-series to the track, and those who do will likely wait for the M3 hellion. But your intrepid tester was curious. After all, BMW proves the car at the famous 160-turn Nuerburgring race track.

Like the ATS, the Bimmer rotated beautifully into corners, its gym-toned bod better tuned than the Tesla. Exiting apexes, the electric Tesla has instant torque. The 330i suffers from turbo lag; blame the turbo-4 that has become ubiquitous in compact luxury.

My kingdom for the straight-six cylinder of old (which BMW shares between the Z4 and Toyota Supra that I recently tested). Fortunately, my 330i came with paddle shifters so I could keep the revs up.

Speaking of shifting, the 330i continues BMW’s love affair with the monostable shifter. It takes some getting used to, and kindly explain it to befuddled valet drivers when you hand over the keys so they don’t have to spend a half hour reading the owner’s manual.

Once mastered, its space-saving simplicity is appreciated. Like Mazda’s 3 (oh, there’s that clever, affordable mainstream automaker sneaking into the conversation), BMW has ordered its console for maximum efficiency so that there’s room for cupholders and phone/French fries cubbies. Audi cramped consoles, pay attention.

I initially balked at the starter button’s console location right next to other buttons like infotainment and drive modes (don’t want to turn off the car by mistake when reaching for sport mode). But I grew to appreciate the arrangement because right above the starter is the off button for stop-start.

Stop-start is the bane of drivers’ existence these days. It’s the most disliked feature in luxury (I hear from plenty of readers who shudder when their otherwise silky-smooth thoroughbred shudders to a stop at a stoplight). It’s like Secretariat coughing at the Kentucky Derby starting gate.

But I quickly adopted a two-step habit whenever I climbed into the Bimmer: Turn on car, turn off stop-start in one fluid motion.

Other operations are a snap. BMW has never been shy to introduce new gadgets (see monostable shifter) and its once-despised rotary infotainment controller is a thing of beauty, allowing effortless navigation of the console screen.

My instincts are for touch screen and BMW allows that, too. The screen was quick to the touch as I swept through menus. It’s illustrated with gorgeous graphics that would look nicely framed on dealership walls.

That graphical interface is a reminder that German makers have had to catch up with Tesla’s new benchmark for electronic efficiency. It’s no longer acceptable to wade through navigation menus — luxury cars must be as responsive as “OK, Google” smartphones.

BMW calls its helper “Intelligent Personal Assistant,” and she’s at your service with a quick “Hey, BMW.” Setting off on a trip to my favorite Kart-2-Kart go-kart track in Sterling Heights, Michigan, at 5 p.m. on a Tuesday, I barked the location to 330i. I might as well have been speaking in Russian.

The system was clueless.

So I “OK, Google”-queried my phone, read the address to the car and set off. Which immediately led to a second problem: The 330i couldn’t distinguish between the fastest route and the fastest route during rush hour.

This is Navigation 101 for smartphones (and Tesla), and the phone saved me precious time by navigating away from clogged main arteries (like M-59). This is understandably a tall order for most carmakers given the massive cloud networks phone-makers possess.

BMW allows drivers to plug in their Apple smartphones so that Apple CarPlay can take over the screen and do its thing. Alas, Android users like me are left in the cold.

Interestingly, BMW is content not to try to keep up with the Joneses on self-driving capabilities. Where Mercedes is chasing Tesla on self-driving ability with autonomous tricks like turn signal auto-lane-change, BMW is content with adaptive cruise control and lane-keep assist. The latter is a generation behind its peers, ping-ponging between lane lines.

It’s as if the Bimmer is determined to let you know it’s serious about this driver’s car thing.

Hands on the wheel! Don’t you know that I am the ultimate driving machine?

Good to have you back, 3-series. It’s survival of the fittest out there. 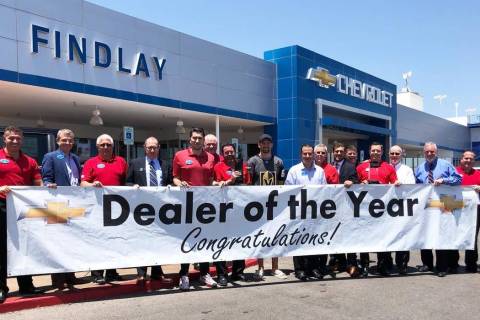