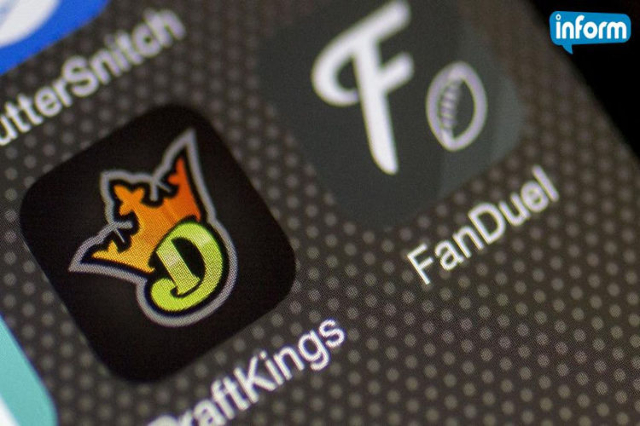 There are at least 1.3 billion reasons why the operators of DraftKings and FanDuel are beginning to sweat.

The two largest daily fantasy sports companies were each valued at $1.3 billion this year by the investment community. Both companies, fueled by hedge funds, investment firms, billionaires, and professional sports leagues, were considering initial public offerings sometime in 2016.

That path met a roadblock.

The Gaming Control Board issued a “cease and desist” order two weeks ago to the daily fantasy sports sites, saying the activity was the definition of sports wagering under Nevada law. Until they are licensed by the state and face regulation, the sites are no longer allowed to accept wagers from customers located in Nevada.

Wells Fargo Securities gaming analyst Dennis Farrell Jr. said the fallout of the Nevada ruling put daily fantasy sports operators in a tricky position. DraftKings and FanDuel, which control more than 90 percent of the market, have not applied for a Nevada gaming license.

“It is not the end of the world, but losing a state whose cornerstone is the gambling industry speaks volumes, not just because of the gambling nature of the state, but its influence on others,” said Farrell, who wrote an in-depth research report explaining daily fantasy sports to the firm’s clients.

As of this week, a half-dozen other states appear ready to follow Nevada’s lead.

Before Nevada’s ruling, daily fantasy sports was banned in five states due to regulations against cash awards. The Control Board’s order, based on a state’s attorney general’s office opinion, marked the first time a legal ruling was rendered concerning daily fantasy sports.

Nevada Attorney General Adam Laxalt stood behind the opinion, calling it “well-reasoned, methodical, and a step-by-step analysis.” Laxalt wasn’t surprised other states were reviewing the document.

“Under Nevada law today, this is both gambling and sports pool betting,” Laxalt said. “I don’t think anybody wants to shut out a new and lucrative business. But the way Nevada law is currently written, they didn’t fit.”

The Wall Street Journal reported the FBI and U.S. Department of Justice are looking into whether or not daily fantasy sports violates federal gambling laws. The Justice Department’s probe is headed by Preet Bharara, the U.S. Attorney for New York’s southern district who led the Black Friday shutdown of Internet poker in April 2011.

Eilers Research estimated daily fantasy sports sites were once on track to accept $3.7 billion in player entry fees this year.

Privately held DraftKings and FanDuel say they are producing revenue. However, the profits have been offset by more than $200 million the companies are shelling out for two areas: technology improvements and an over-the-top marketing campaign that has inundated sports fans with endless television commercials since the opening weekend of the NFL season.

Farrell called 2015 “a make or break year” for DraftKings and FanDuel. Most daily fantasy sports operators “are not yet profitable,” he added.

“Operators will need to post substantial improvements to maintain the strong momentum they have achieved to this point,” Farrell said. “Perhaps the biggest impediment to the future of daily fantasy sports stems from regulatory setbacks.”

The companies have brought out a high-profile defense.

Major League Baseball Commissioner Rob Manfred defended the league’s relationship with DraftKings to the New York Daily News, saying daily fantasy sports was “a game of skill, as defined by the federal statute. I’m comfortable with the idea that it’s not gambling.”

Meanwhile, Nevada casinos and the sports book industry aren’t looking to step into the void caused by the sidelining of daily fantasy sites.

Still, the American Gaming Association said last week there was a correlation between a 15 percent increase in Nevada sports wagering this year and the rise of daily fantasy sports.

“Fantasy sports may be serving as a catalyst for sports betting growth and helping the casino industry to attract new customers,” said AGA CEO Geoff Freeman.