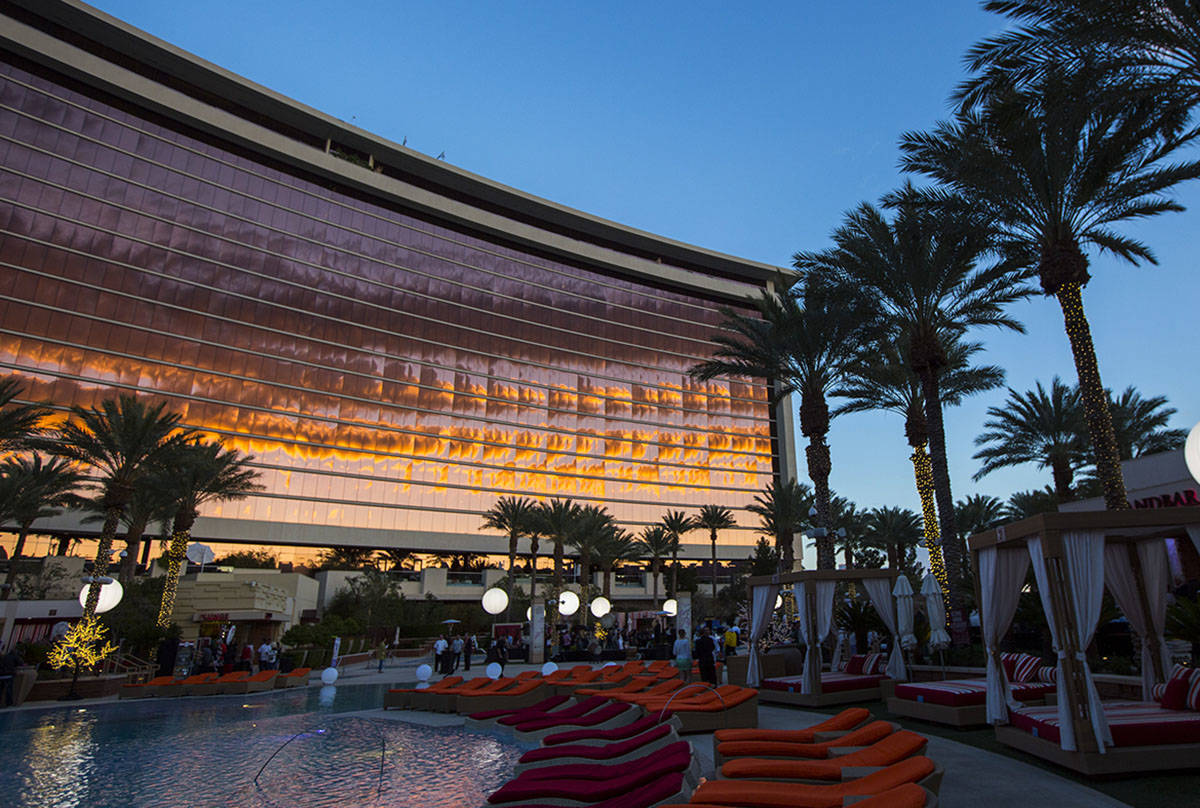 A view of the pool area during UNLVino's Sake Fever event at Red Rock Resort in the Summerlin area of Las Vegas on Friday, April 12, 2019. (Chase Stevens/Las Vegas Review-Journal) @csstevensphoto 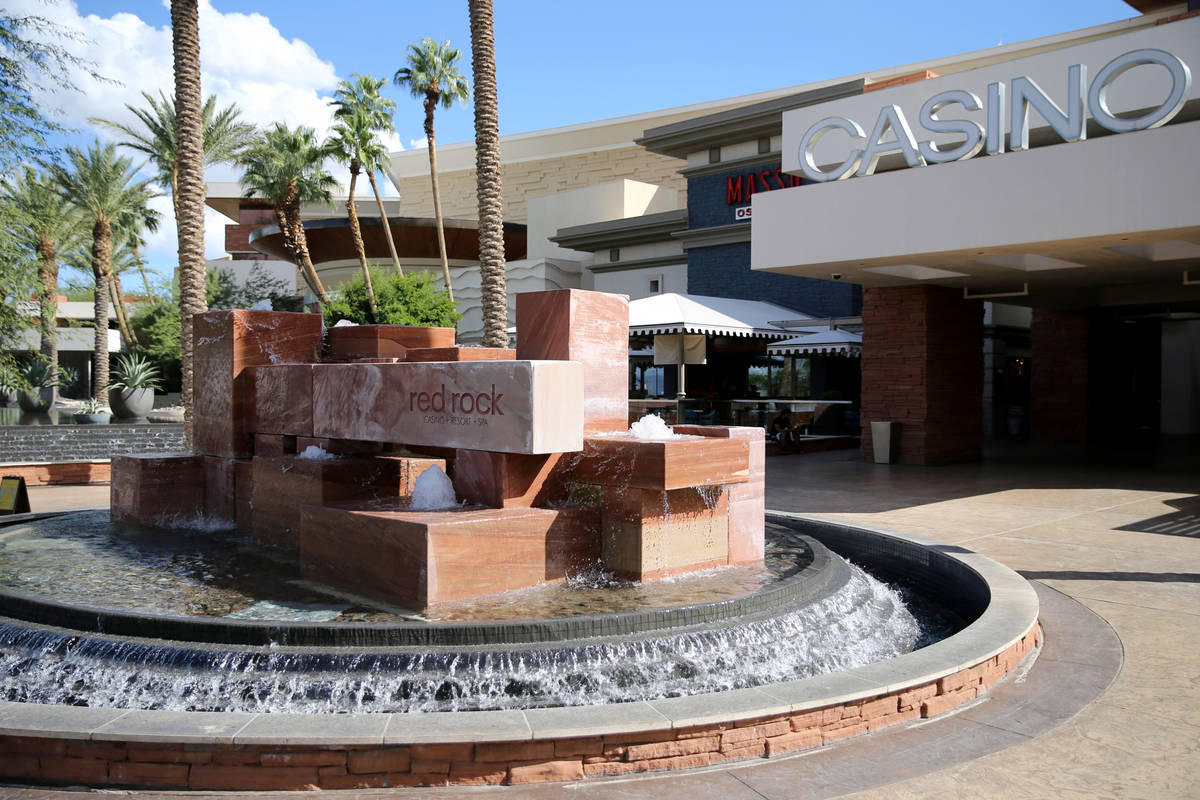 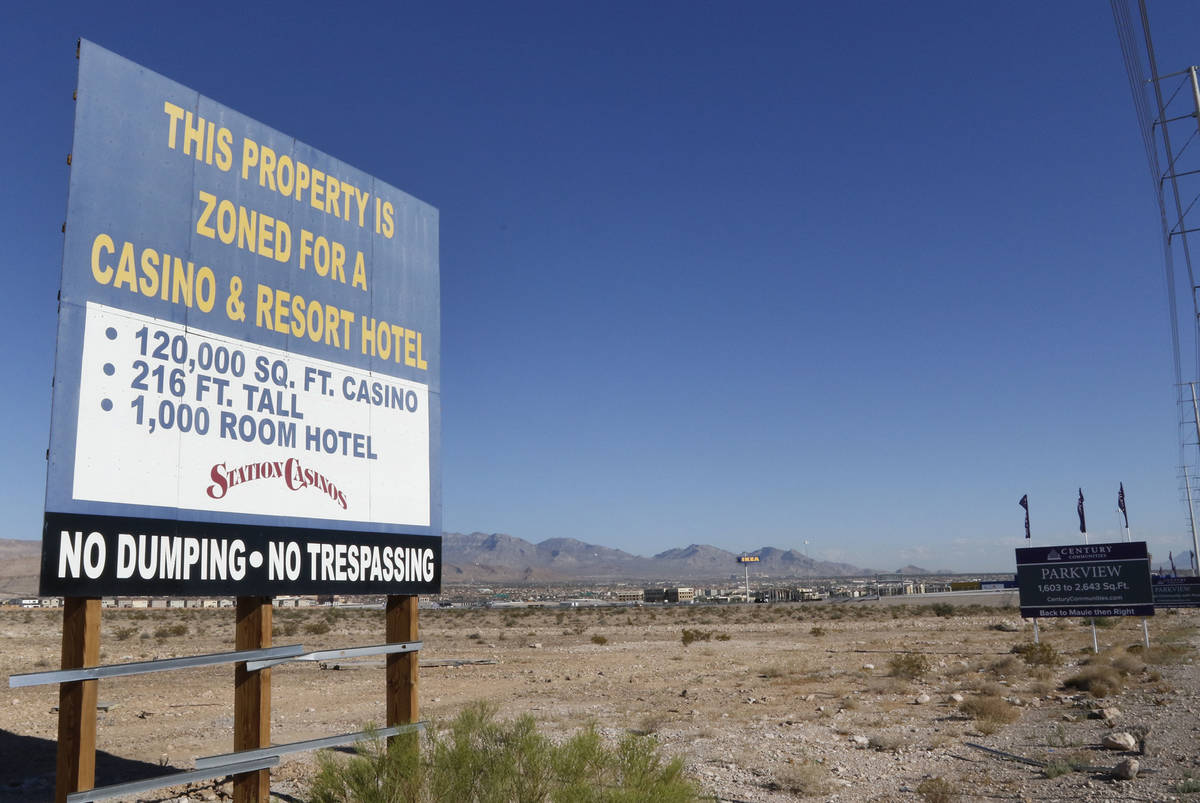 Red Rock Resorts, parent company of Station Casinos, is going through a transition. Analysts like it.

Top Station executives Chairman and CEO Frank Fertitta III, Vice Chairman Lorenzo Fertitta and Executive Vice President, Chief Financial Officer and Treasurer Stephen Cootey met with gaming analysts from Deutsche Bank and J.P. Morgan late last week to discuss the company’s big news — the sale of the Palms casino to the San Manuel Band of Mission Indians for $650 million and the planned groundbreaking of a new project near South Durango Drive and the 215 Beltway in early 2022.

In fact, both issued reports to their investors that they are raising their stock price targets, Deutsche Bank to $46 a share and J.P. Morgan to $48 a share. Red Rock stock closed at $41.26 a share on Friday, up $3.13 or 8.2 percent for the day.

“In general, we felt the tone from management was one of confidence and excitement, with the balance sheet improving dramatically and free cash flow generation providing meaningful financial flexibility,” Santarelli said in his report to investors. “Couple this with the growth being experienced in the Las Vegas Valley, most notably from the retirement age demographic, the current demand trends, and the longer-lasting operating efficiencies discovered and executed during the pandemic, we believe upside remains in shares.”

“Coming out of these meetings we feel incrementally positive about the Las Vegas Locals market and RRR’s strong position in it,” he said. “We think population growth is driving strong revenue performance in this market, but what is still relatively underappreciated is that this is comprised of higher income population growth.”

And that, really, is the key to the optimism.

Greff said the growth in the city’s population is different from past migrations into the city 15 years ago.

In the mid-2000s, he said, population growth was driven by lower income and wage individuals — construction workers, waiters, valets and hourly workers. Today, it’s a higher income and younger demographic.

“There has been a massive influx in Summerlin, where home prices have risen, Henderson and the Durango area,” he said in his report. “Given that the biggest lift in revenue has come from the highest tiers within its customer database, RRR doesn’t think that this has been driven by federal stimulus impacts, which should shore up some confidence that recent revenue and cash flow recovery is not temporary.”

In the casino, that translates to new patrons playing $5 and $25 VIP slot machines and not penny slots.

The Durango property, ignored by many because it’s been on Station’s books for so long, could turn out to be the company’s next big bonanza, not unlike the bump the company received with the openings of the Green Valley Ranch property in 2001 and Red Rock Resort in 2006. Both ended up generating an estimated 20 percent return on investment, Greff said.

He expects the company’s investment in the Durango project to be in the $400 million to $500 million range, and executives are excited about its prospects for several reasons.

“One, it’s an area with growth in higher-end rooftops with a larger Asian demographic and limited to no gaming capacity within a 5-mile radius,” Greff said. “By 2024, it estimates the population within a 3-mile radius of the Durango property will be higher than the same radius that Red Rock, the property in Summerlin, possesses today. The Durango site is 73 acres, 50 to develop the casino, with the remaining acreage looking to be sold potentially to a multi-family home developer.”

Another reason investors are optimistic is that the COVID-19 shutdown has thinned the company’s employee base, viewed as a lower labor expense.

“RRR labor was trimmed materially, with employment as of Jan. 31 down 46 percent from the year-ago level,” Santarelli’s report said. “While labor is likely to return as amenities reopen, we would not expect labor levels to return to pre-pandemic levels, given the magnitude of the cuts, curbed amenity offerings, more efficient staffing, and the sale of the Palms.”