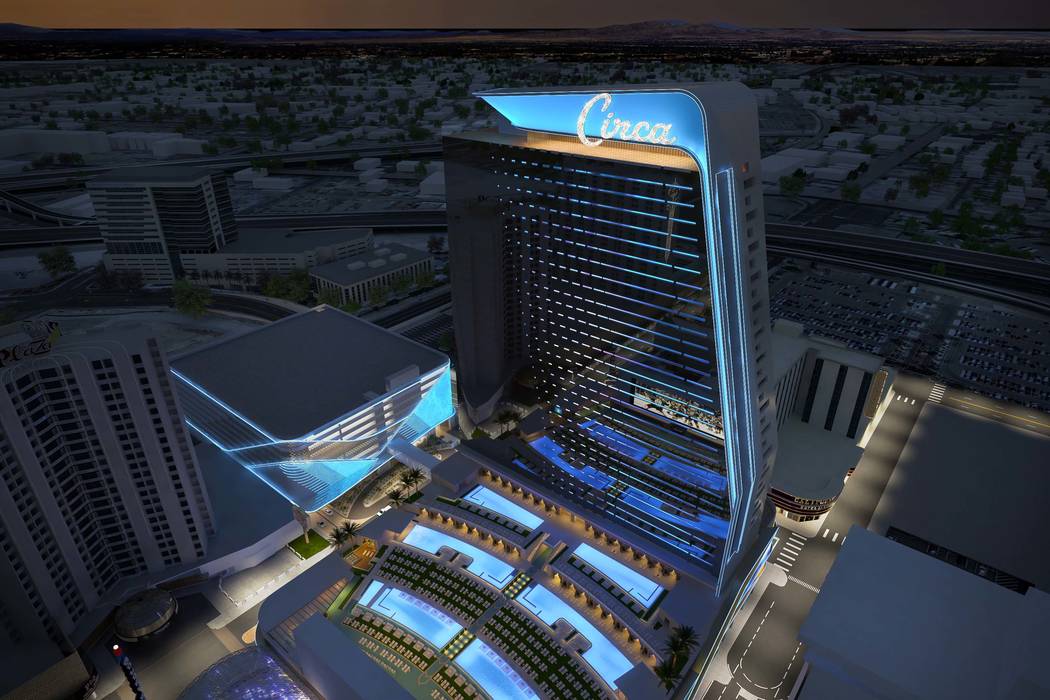 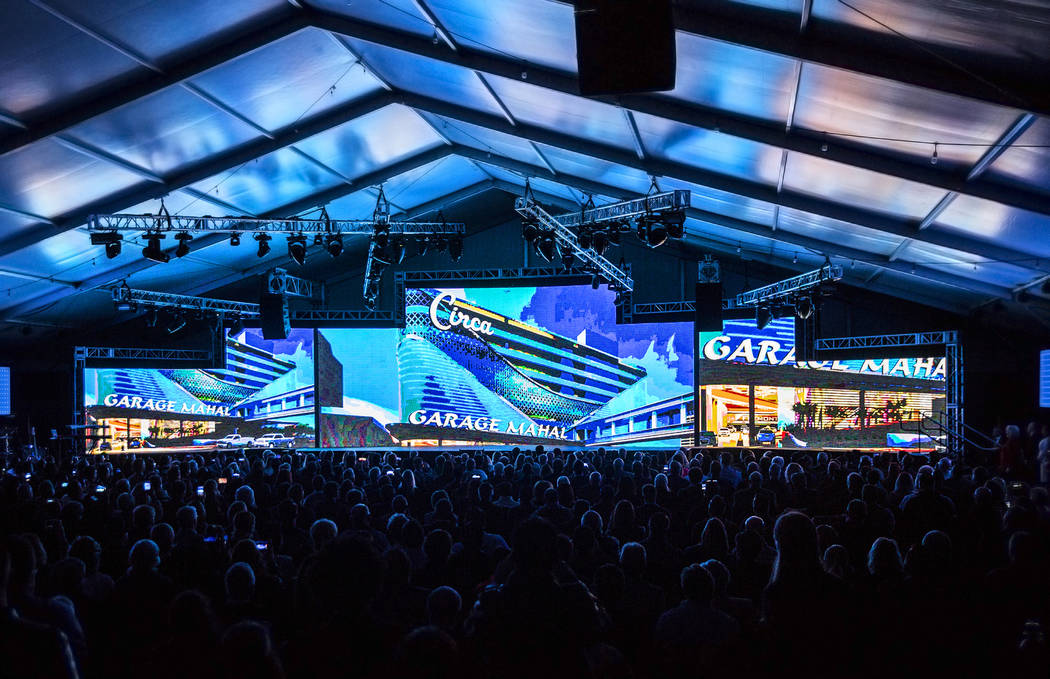 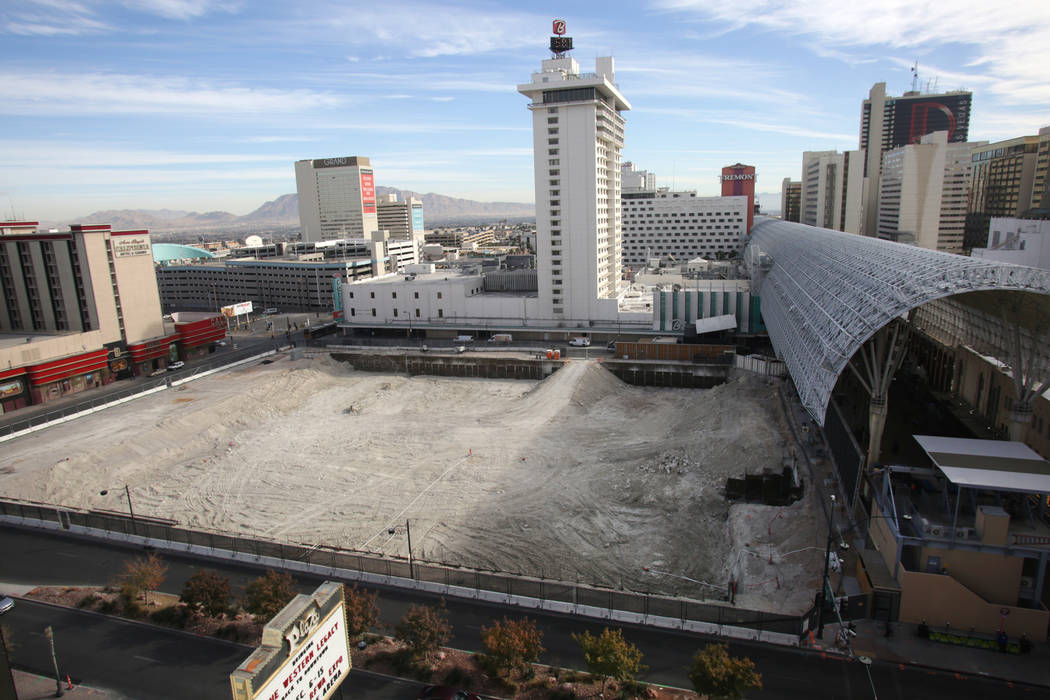 The site of Derek Stevens’ new property, Circa, being built in downtown Las Vegas at the northwest corner of the Fremont Street Experience on Monday, December 17, 2018. (Michael Quine/Las Vegas Review-Journal) @Vegas88s 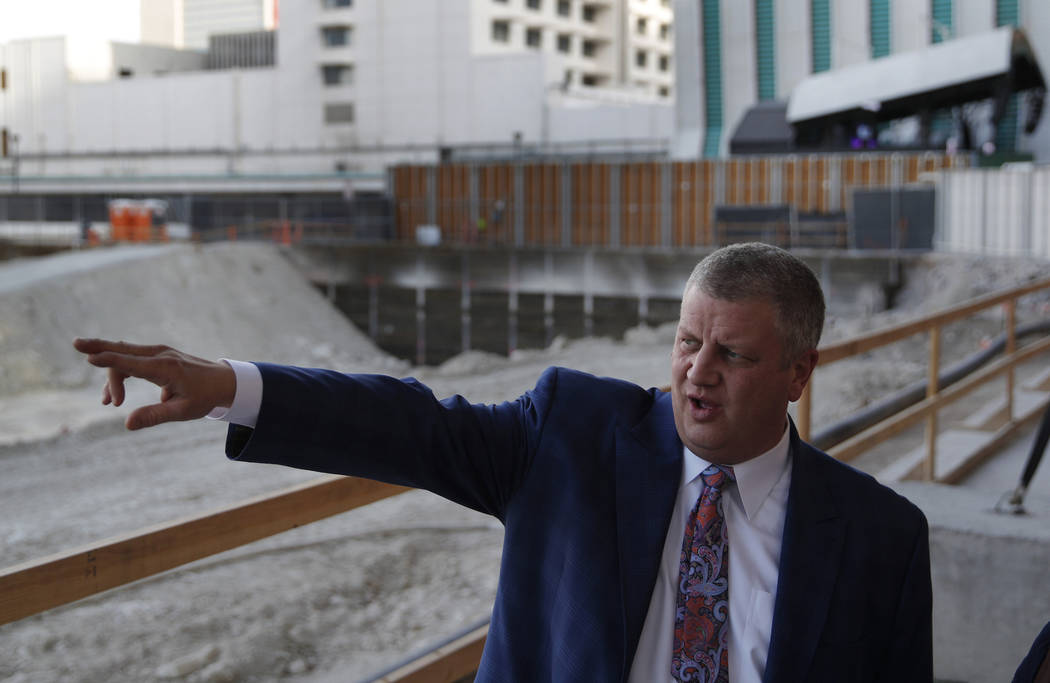 Co-owner Derek Stevens gives a tour of land where a planned casino-resort is scheduled to open in 2020 in Las Vegas on Dec. 17, 2018. The entertainment district of downtown Las Vegas will see its first casino-resort built from the ground up in more than three decades when the Circa opens in 2020. (AP Photo/John Locher)

Remember what everyone has said about 2020 being a blockbuster year for Southern Nevada?

That’s not Circus. Or Circa Circa. Just Circa.

His Thursday announcement that his new 777-room (a great Vegas number!) hotel will open its doors in December 2020 was more good news for Las Vegas and especially for downtown, which hasn’t seen a new property built from the ground up in decades.

Pardon that vagueness. Some local bloggers thought Stevens or I was trying to revise Southern Nevada history when Stevens said Circa would be the first brand-new hotel to be built in the neighborhood since 1975.

Technically, the last “downtown” hotel to open was the Lucky Dragon, because the state considers that property to be a part of the downtown Las Vegas gaming market. The Lucky Dragon opened in 2016 (and closed in 2018). Its neighbor, the Stratosphere, which Clark County always reminds me isn’t technically on the Strip, even though its owner says it is, opened in 1996.

Historical sources indicate that the last traditional downtown neighborhood from-the-ground-up casino to open was the Sundance in 1980, and some say the Holiday International, now Main Street Station, is a little older, having opened in 1978.

The funny thing about the Sundance is that Stevens now owns that building. After it opened, it went through several owners and operators and two renamings, to Fitzgeralds in 1987 and then in 2012 to the D Las Vegas, as it is known today.

Representatives for Stevens apologized for the confusion and said no one was trying to revise local history.

Based on Stevens’ outlook on the rise in sports wagering, there’s little doubt Circa is bound to become a downtown sports hub.

Stevens is enthused by the growth in nationwide sports wagering. He believes the expansion in betting doesn’t mean that Nevada will get a smaller piece of the gaming revenue pie but that the pie itself is going to get bigger.

The D is a salute to Detroit, and Stevens is a Tigers-Lions-Pistons-Red Wings guy through and through. Today, he hosts Golden Knights watch parties at his Downtown Las Vegas Events Center, where the Circa naming was announced.

I asked him where his loyalty lies when the Knights face off against the Red Wings.

“When the Golden Knights scored against the Red Wings — I didn’t think about it in advance — but at that moment, I cheered because I’m rooting for my home team. Fortunately, they’re in different conferences so I get to root for both teams for every single game of the season except for one at home and one on the road.

“If it ever gets to the point that the Wings play the Golden Knights for the Stanley Cup, then I’m going to have a tough decision.”

Las Vegas will make it easy for you, Mr. Stevens. It’s VGK.