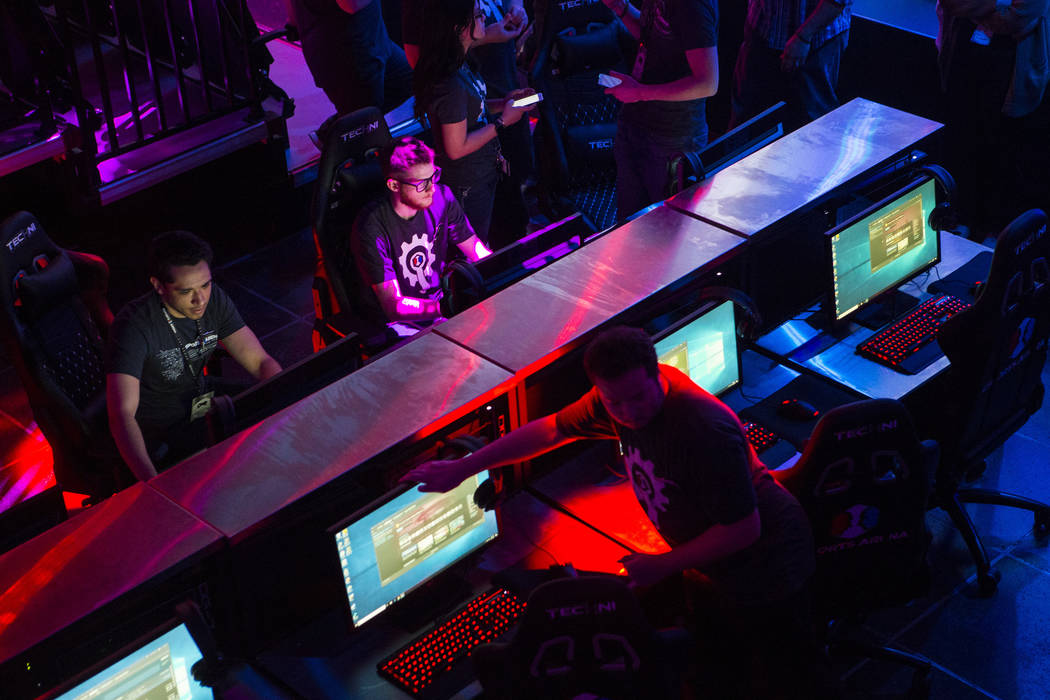 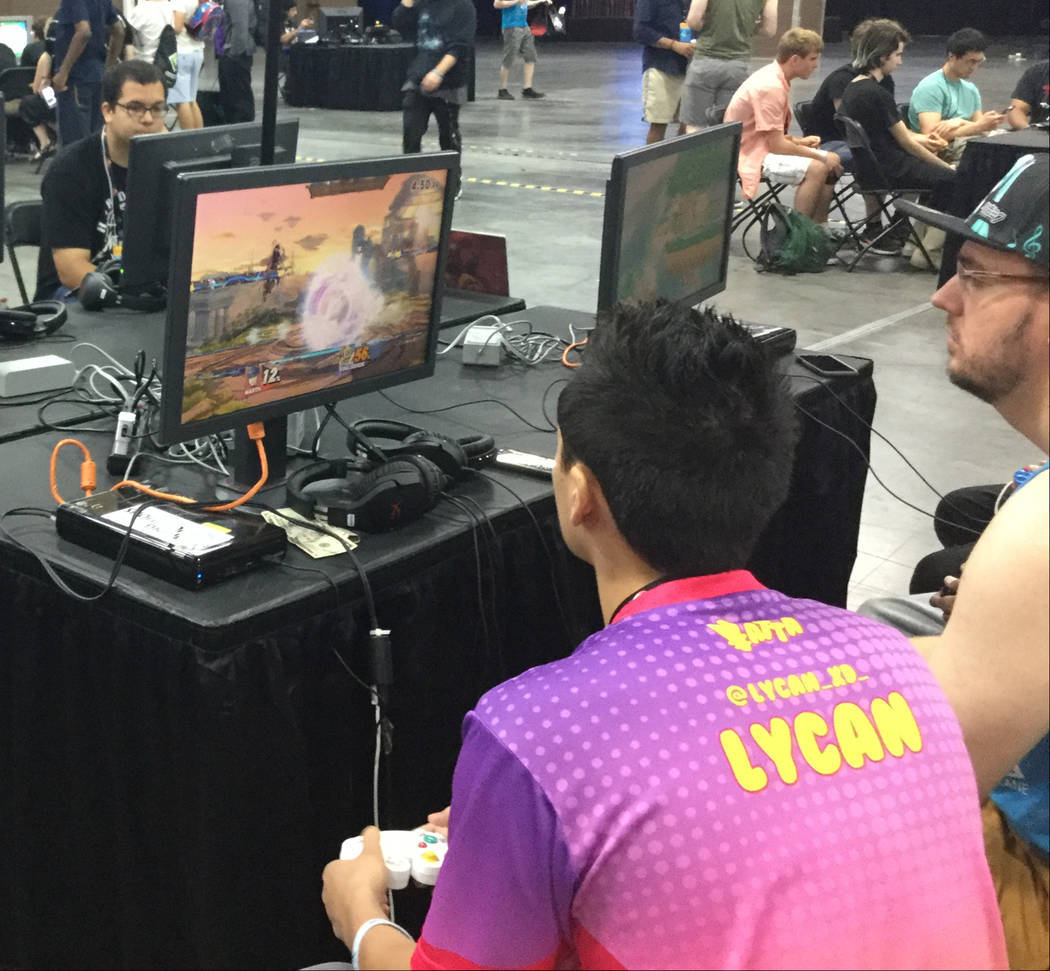 Jordan Aguda, participates in a money match, as noted by the cash at the bottom of the monitor, during the 2017 Evolution Championship Series Friday, July 14, 2017 at Mandalay Bay. Evo is an annual video gaming tournament dedicated to the fighting genre of video games. (Nicole Raz/Las Vegas Review-Journal)

PROFESSIONAL wrestler Eddie Guerrero is credited with coining the phrase, “If you’re not cheating, you’re not trying.”

That philosophy apparently has found its way into esports, the popular new world of competitive video gaming.

A recent study by Brett Abarbanel, director of research for UNLV’s International Gaming Institute, and Mark R. Johnson, a Killam postdoctoral fellow in the Department of Political Science at the University of Alberta, found that many fans of video game competitions aren’t concerned about whether players deliberately set out to lose.

That, of course, is a big integrity problem if there are bettors wagering on the outcome of a competition.

It’s one more roadblock in the bid to popularize esports within the gaming industry and another reason why sports wagering isn’t the panacea many states thought it would be for struggling government budgets.

Both topics were front and center in last week’s International Conference on Gambling and Risk Taking, a once-every-three-years event that brings academia to the industry that made Las Vegas famous.

With casinos accessible in most U.S. states, Las Vegas has been working to market offerings that other casino destinations don’t have. One of those is esports venues, an attempt to lure millennials — people roughly between ages 23 and 38 — into the casino with an attraction that appeals to them.

The Abarbanel-Johnson research illuminates a problem related to betting on esports, especially if players and the fan base have no problem with participants throwing matches. It means they probably wouldn’t bet on it.

Match-throwing is no different from athletes who underperform to shave points for profit, a phenomenon that has occurred occasionally in college basketball. The integrity of the game is what many sports leagues and the NCAA harp on most when it comes to sports wagering.

The jury is still out on how sports integrity will be monitored as sports betting spreads across the U.S. like a spring snowstorm.

Roberts said that some states are a little disillusioned that sports wagering revenue isn’t turning out to be as great as they thought it would be.

Policymakers apparently didn’t understand that handle — the amount of money wagered on games — isn’t the same as taxable revenue. When states saw that Las Vegas annually takes $4 billion in sports bets and that it was estimated that anywhere from $80 billion to $380 billion was wagered illegally worldwide, the policymakers immediately saw an opportunity to build roads, fund education and provide new government services.

Las Vegas sportsbook directors explained over and over that while billions come in, billions also go out to pay winning bets.

Roberts explained the low margins that sportsbooks deal with on a regular basis when they take action on games. She shared how a sportsbook director’s job is to set lines that attract bettors on both sides of a game or proposition. She defined “vigorish,” the amount of money the book takes for itself on bets, and explained how money bet by the losers is used to pay off the winners.

There are other expenses paid by the revenue generated: employees salaries, rent, line information services, software and technology providers, corporate income taxes, gaming revenue taxes and, if leagues get their way, official data and integrity fees.

Roberts used Rhode Island’s experience as an example of what it thought was going to happen and what actually happened. The state’s sports wagering revenue projection was $11.5 million; so far, it has made $150,000 since betting began Oct. 1, even with a 51 percent tax rate. Incidentally, the state got crushed in the Super Bowl, paying off a high number of bets on the New England Patriots to win.

Those who see esports as a possible new sportsbook revenue source can look to Nevada for how well that’s going. So far, only four books have sought regulatory permission for wagering for esports events.

If books were to get into that action, they’d need to hire some experts who know esports well enough to produce good lines.

And now, per Abarbanel and Johnson, there could be an integrity problem too, because if you’re not cheating, you’re not trying.