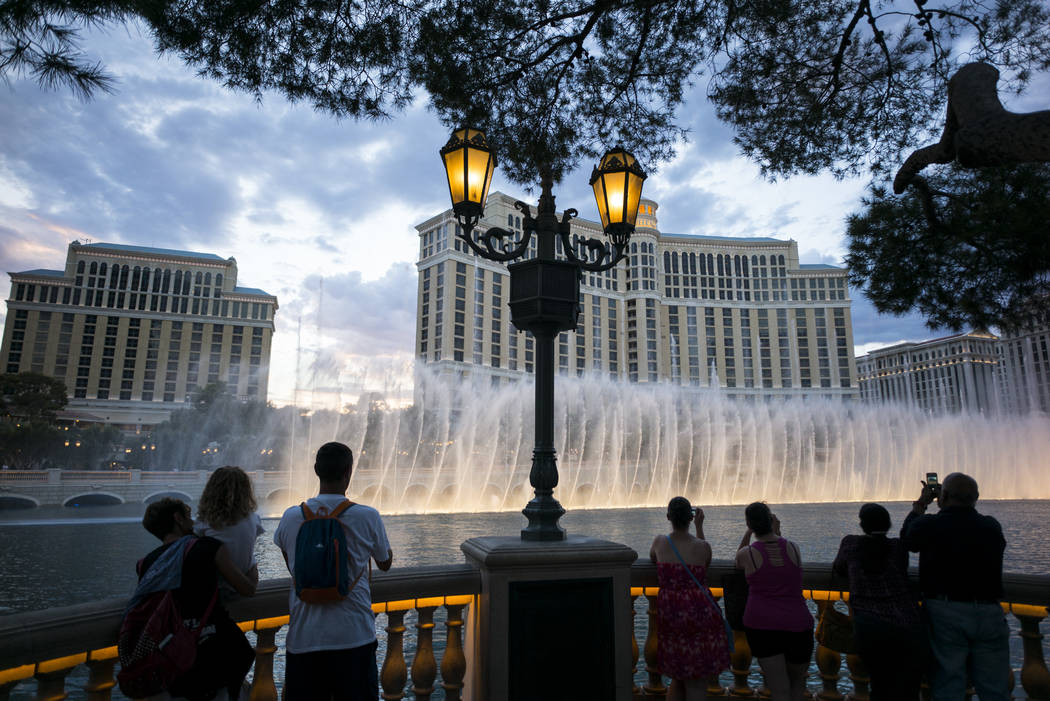 The next iteration of how R&R Partners will market Las Vegas as a tourism destination under its $15.5 million annual advertising and marketing contract with the Las Vegas Convention and Visitors Authority has arrived.

It even has its own name: HyperVegas.

Members of the R&R team shared concepts of the plan with the LVCVA board last month and produced a website, Mission2020.vegas, to explain how “the travel universe has changed” and what the 70-plus R&R team members dedicated to the Las Vegas account plan to do about it.

And if you’re wondering what will happen to those funny “What happens here, stays here” television ads, don’t despair — they’re still going to be a part of the plan.

HyperVegas refers to the rapid pace at which people consume media content on their mobile devices and how Las Vegas needs to be prepared to react with each news story, tweet and post directed at those considering a Las Vegas experience. It also references how rapidly Las Vegas and its attractions can and will change over the next three years.

While initially promoted as a look at R&R’s upcoming marketing strategy, the explanation of the plan evolved into how Las Vegas is going to be different with major-league sports and new convention facilities in the mix.

Las Vegas already has seen more transformations in the past two decades than most communities see in a century.

Since the early 1990s, Las Vegas has moved from a casino-centric destination to themed integrated resorts with convention and meeting facilities to entertainment capital to dining wonderland to spa central to a home base for outdoor adventure. It tried and failed at being a family destination, circled back to adult-centered attractions and now sees before it an opportunity to become the place to go for only-in-Vegas experiences (shooting machine guns from helicopters?), major-league hockey, football, NASCAR and esports with boxing and mixed martial arts. All within a background of a growing number of hotel rooms that it will be the LVCVA’s responsibility to help fill.

“We know that three years from now, our community isn’t going to look the same,” LVCVA President and CEO Rossi Ralenkotter told the board before introducing the R&R team.

“We challenged our teams here at the LVCVA to really think ahead. What’s happening in the destination? What’s being built? We’ll have a lot of new meeting space, convention space, T-Mobile and the hockey team will be going, the Raiders are coming into town, and you’re seeing more and more things being proposed every single day so here we are again reinventing the destination.”

While there are those who say Las Vegas doesn’t have to advertise and everybody already knows what it is, Ralenkotter contends that the competition is stiff and consumers always need a nudge to consider coming here.

“Las Vegas, no matter what anyone says, does not sell itself,” he said. “You cannot expect people to come here every year without giving them the information and the knowledge to understand what this destination is all about.”

Adult freedom is still the key. R&R based its “What happens here, stays here” campaign on people’s desire to experience freedom and indulgence in Las Vegas. That will be a continuing theme.

Deliver the message inexpensively through social media. R&R’s research found that people spend six hours a day on digital and social channels. It therefore makes sense to reach people through that means.

“To effectively reach our segments, we’re going to behave more like an entertainment and lifestyle publisher of content, similar to Buzzfeed or Refinery29. That means curating peers that our audiences trust and creating or inventing dynamic work with those influencers who can authentically advocate on our behalf,” R&R’s HyperVegas site says.

Move TV ads to late night. To reach a younger hip audience, television spots will run with “Saturday Night Live” and “Jimmy Kimmel Live” instead of with morning news shows.

Show off with some cool high tech. R&R is creating a virtual-reality experience that can be viewed through 3-D goggles to be taken on LVCVA road trips and buyer meetings. They’ll immerse people in a Las Vegas experience without being here.

Focus on “bleisure” travelers. There will be an added emphasis on business people, those attending conventions and conferences, to encourage them to add time before or after their meetings and to bring a companion to experience the fun of Las Vegas with them.

Show international visitors the whole picture. The agency will create content that will move beyond the Strip, showcasing Boulder City, Laughlin and Mesquite as well as downtown Las Vegas.

China, of course. With 100 million Chinese expected to be traveling abroad by 2020, the LVCVA will work with its overseas partners to produce content that will resonate with Chinese travelers, the same way they did with visitors from Mexico, Canada and the United Kingdom.

Be nimble. One of the advantages to digital-based marketing is that it can maneuver quickly if something doesn’t pan out the way it was expected. The LVCVA was able to divert campaigns when hurricanes battered Houston and the East Coast when people were more worried about their surroundings than making a trip out of town. R&R also expects to change strategies on the fly if a specific aspect of a campaign isn’t working or achieving anticipated results.

More “What happens here, stays here.” The ads have won awards. They’ve been copied and mimicked. Their themes produce a good laugh. Why not? A new batch is on the way.