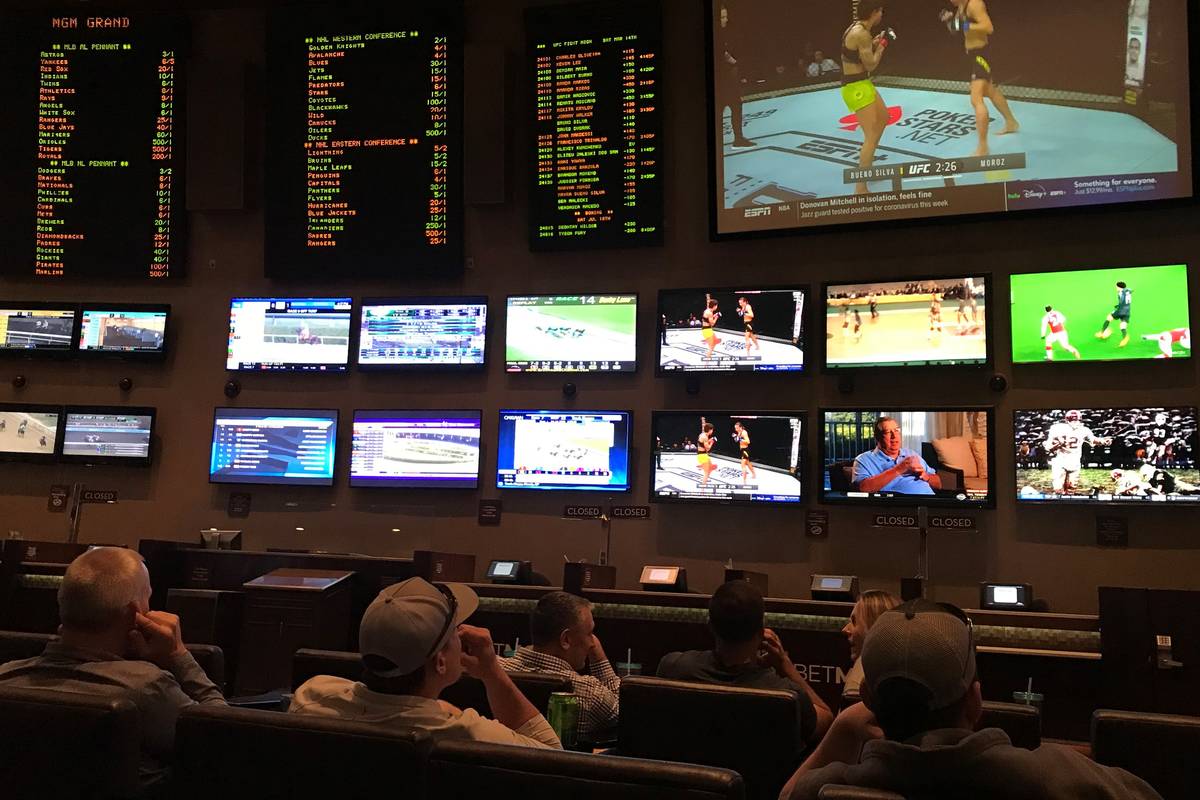 For the same month, New Jersey books took in $315.1 million.

Experts in New Jersey conclude that one of the big reasons their state generated nearly twice as much revenue than Nevada is because it’s so much easier for people there to sign up for mobile sports-betting apps.

Of New Jersey’s sports win, 93 percent of it came in through mobile apps in July, while in Nevada, just 69 percent of the wagering was done via smartphone or tablet.

That’s led some of those New Jersey experts — and some critics in Nevada — to question whether it’s time that Nevada follow New Jersey’s lead and simplify the mobile account sign-up process.

The main difference between signing up in Nevada and signing up in New Jersey is that an individual wanting a mobile account here has to sign up in person at a casino. In New Jersey, the whole process can be accomplished remotely.

“I think the biggest thing that Nevada can do better is move away from in-person registration for remote registration,” said Chris Altruda, sports betting industry analyst for NJOnlineGambling.com.

Evidence is slowly mounting for the advantages of remote sign-ups. Pennsylvania, Indiana and Colorado have joined New Jersey in allowing remote registration.

In July, Pennsylvania also had higher sports revenue than Nevada. Indiana trailed Nevada, followed by Colorado, which only launched sports wagering in May.

“Since they went live, Indiana has cleared more than $1 billion in handle and almost 72 percent of that comes from online betting,” Altruda said.

Dustin Gouker, lead analyst for PlayColorado, said online and retail sportsbooks combined to generate $59.2 million in wagers, up 55.2 percent from $38.1 million in June. Most of the bets are made with apps from what has become an incredibly wide range of competitors in the market.

While the numbers seem to suggest that allowing remote registration would be a positive for Nevada, the CEO of one its sportsbook operators — whose company probably would stand to benefit from simplified sign-ups — believes that the state should stay the course on in-person registration and that the reason New Jersey, Pennsylvania and Indiana have been so successful has nothing to do with the sign-up procedure.

“They’re very different markets,” Joe Asher, CEO of William Hill US, said of the comparison between New Jersey and Nevada. “New Jersey has bigger numbers, but they also have four times the population of Nevada, plus they’re just over the bridge from New York City and there’s no sports betting in New York.”

There’s an interesting sports betting phenomenon that occurs before major sporting events. New Yorkers will cross the river into New Jersey, place their bets with their apps, then either find a sports bar to watch the game or return home.

The same phenomenon occurs at Philadelphia — although Pennsylvania has legalized mobile wagering — and in Indiana (Chicago).

“Another big difference between Nevada and New Jersey is that 99.9 percent of the population here lives within 15 minutes of a casino where you can sign up,” Asher said. “All of the casinos in New Jersey are in Atlantic City, and that’s a good two-to-three-hour drive.”

Asher believes Nevada eventually generates revenue for itself but in a way that won’t show up on monthly Gaming Control Board casino win reports.

“In Nevada, the longstanding public policy has been to encourage investment in brick-and-mortar casinos,” he said. “That’s why you see continued investment in places like the sportsbooks at Caesars Palace.”

The theory is that by requiring people to go through the doors to sign up for a mobile app, a player will see all the casino’s amenities, maybe even drop a few dollars in slot machines or table games or buy a meal. There’s also a lasting impression left with the player about the atmosphere of the casino environment.

Altruda gets that. He knows how many people have fun spending time with other bettors celebrating the victories or commiserating over the losses, especially during events like the Super Bowl or the first week of the NCAA Tournament.

Not only is a smartphone app a great convenience to bet when you can’t get to the casino, players often use them for rapidly expanding in-play wagering opportunities. Those are bets that can be made while a game is in progress, reflecting the changing odds of a team winning or losing or propositions involving what could occur during a game.

Enabling a change in the sign-up process would require amendments to existing sports wagering regulations.

But regulators, who like the look-’em-in-the-eye method of taking a new mobile gaming account registration, may not be ready to change Nevada’s approach, despite the big money being generated in New Jersey and Pennsylvania.