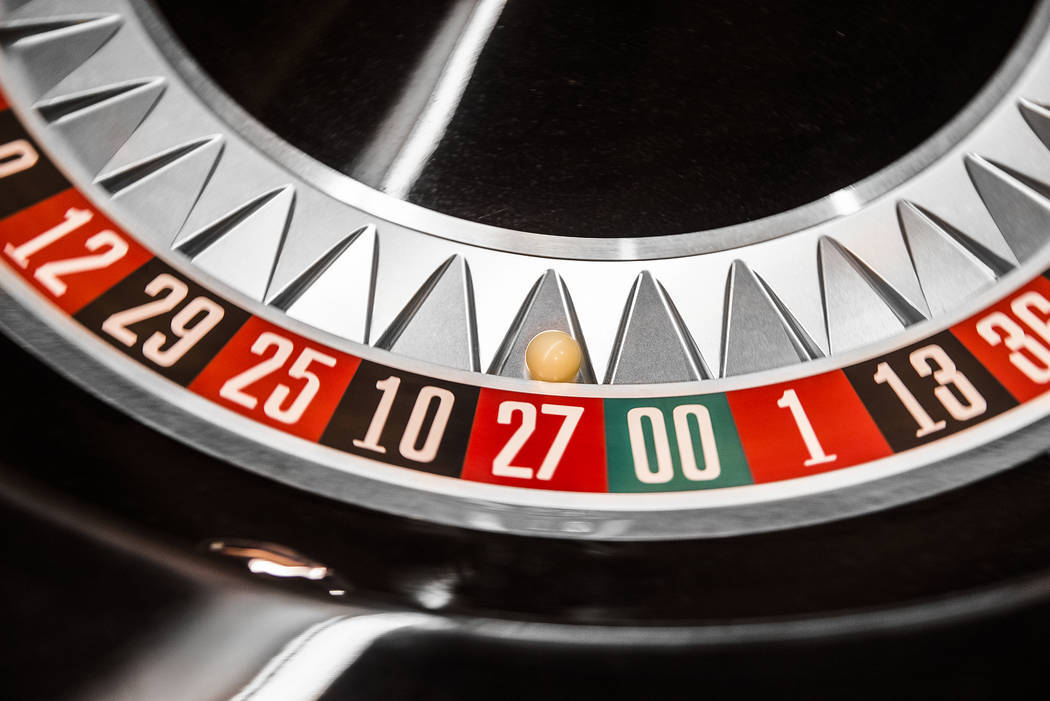 The Nevada Control Board is reporting six-month gaming win at $5.2 billion for Clark County, which is nearly the same as it was a year ago. (Benjamin Hager/Las Vegas Review-Journal) @benjaminhphoto

We’ve reached the statistical midpoint of 2019 for Las Vegas’ gaming and tourism industries.

Based on recent reports from the state Gaming Control Board and the Las Vegas Convention and Visitors Authority, it seems we’re hanging in there and the future is promising.

For those who have been here long enough to remember the growth of the go-go ’90s and the early 2000s, this isn’t that. In those days, we had dozens of national news magazine articles touting Las Vegas as a destination, and many of the monthly increases in visitor volume came in double-digit percentages.

June represented the second straight month of growth in volume after two months of declines, according to the LVCVA. As of the end of June, visitor volume was just 0.6 percent ahead of the first six months of 2018. With a strong back end of the year, Las Vegas could pass 2018’s total visitation of 42.1 million visitors, and maybe even best 2017’s 42.2 million. But we won’t likely threaten the record of 42.9 million set in 2016.

What’s important now is that other key indicators are healthy. Through June, citywide hotel occupancy is up 0.5 percentage points to 89.3 percent, which is shaping up to be the best performance since 2007’s record 90.7 percent (which matched 1996, the year the Stratosphere Tower and Monte Carlo — now The STRAT and Park MGM — opened).

The average daily room rate for the half year is at $135.23. During the recession years, it had dipped below $100.

Las Vegas also is on a pace to top the record for convention attendance set in 2017. At the halfway mark of 2019, 3.5 million conventioneers had visited the city, and the count is 1.1 percent ahead of last year; the record total is 6.6 million.

It’s clear why Caesars Entertainment Corp., Wynn Resorts Ltd. and the LVCVA have convention facility projects opening in the next 18 months and why MGM Resorts International has such a healthy convention calendar in the next six months.

While strong visitation doesn’t necessarily translate into strong gaming numbers, it’s encouraging that the Control Board is reporting six-month win at $5.2 billion for Clark County, which is nearly the same as it was a year ago. That’s despite a 1.4 percent decline in win on the Strip.

June turned out to be the best month for gaming win this year, salvaging a stream of mediocre reports over the first five months.

Slot win has recorded only one decrease statewide over the past 10 months and is up 2.4 percent for the calendar year to date.

Just as the volatile game of baccarat was blamed for much of the poor performance early in the year, it got credit for the June turnaround.

Michael Lawton, senior research analyst for the Control Board, explained what happened in June, which turned out to be a record for gaming for that month of the year. The key was that baccarat win in June was $157.9 million, which was up $84.2 million or 114.3 percent from June 2018.

“The baccarat increase was the result of volume ($762.5 million) being up 19.5 percent and most importantly, baccarat’s hold percentage was significantly higher than normal coming in at 20.71 percent vs. 11.55 percent last year,” Lawton said. “If you recall, last month the hold was just 7.55 percent.”

Think about that. The “hold,” or the percentage casinos kept after the game outcome, was nearly twice as much this June as in June 2018. Add in that there was significantly greater volume and it’s a recipe for a strong performance.

It’s that volatility — the potential exchange of big money in a game in which the casino has just a 1.2 percent edge over the player — that makes it so appealing.

Casinos obviously are hoping for more months like June than January through May.

The indicators are promising for the rest of 2019. But as we all know, it’s just a table-setter for what could be a record year in 2020.

New convention facilities will open. Resorts World Las Vegas will be near completion. Las Vegas Stadium will open its doors for the Raiders, UNLV and a series of big concerts and events.

It should be historic.