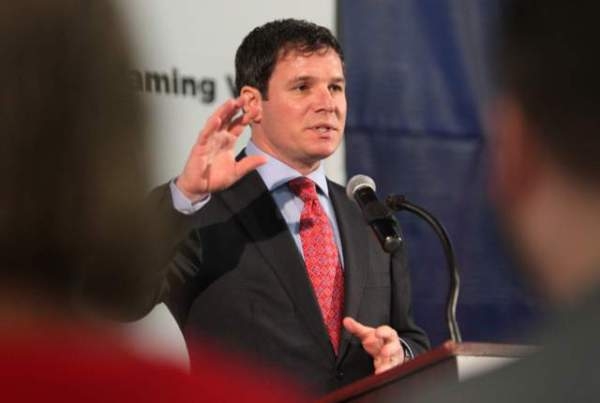 Three years after the head of the U.S. Treasury Department’s federal money laundering unit told the gaming industry it needed to clean up its casinos, operators have heeded the advice.

Accounting and consulting firm Ernst & Young looked at the gaming industry’s practices and found that casino operators have implemented “a sweeping series” of customer due diligence procedures that monitor illicit behavior and increased the number of Currency Transaction Reports and Suspicious Activity Reports filed with the Treasury Department.

The American Gaming Association, which drafted a white paper in December 2014 to help the casino industry institute “best practices” for anti-money laundering compliance, commissioned the study.

“The casino industry has had some successes in the past several years,” said American Gaming Association CEO Geoff Freeman. He said casino companies have made an “unprecedented” investment into their anti-money laundering programs,

Budgets for those programs grew by 74 percent in the past five years. Suspicious activity report filings have doubled and gaming companies have actually ended relationships with customers that posed an “unacceptable risk level.”

Casino companies also created a partnership with the federal government.

It wasn’t always that way.

In 2013, Jennifer Shasky Calvery, director of the Treasury Department’s Financial Crimes Enforcement Network (FinCen) told casino companies in a speech prior to the Global Gaming Expo in Las Vegas it needed to do more to combat money laundering.

Calvery made similar public comment in June 2014 in a speech to a room full of gaming attorneys at the Bank Secrecy Conference at Red Rock Resort.

Calvery’s initial remarks came a few months after Las Vegas Sands Corp. struck a deal with federal prosecutors and paid a settlement of $47.4 million to avoid criminal charges in connection with the money laundering activities at The Venetian in 2006 and 2007 by a high-end gambler who was allegedly linked to drug trafficking. Las Vegas Sands never faced Nevada gaming scrutiny over the settlement.

Meanwhile, Caesars Entertainment Corp. paid $9.5 million in fines — $8 million to federal prosecutors and $1.5 million to Nevada — to settle charges over lapses in its anti-money laundering programs at Caesars Palace during a three-month period in 2012.

No one doubts that FinCen may have investigations underway at Nevada resorts — the agency will never confirm or deny ongoing probes. Still, Freeman said the industry “has come a long way” from Calvery’s “stern lectures” in 2013 and 2014.

“Our industry had a choice,” Freeman said. “We could have said ‘leave us alone,’ but we embraced responsibility. I think we’re in a mutually agreeable place.”

“Most regulators and officials we spoke with noted that casinos have improved the overall quality of regulatory filings pertaining to (anti-money laundering) and continue to aid law enforcement investigation efforts,” said Ernst & Young partner Tom Roche, a former Nevada Gaming Control Board member and the head of the firm’s Global Gaming Services.

“In an environment where (anti-money laundering) compliance is of paramount importance to the gaming industry, stakeholders have made great strides in preventing and detecting illicit behavior,” Roche said.

The American Gaming Association’s report came out ahead of the Financial Action Task Force Mutual Evaluation, which reviews a country’s policies toward anti-money laundering and counter terrorist financing.

Freeman said the AGA wanted to get in front of the evaluation. The comprehensive reports are used by governments and the private sector to understand the money laundering and terrorist financing risks.

While the Ernst & Young report shows casinos “have taken a 180-degree turn” since the industry was chastised by Calvery, Freeman knows one slip-up could taint all gaming companies.

“People continue to have misconceptions about our industry that we’ve worked hard to change,” Freeman said. “But we have become a model for FinCen’s reforms. Our industry has a good story to tell.”