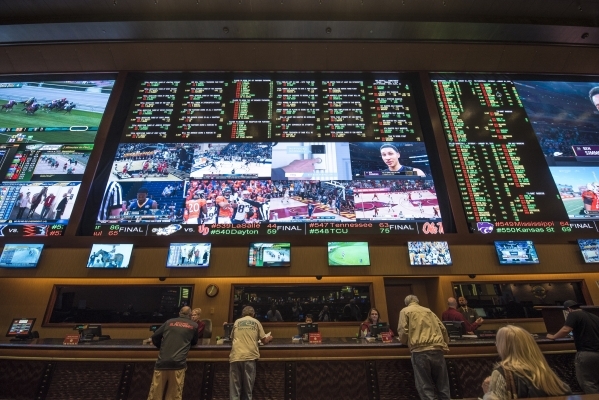 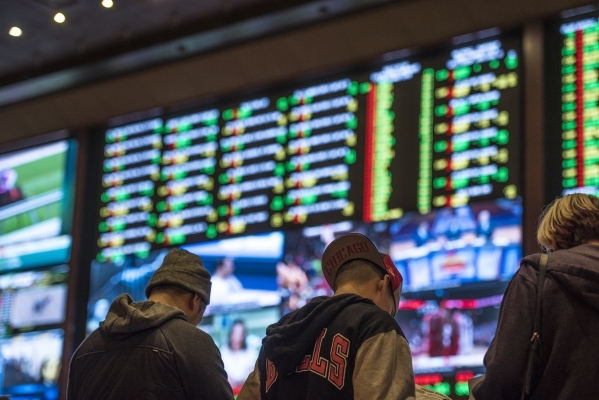 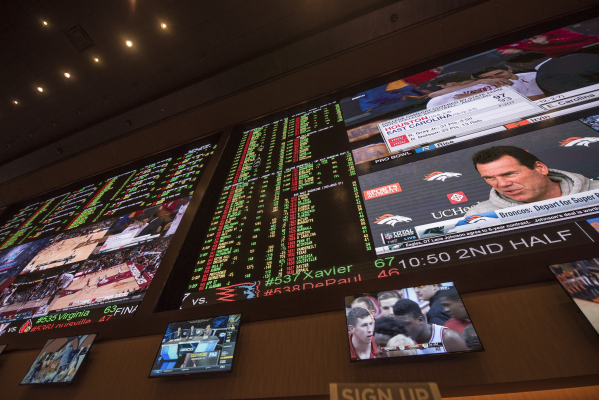 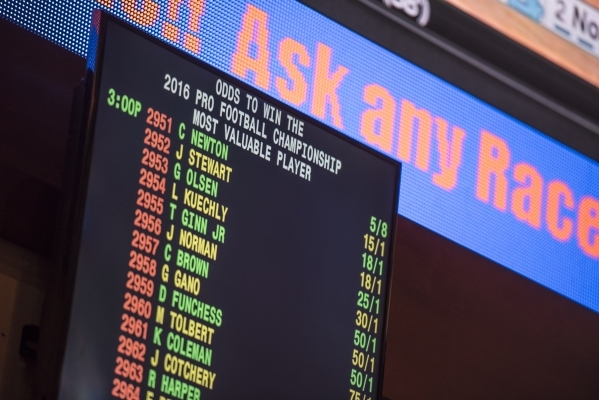 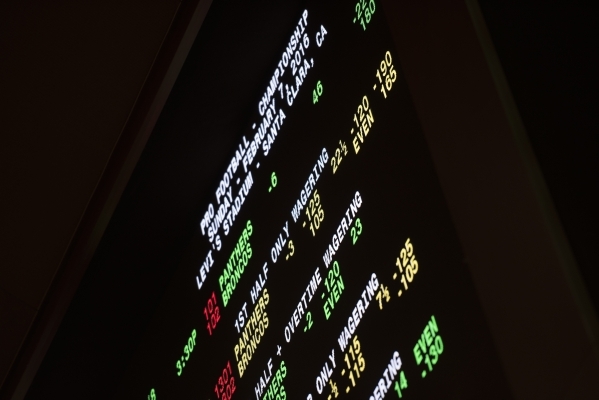 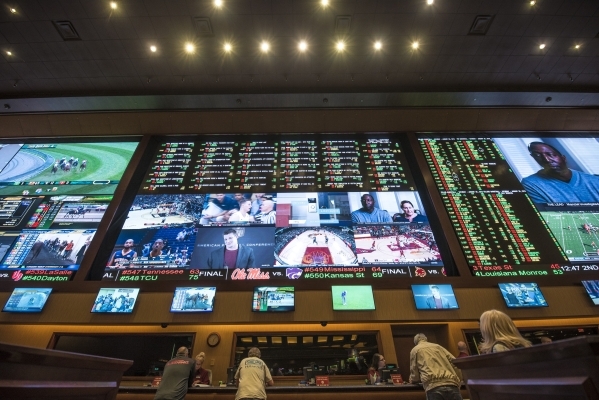 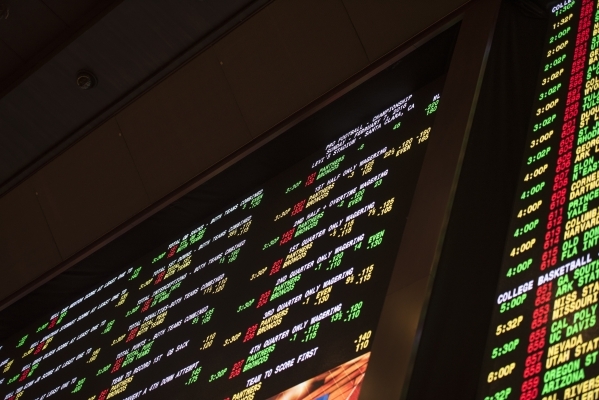 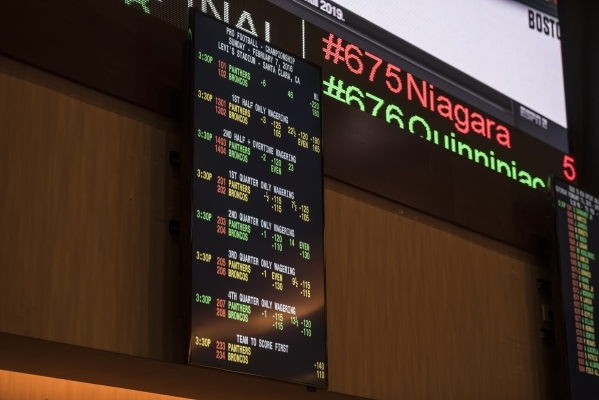 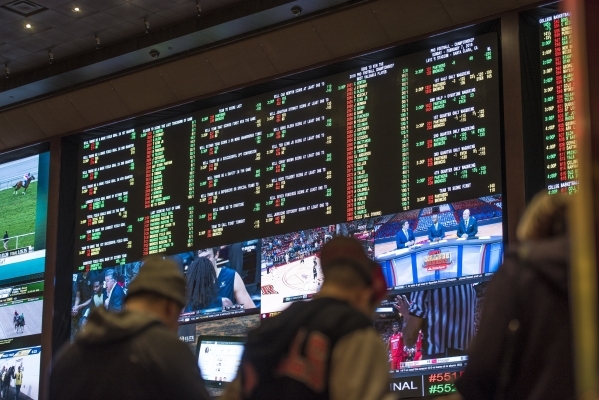 The Carolina Panthers didn’t exist and Peyton Manning was in high school when Congress halted expansion of legal sports wagering in the U.S. in 1992.

As for stopping illegal sports betting, the 24-year-old law has been an abysmal failure. Unregulated sports gambling has grown, expanded and thrived.

Despite the black market, legal sports betting in Nevada has prospered. Gamblers wagered a record $4.2 billion on sports in 2015, an increase of 8.5 percent from a year earlier and the sixth consecutive year the figure has grown, according to the Gaming Control Board.

The Washington, D.C.-based AGA said $4.2 billion will be wagered by the time the Panthers and Manning’s Denver Broncos take the field Sunday at Levi Stadium in Santa Clara, California. Roughly 97 percent of those bets will be of the illegal variety.

In Nevada, legal wagers on Super Bowl 50 will easily top $100 million for the third year in a row and could rival the all-time record of $119.4 million bet on the 2014 Super Bowl, when the Seattle Seahawks upset the Broncos, 43-8.

“I’m would be pretty disappointed if we don’t do a record number, based on the early money,” said longtime Las Vegas oddsmaker Jimmy Vaccaro of the South Point.

Vaccaro said the matchup between the Broncos and Panthers resembles today’s sports gamblers. Broncos fans, backing a storied franchise, bet the money line and head to the sports book ticket windows. Fans of the upstart Panthers, a team that played its first game in 1995, seem to favor mobile wagering.

The American Gaming Association said the Super Bowl highlights the attitude of sports gambling in general. A survey released by the trade group this week found overwhelming support for the legalization of sports gambling with the issue being left up to individual states to decide.

“We think it’s time for the federal government to revisit this issue,” AGA CEO Geoff Freeman said. The organization announced last year it would develop a “rational alternative” to current sports betting laws. The Super Bowl was the kickoff in the effort. As with all gaming issues, the trade group believes states should decide on their own if they want a piece of the action.

“The casino gaming industry is leading the conversation around a new approach to sports betting that enhances consumer protections, strengthens the integrity of games and recognizes fans’ desire for greater engagement with sports,” Freeman said.

But this will take awhile. Freeman predicted three to five years for Congress to have some movement on the issue.

“By Washington standards, that’s rocket speed,” Freeman said. “That’s why people are frustrated by the pace of change.”

The commissioners of at least three of the major sports leagues softened their stances toward legalized sports betting.

Freeman said sports fans wants to be “more invested” in their team. That financial outlay includes buying team gear and, for some, placing a bet on the team.

The NFL has been the lone holdout. Years ago, the league cracked down on Las Vegas casinos using the trademarked name “Super Bowl” for weekend events surrounding the game, including parties hosted by former NFL players and coaches.

Casinos and the NFL have shown they can coexist.

Baltimore, Philadelphia, San Diego, New Orleans, and Phoenix, for example, are homes to both NFL teams and commercial or Indian casinos. Levi Stadium is less than 100 miles from the Station Casinos-managed Graton Resort near Santa Rosa.

The difference is the absence of legal sports betting.

Meanwhile, hometown fans of Carolina and Denver can watch the Super Bowl at a nearby casino, but they can’t legally wager on the game.

Harrah’s Cherokee in North Carolina is 163 miles from Bank of America Stadium in downtown Charlotte. The casino doesn’t have any events scheduled for the game. Affinity Gaming’s three casinos in Black Hawk, Colorado, are less than a one-hour drive from Sports Authority Field at Mile High Stadium in Denver.

“We don’t try to buck this trend, so we run food specials and ask our staff to wear their best jerseys and celebrate with the customers that are there,” Silberling said. “The interest in the team is so strong that the casino floor is a bit of a ghost town when the Broncos are playing.”

Legalized sports betting might liven things up even more in the regional markets.