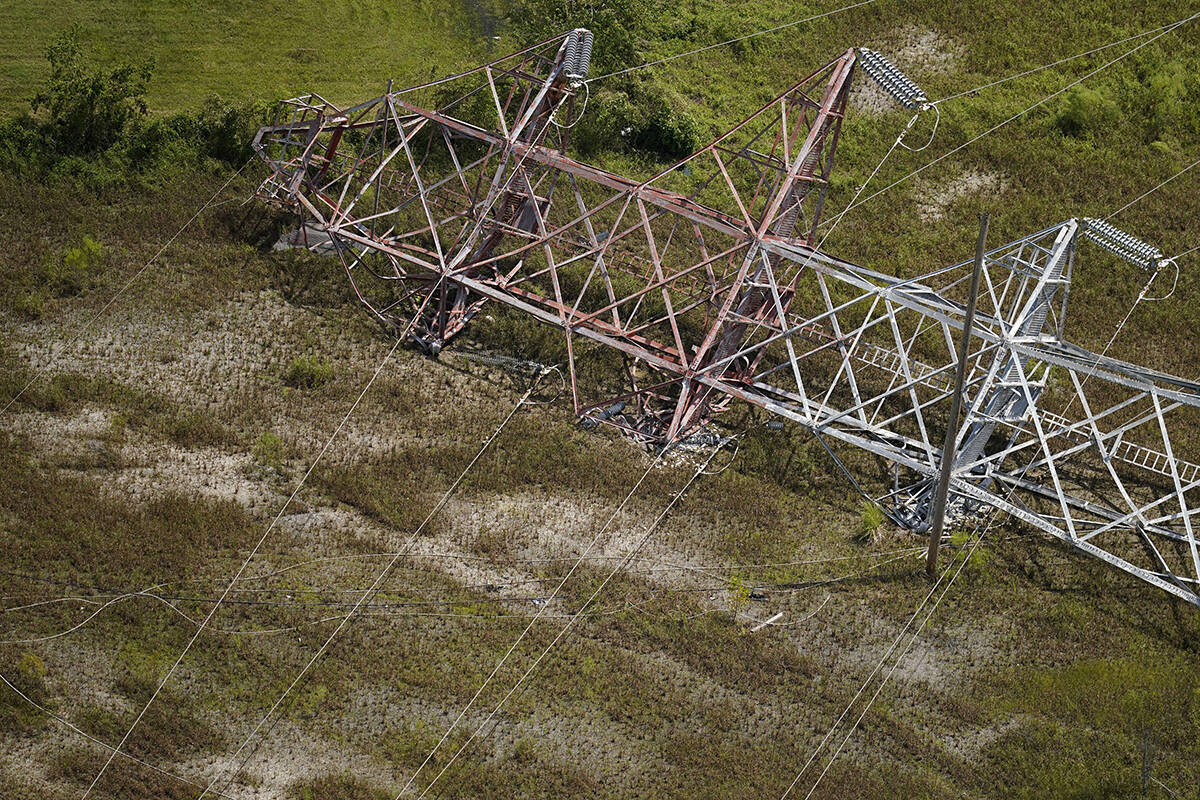 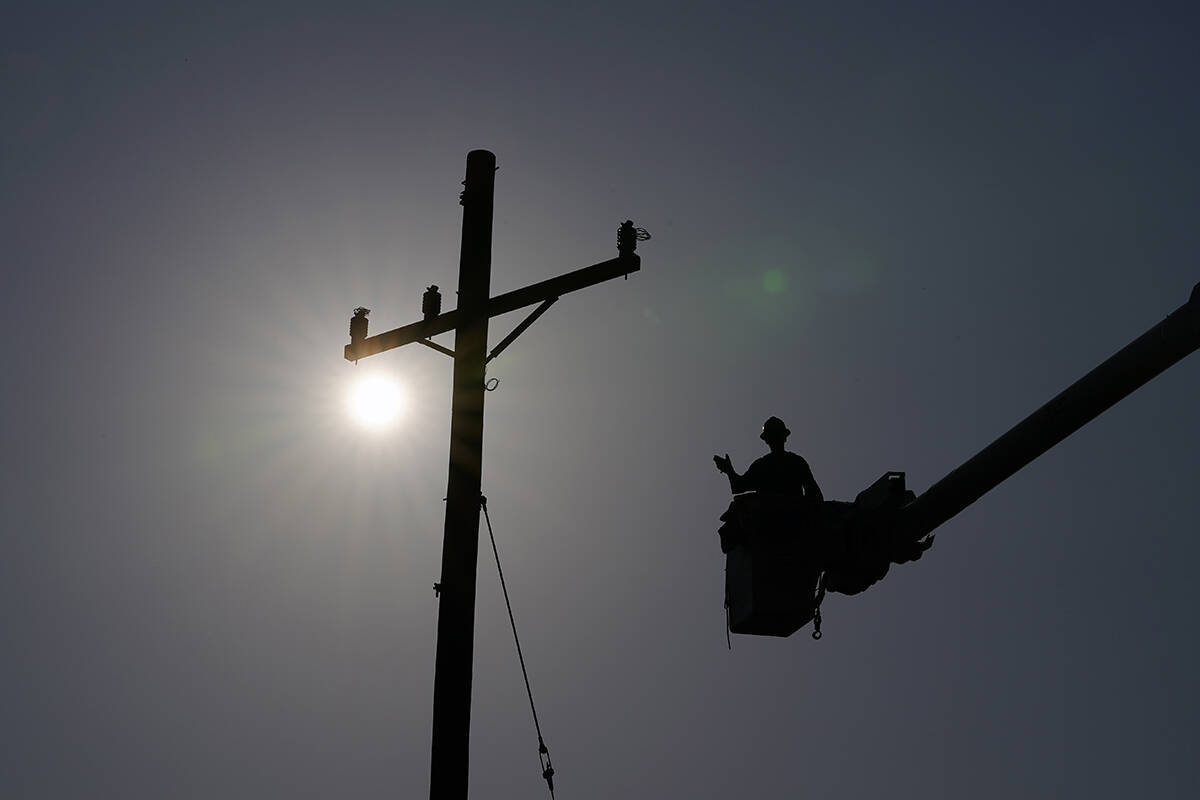 In the aftermath of Hurricane Ida, a lineman gestures as he works on a power pole, Sunday, Sept. 5, 2021, in LaPlace, La. (AP Photo/Matt Slocum) 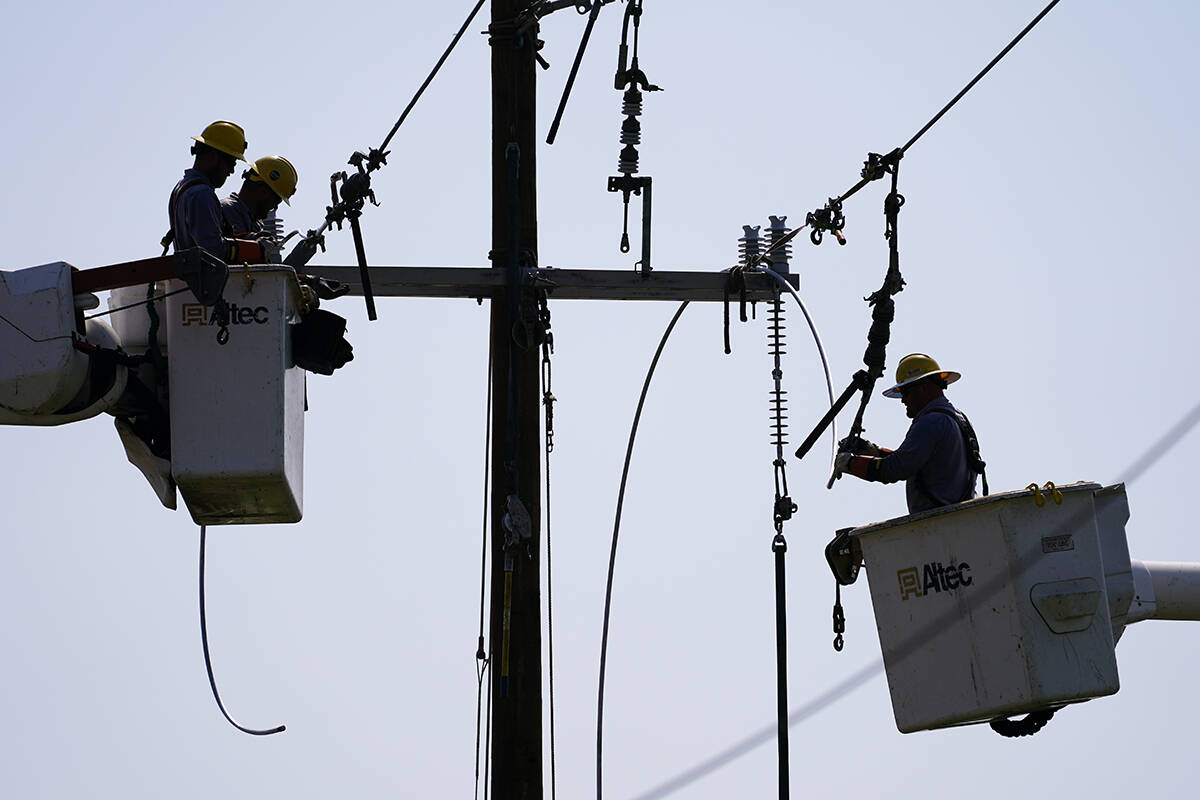 Crews work on power lines that were damaged in the aftermath of Hurricane Ida, Friday, Sept. 3, 2021, in LaPlace, La.Power out, high voltage lines on the ground, maybe weeks until electricity is restored in some places _ it's a distressingly familiar situation for Entergy Corp., Louisiana's largest electrical utility. Entergy is hardly alone. (AP Photo/Matt Slocum)

Casino companies operating in Louisiana, where casinos continue to be shuttered more than a week after Hurricane Ida made landfall, can expect double-digit percentage declines in gaming revenue, an analyst predicted Tuesday.

Carlo Santarelli, in a report to investors, said he expects a 19 percent decline in August gross gaming revenue in the state compared with 2019 figures.

Louisiana is the only market of six monitored by Santarelli and the New York office of Deutsche Bank that he expects to contract with increased revenue forecast on the Las Vegas Strip, the Las Vegas locals market, Missouri, Ohio and Indiana.

Ida, one of the most powerful storms in history, knocked out power in much of Louisiana.

A utility tower near Avondale collapsed into the Mississippi River to create a major outage. Avondale is across the river and southwest of downtown New Orleans.

Local authorities estimated 1 million people were without power after the Category 4 storm blasted through the region.

Casinos around New Orleans remain closed, including the largest in the market and the only land-based casino property in the state, Harrah’s New Orleans.

“We have no timetable for the reopening of Harrah’s New Orleans. Currently, we are working with local emergency services,” she said. “We also remain focused on supporting our impacted team members in the Gulf South region.”

A Penn National spokesman said last week that damage was still being assessed in Louisiana but that the company’s Hollywood Gulf Coast and Boomtown Biloxi properties in Mississippi reopened Aug. 31.