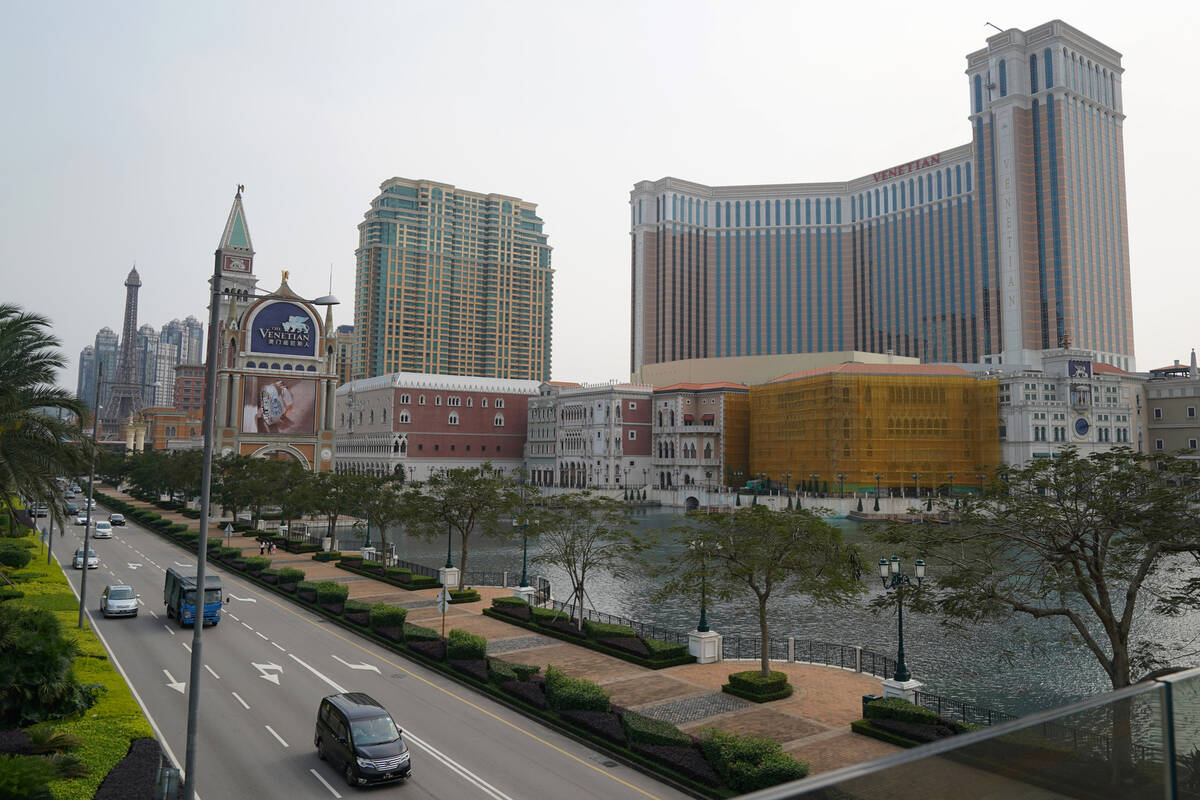 A view of the Cotai Strip is seen on April 10, 2020, in Macao. The Macao Daily has reported Macao will shut almost all business premises including casinos for a week as a COVID-19 outbreak showed few signs of abating. (Inside Asian Gaming)

At a time when gaming revenue has dried up in Macao, licensed casino operators there, including three Las Vegas-based companies, are being asked to invest more money on nongaming attractions as a condition of relicensing.

COVID-19 restrictions in Macao have damaged the region’s economy to the point that gross gaming revenue from the Strip is expected to surpass Macao in 2022, and analysts believe it may take years for the Chinese enclave to recover.

Both places saw moderate recovery in 2021, with Macao at $905 million and the Strip at $591 million, the year in which Las Vegas began setting revenue records.

The Las Vegas economy is booming with 16 straight months of revenue in excess of $1 billion. Macao, meanwhile, is in a downward spiral.

So far in 2022, Macao has reported generating $476 million for its first seven months while the Strip won $662 million in six months. (Nevada gaming win reports lag by a month.)

“Two main policies have led to the ongoing decline in Macao,” said Tash, who used to live in Las Vegas..

“Macao, following China on the other hand, kept its zero-COVID policy in place, and despite an improvement in 2021, is doing worse so far this year,” he said. “The already-bad 2022 was exacerbated in July during which Macao posted its worst monthly results since 2003. This was due to its worst COVID outbreak, which led to casino closures for the first time since the early days of the pandemic.”

A crackdown on junkets ordered by the government will make matters even worse, he said, and while the COVID downturn was temporary, the loss of junkets will likely be permanent.

For that reason, Tash is predicting that unless Macao stages a dramatic and highly unlikely comeback over the remaining five months of the year, it will be overtaken in gaming revenue by the Strip for the first time since 2006.

“Macao will likely regain the lead versus the Las Vegas Strip within the next two years, but won’t reach its previous highs for a long time,” he said.