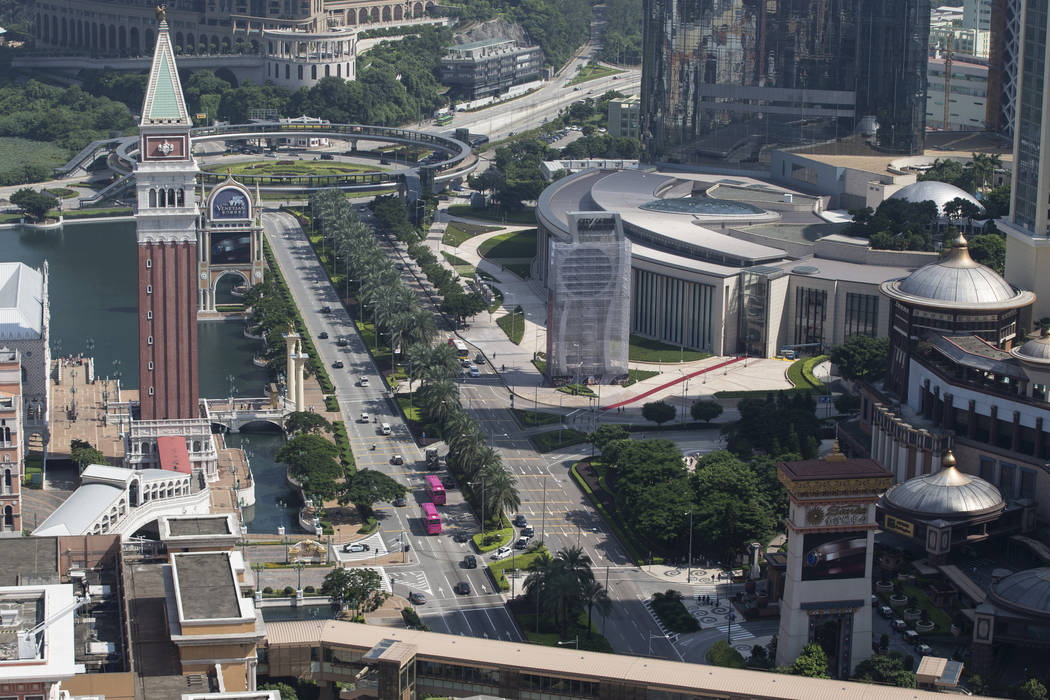 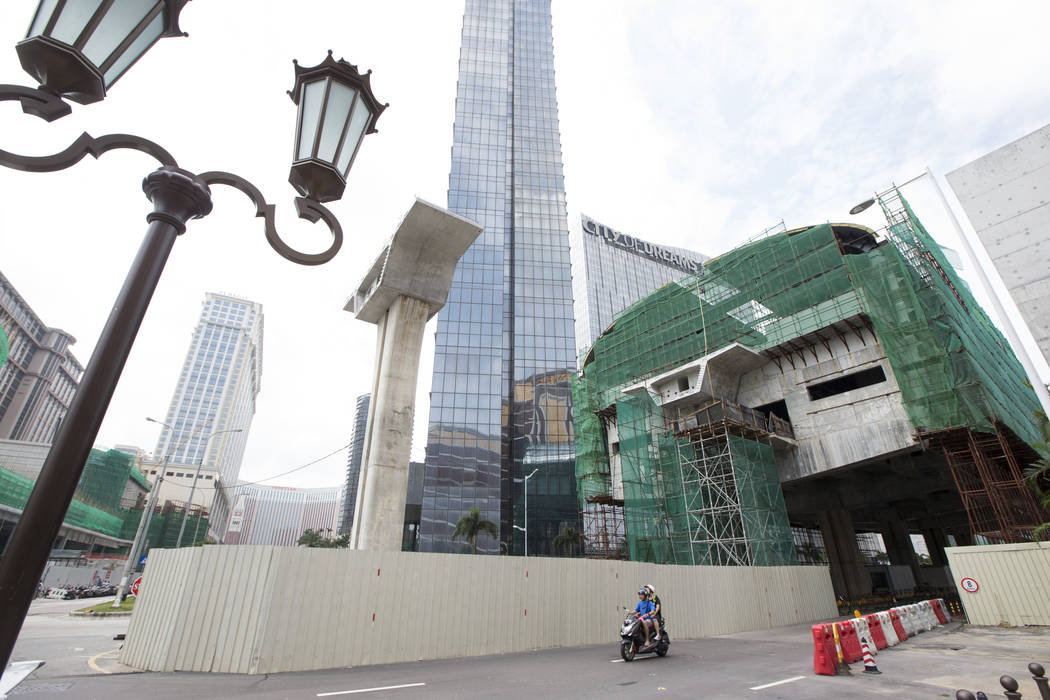 Construction for a light rail system is seen in front of the Wynn Palace on Tuesday, Sept. 13, 2016, in Macau. Erik Verduzco/Las Vegas Review-Journal Follow @Erik_Verduzco

Macau gross gaming revenue growth should continue to sizzle over the next two years as more Chinese flock to the peninsula.

That will drive significant profit growth for Las Vegas casino operators like Wynn Resorts and Las Vegas Sands, the U.S investment bank Morgan Stanley said in a report this week.

Morgan Stanley forecasts Macau gaming revenue will surge nearly a third to $43 billion by 2019. That would fall just short of its all-time revenue record of $45 billion set in 2013. Macau posted revenue of $33 billion last year, its first increase in three years.

The number of visitors traveling to the gaming enclave from small-scale Chinese cities will grow at a cumulative double-digit clip through 2022 as economic prosperity spreads, infrastructure improves and new resorts are opened, the investment bank said in the report.

“We believe the Macau market is in the early stages of a growth plan, driven by a combination of China’s gradual transition into a high-income country, incoming infrastructure tailwinds for Macau specifically and a more sustainable mix” from mass market, the bank said in its report.

A bridge connecting Hong Kong and Macau will open by summer while the extension of the Guangzhou intercity rail to Hengqin will be finished by the end of the year. The bank forecasts those projects will help boost the number of visitors to Macau to 45 million in 2022 from 32 million last year.

Casinos and hotels will open 14,000 rooms over the next five years on the peninsula, the bank said. MGM Resorts International will open the 1,400-room MGM Cotai on Jan. 29 while SJM Holdings Ltd may open its Grand Lisboa Palace at the end of the year.

However, MGM will not be the big winner among Las Vegas casino operators from the rapid growth on Macau.

With five properties, Las Vegas Sands owns 40 percent of four- and five-star hotel rooms on the peninsula. That will dip to 35 percent by 2020 as more rooms come on board.

“Long-term, Las Vegas Sands should be the major beneficiary given its mass market positioning and outsized share of Macau’s hotel rooms,” the bank said in its note.

Though Wynn Resorts has just two properties on Macau, they will generate 68 percent of companywide adjusted earnings before interest, taxes, depreciation and amortization this year compared with 48 percent for Las Vegas Sands.

Wynn Resorts will likely increase its market share on the peninsula as critical mass shifts to Cotai, where Wynn Palace opened in August 2016, the bank said.

“Our conversations with operators and the LVCVA (Las Vegas Convention and Visitors Authority) suggest that the current convention footprint in the market is at peak utilization, making it hard for operators to attract incremental convention business.”

MGM Resorts will bring nearly a quarter of that addition, or 500,000 square feet, by early 2019 as its finishes expansions at Aria, Park MGM and MGM Grand.

Higher convention attendance will drive weekday occupancy on the Strip, which is still 2.3 percent points below the 2007 peak, the bank said.