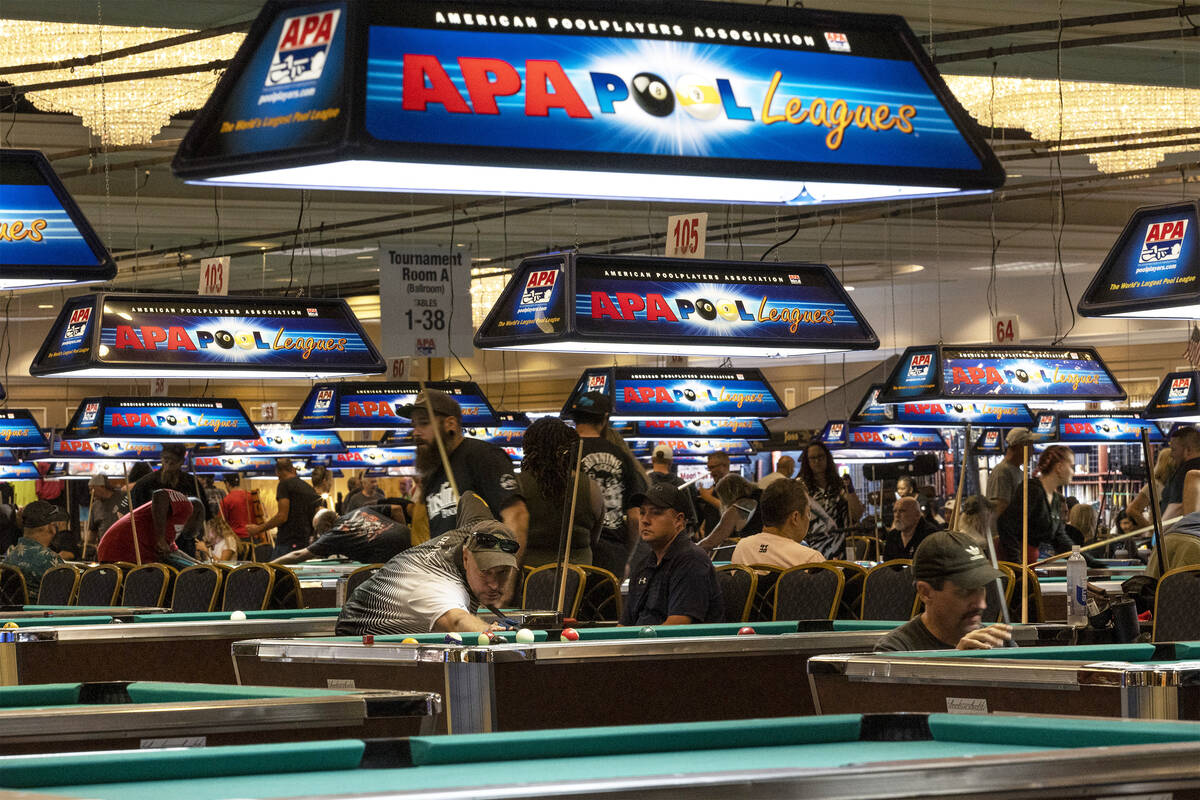 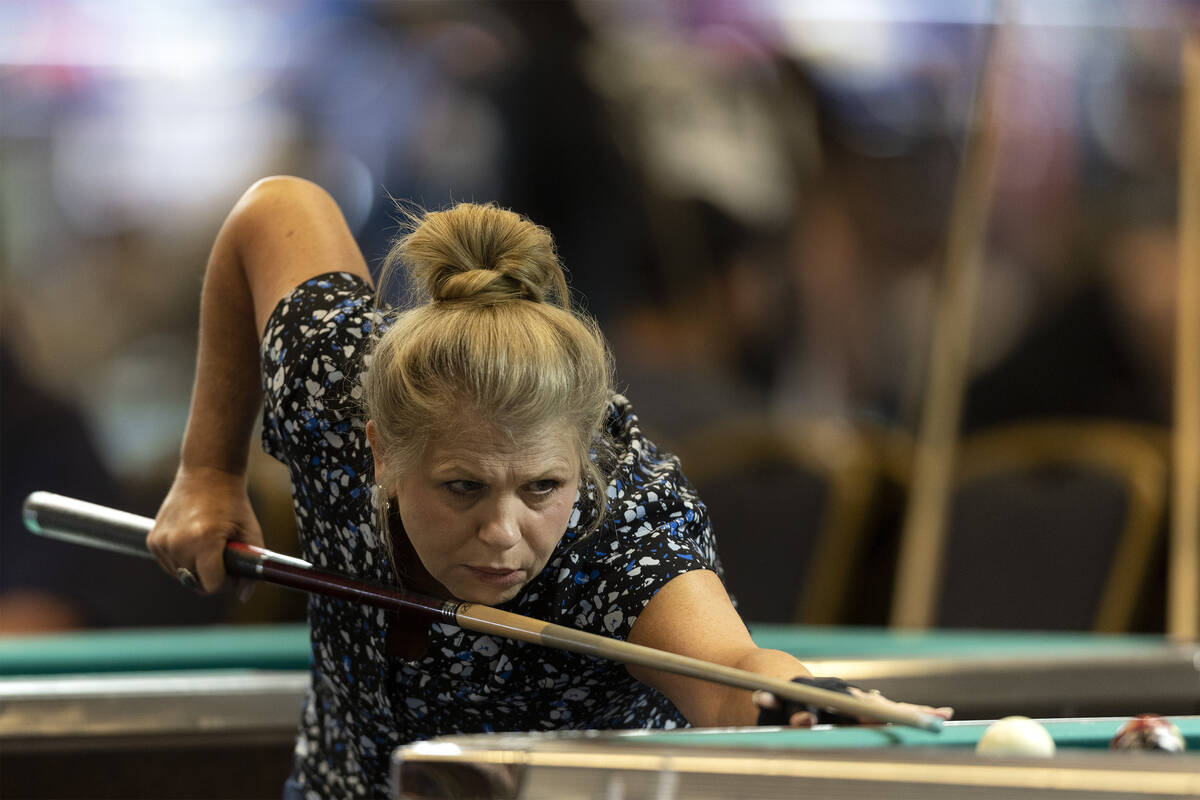 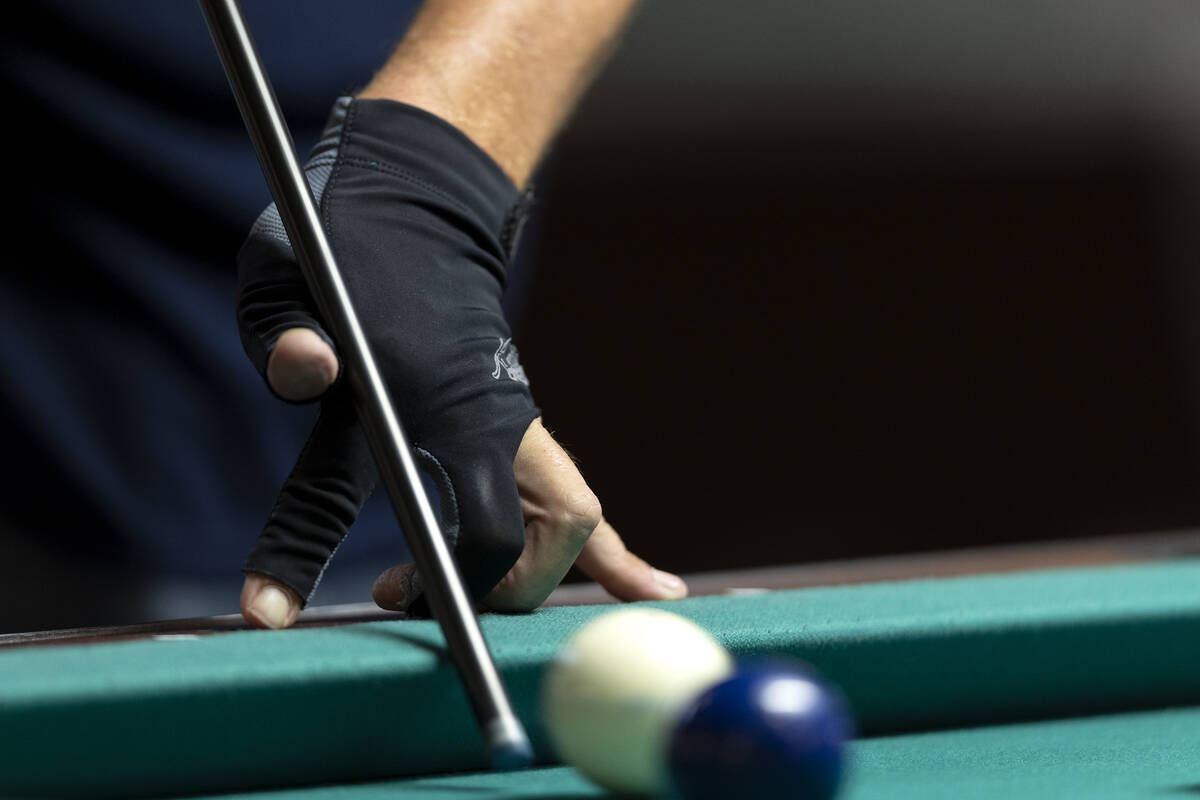 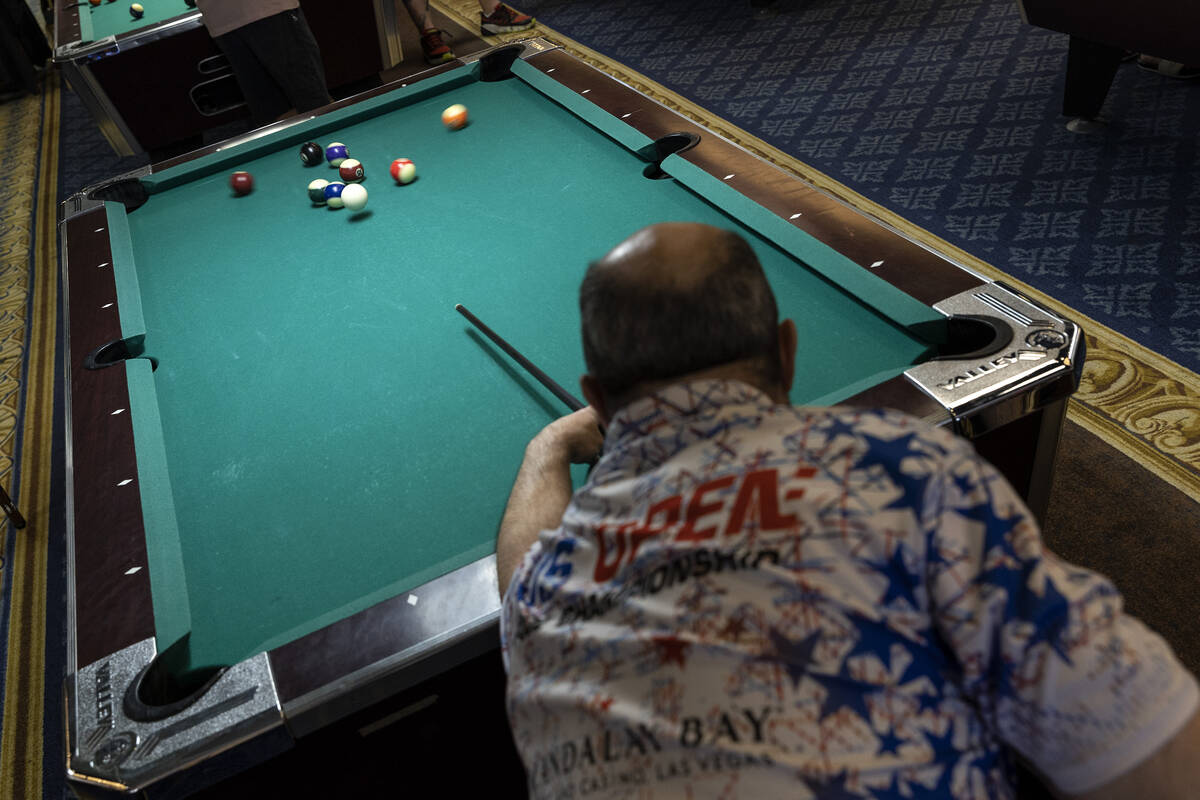 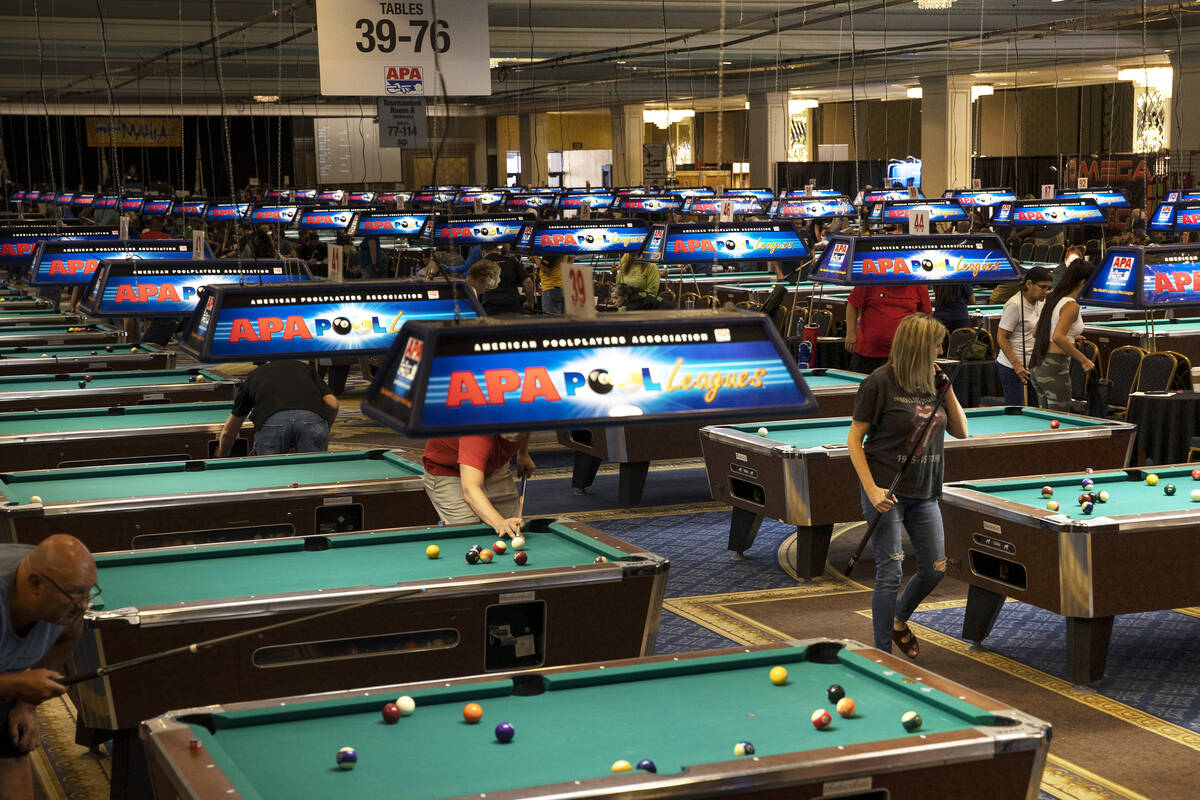 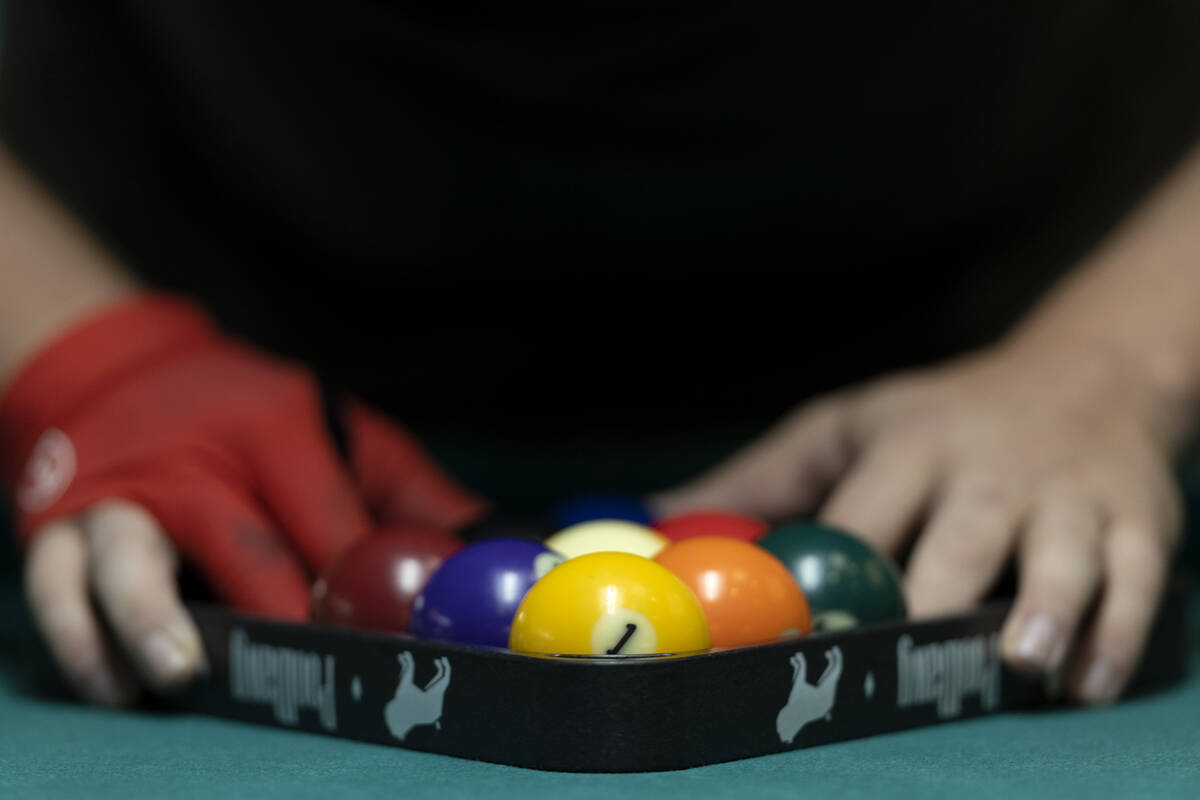 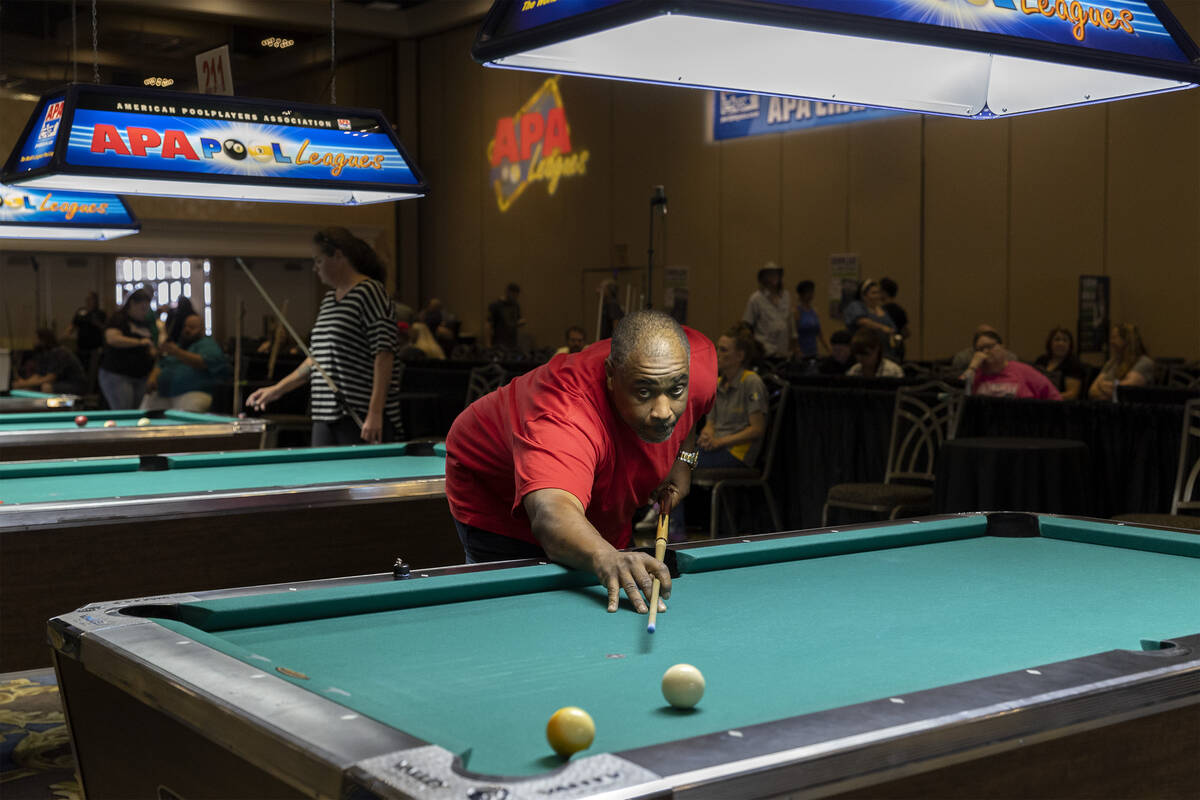 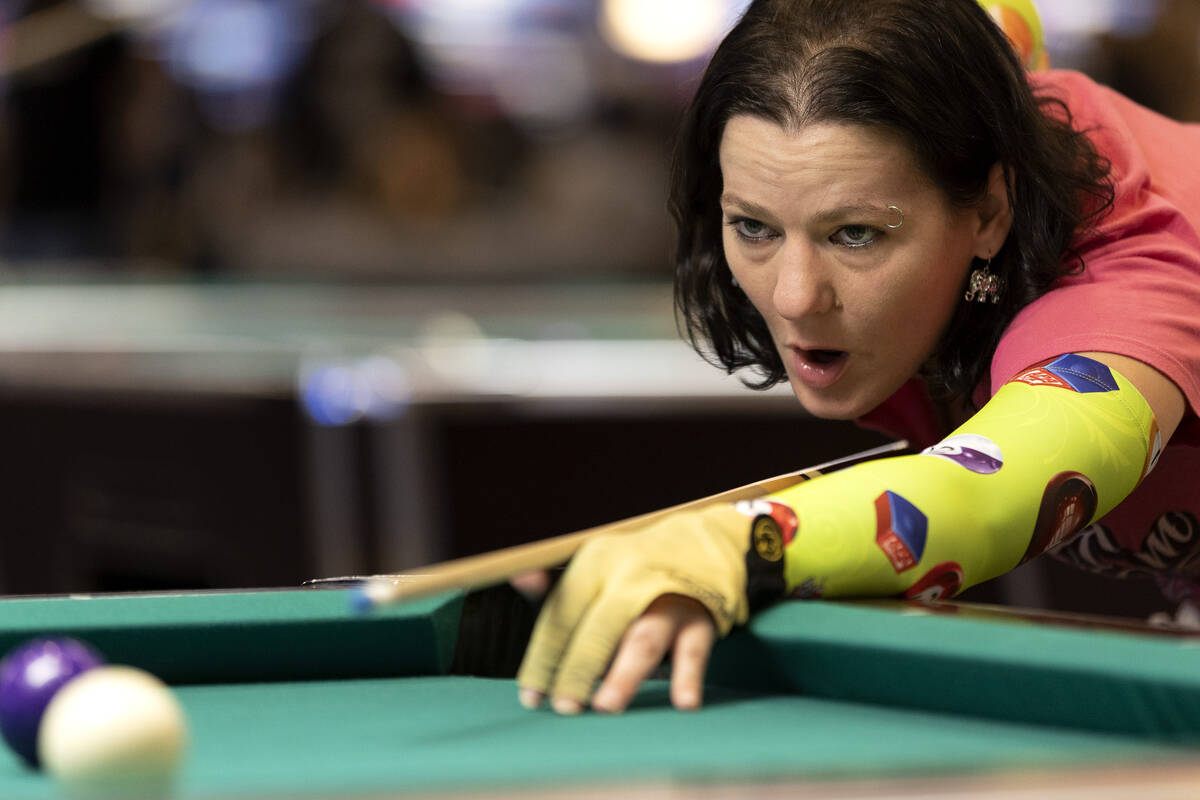 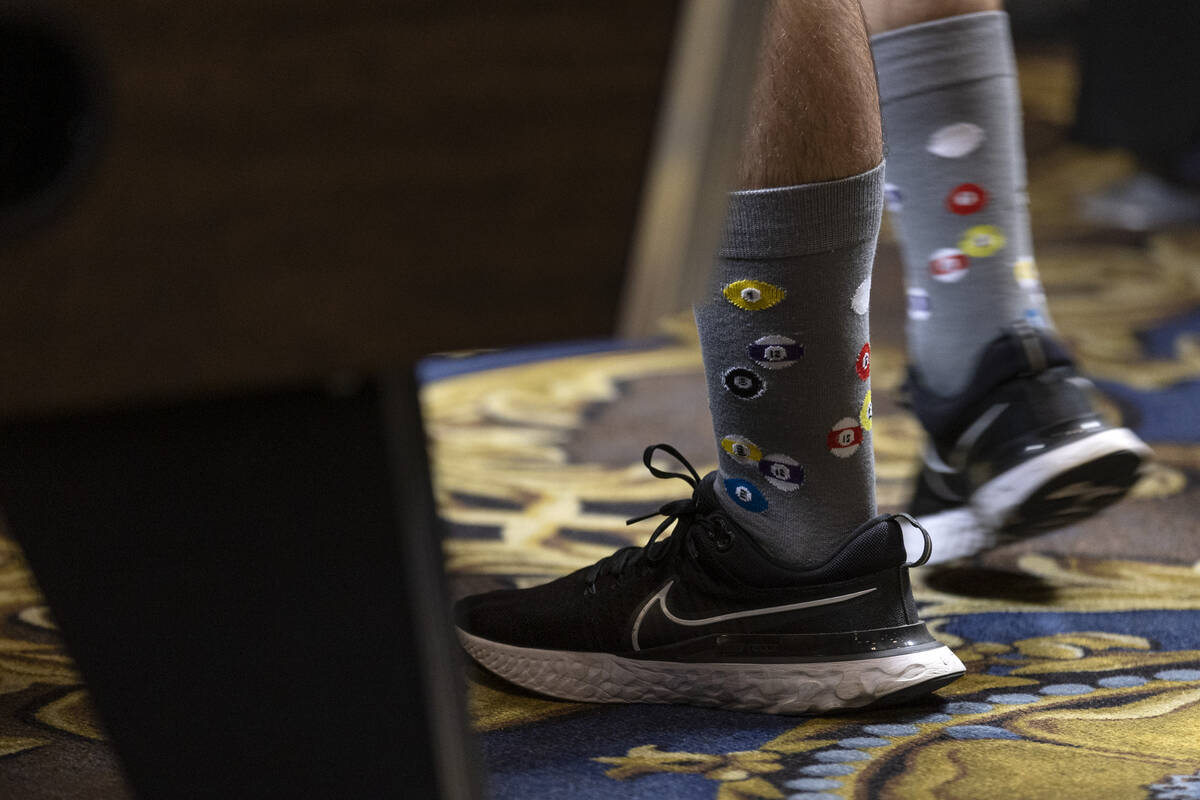 Thousands of pool players have descended on the Westgate over the past 10 days.

It’s a familiar sight for the American Poolplayers Association, which hosts two annual tournaments at the off-Strip casino as well as competitions at more than 6,000 sports bars and other locations nationwide.

The players eat, drink and spend money at the venues that host them. So why, for example, isn’t there an official beer of the APA?

Peter Bell, who secures sponsorships for the APA, said he would like to know why more companies don’t see the value that he sees.

“The APA is a square peg for the round holes out there,” he said.

The APA is not a professional sport. This week’s competition, which ends Saturday, is billed as the World Pool Championships — with entrants from Canada, Japan and Singapore alongside the U.S. — but the players are amateurs who earned entries through qualifying tournaments at their local APA leagues.

Bell rattles off the numbers: more than 320 APA franchises across North America with 600,000 total evenings of competition and 300,000 weekly patrons.

The APA once had a sponsorship deal with Anheuser-Busch, and a deal with Dos Equis was scuttled by the COVID-19 pandemic, Bell said. He hopes the right beer company — as well as those representing other products — will come along.

“The sponsors seem to be spoiled by big-dollar TV packages,” he said.

Not just about winning

Though $1.3 million in prize money is being awarded this week, APA President Greg Fletcher said the organization is still first and foremost a community, a social gathering place for people who have an interest in the game. People of all skill levels, including beginners, are welcome, and a handicapping system is used to keep the best players from having an insurmountable advantage, he said.

“Yes, competition is important. Winning is fun. But it’s not just about that,” Fletcher said.

The APA has taken over the convention area of the Westgate, with three large rooms filled with pool tables and another room hosting the semifinals and finals of events.

About 14,000 players are registered for events by winning qualifiers, Fletcher said, but many more APA members come to support their local teams or to play in side events in the “Mini Mania” room that’s open to all members, not just tournament qualifiers.

Jaime Hernandez was one of them. The Bakersfield, California resident said his team didn’t qualify for the championships, but his girlfriend’s did. He came to support her and play in some “Mini” events. Though he has been an APA member since 2012, this was his first time coming to Las Vegas for the world championships.

The APA previously held its big events at the Riviera from 1993 until the casino closed in 2015, and the Westgate has been a gracious host ever since, in part because of its affordability for players, Fletcher said.

Cami Christensen, Westgate Las Vegas president and general manager, said in a statement that the casino appreciates what the pool players bring to the property.

“We are grateful for the partnership we have developed and the friendships that we’ve made with the APA staff and players over the years,” she said.