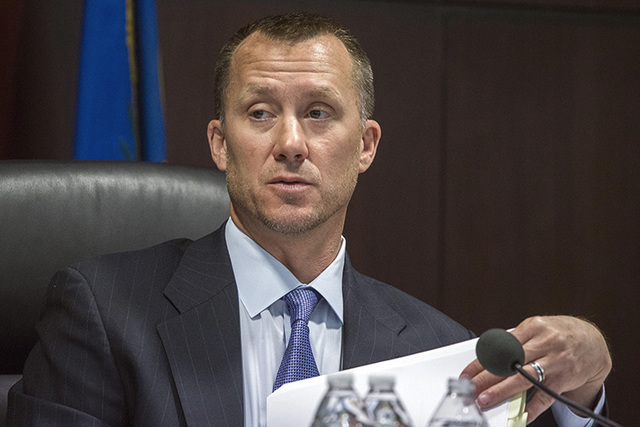 The Nevada Gaming Commission is expected to take the rare action of revoking a gaming license when it meets Thursday on a Gaming Control Board complaint against Scoundrels Pub on Decatur Boulevard.

The action is one of four disciplinary hearings scheduled by the five-member commission, which acts on evidence brought by Control Board agents and the attorney general’s office.

The board also will consider a $215,000 fine plus a charge of $35,000 for the cost of investigation for Drock Gaming LLC, and Derek Stevens, operator of the Golden Gate; a $150,000 fine for Rebel Oil Co., operators of a chain of convenience stores; and a $6,000 fine that would be reduced to $1,000 for a Silverado Ranch Restaurants LLC property known as Doc Holliday’s and a Brewery Restaurants LLC property known as 4 Play and their operator, Thomas James Brletic.

Gaming Control Board Chairman A.G. Burnett said in response to an email inquiry Wednesday that he couldn’t recall the last time the commission had revoked a license but admitted that it is rare.

According to the Control Board complaint, Scoundrels, which had held a restricted gaming license since April 2005, has been the subject of Metropolitan Police Department scrutiny since 2009 and has been the site of six gang-related shootings between 2009 and 2015.

In that seven-year period, Metro has received 144 calls for service, 97 of which have been classified as violent. Three shooting incidents in 2015 were detailed in the complaint, which noted that owner David John Zderic had attempted to sell the property but the sale fell through.

A three-count complaint filed by Deputy Attorney General Ed Magaw said Zderic “failed to exercise a proper level of control over the business’s operation at the location and have permitted dangerous conditions to exist, putting the safety of the public, its employees and its patrons at risk.”

Other counts said Zderic interfered with a police investigation and he was accused of two county code violations.

The phone number for Scoundrels has been disconnected, the business closed and Zderic could not be reached for comment.

In the case involving the Golden Gate, Stevens denied directing his employees not to document the issuance of credit markers for casino play, but neither admitted nor denied other allegations in the state’s six-count complaint.

The complaint alleges that Golden Gate’s casino issued credit in January 2015 to a player without documenting the issuance of $5,000 in casino chips in one case and $10,000 in another. Casino officials are required to document the date and amount of a marker being issued and how it was issued.

An audit determined that the failure to document the credit issuance resulted in the company paying less in gaming taxes.

Stevens agreed to pay $250,000 in fines and for the expense of the investigation and has waived a public hearing on the matter.

In the single-count complaint against Rebel Oil, regulators said that between Dec. 18 and March 3, slot machines at 12 convenience stores were operated while Rebel Oil was attempting to sell the properties.

Company officials admitted to the allegations, waived their right to a public hearing and agreed to pay a $150,000 fine.

In the four-count complaint against Silverado Ranch Restaurants and Brewery Restaurants, Brletic, who attempted to sell the restaurants to a third party last year, failed to pay licensing fees and have a new key employee application on file, yet continued to operate slot machines at the restaurants.

Brletic admitted to the allegations and waived his right to a public hearing. 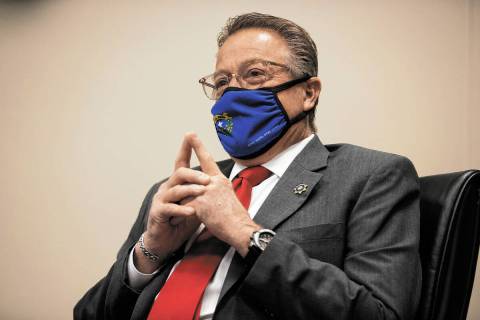