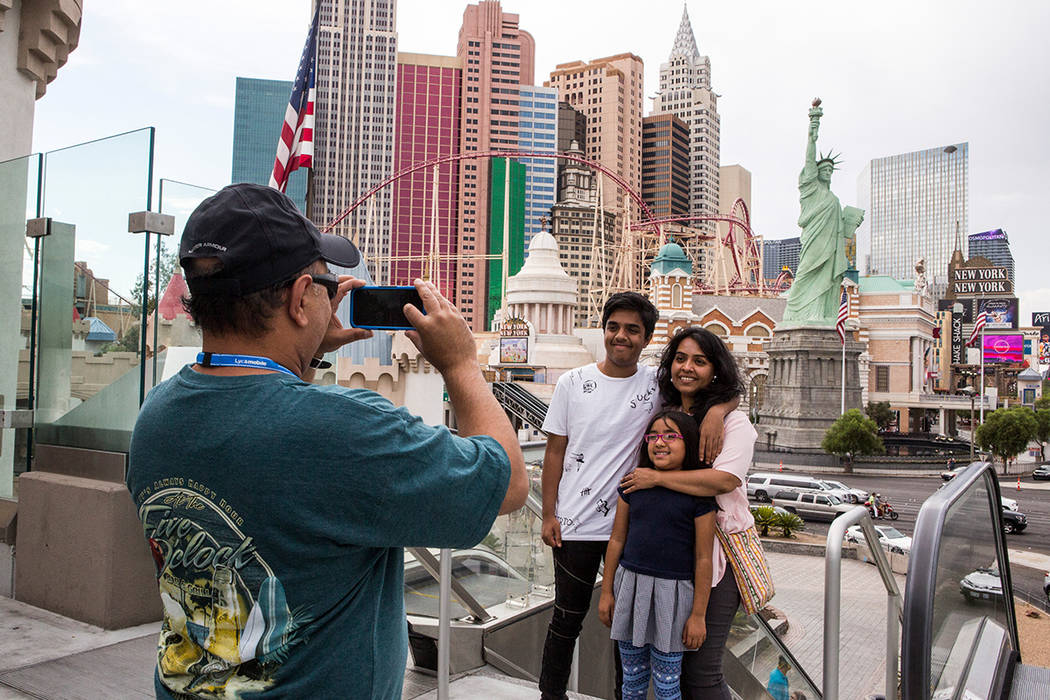 Ashish Mehta takes a photo of his wife Ami and children Arnav, 14, and Veda, 7, on the Las Vegas Strip. The family was visiting from Illinois. Patrick Connolly/ Las Vegas Review-Journal

The advancement of artificial intelligence could have a growing impact on Las Vegas’ tourism industry.

AI can help with “recommendations, as well as catering to consumers’ specific needs, personalization as well as faster response times,” Deb said during his presentation at the 2019 CES Monday.

According to data from Google, 57 percent of American travelers believe brands should tailor their information based on personal preferences or past behaviors, a task that could be accomplished with the help of AI.

Overall, Hummel said he was unsure if AI would affect tourism rates in Nevada.

Hummel said AI is also going to impact jobs across the globe. CTA found 46 percent of surveyed members believe AI and machine learning skills are in high demand at their companies.

Hummel said AI is often looked upon as a “job killer,” be he believes AI jobs will help strengthen the economy.

“It’s not so much taking jobs away as reshaping the job market,” he said. “Humans will complement the tasks performed by AI.”

He pointed out ride share company Lyft’s partnership with autonomous vehicle company Aptiv in Las Vegas. While the vehicle is self-driving, there is an employee at the wheel at all times, leading to “jobs (Las Vegas) didn’t have before,” Hummel said.