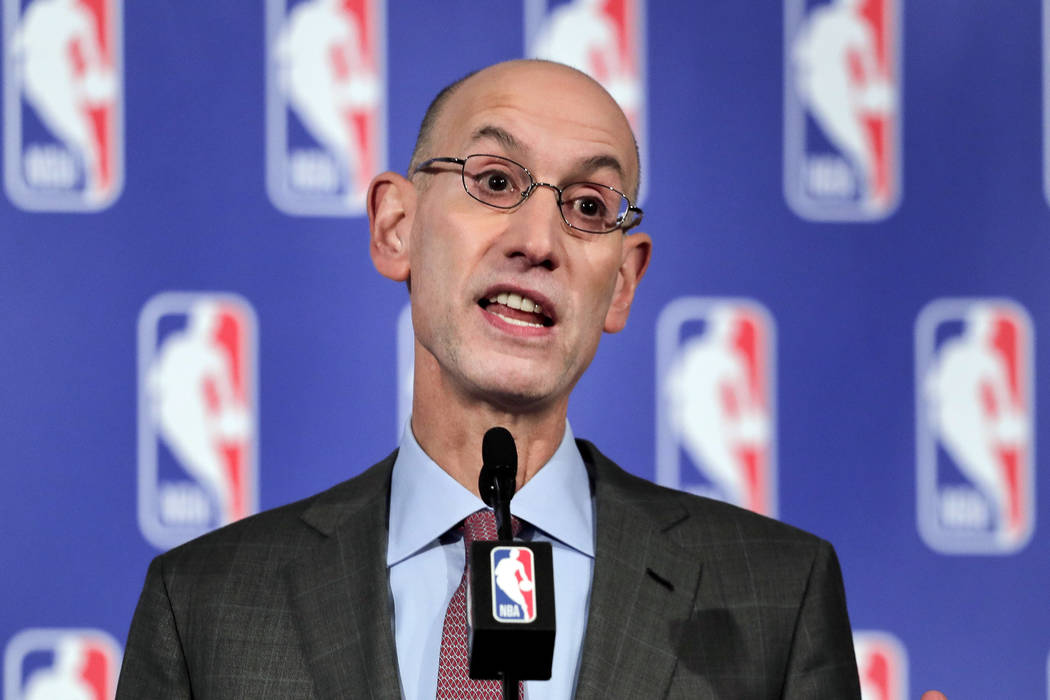 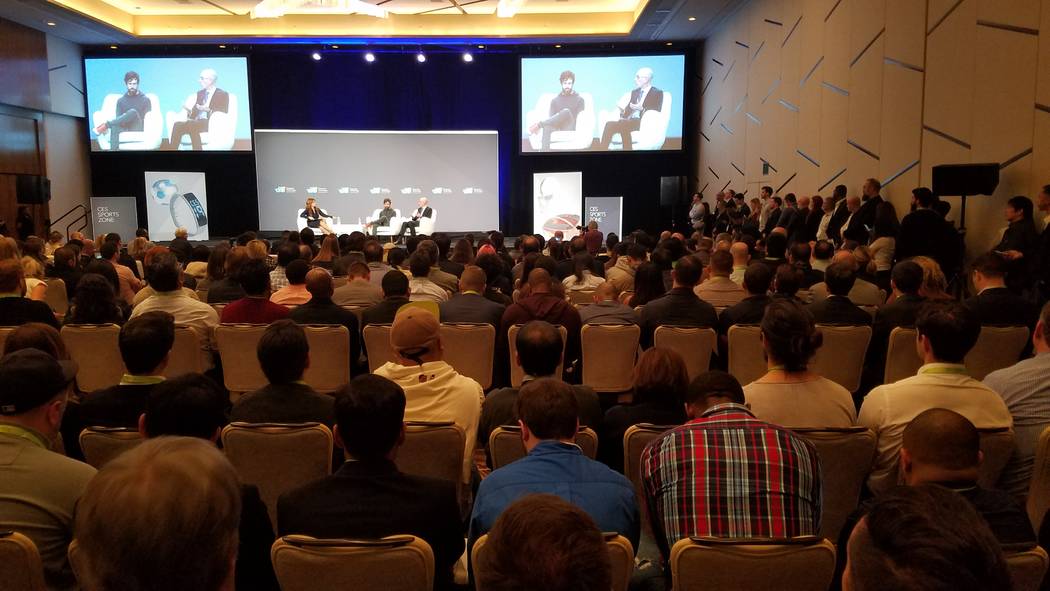 A packed house was on hand to hear Twitter CEO Jack Dorsey and National Basketball Association Commissioner Adam Silver discuss a new partnership that will lead to a livestream focus on a single player in the second half of 20 upcoming games Wednesday, Jan. 9, 2019, at Aria. Richard N. Velotta/Las Vegas Review-Journal @RickVelotta 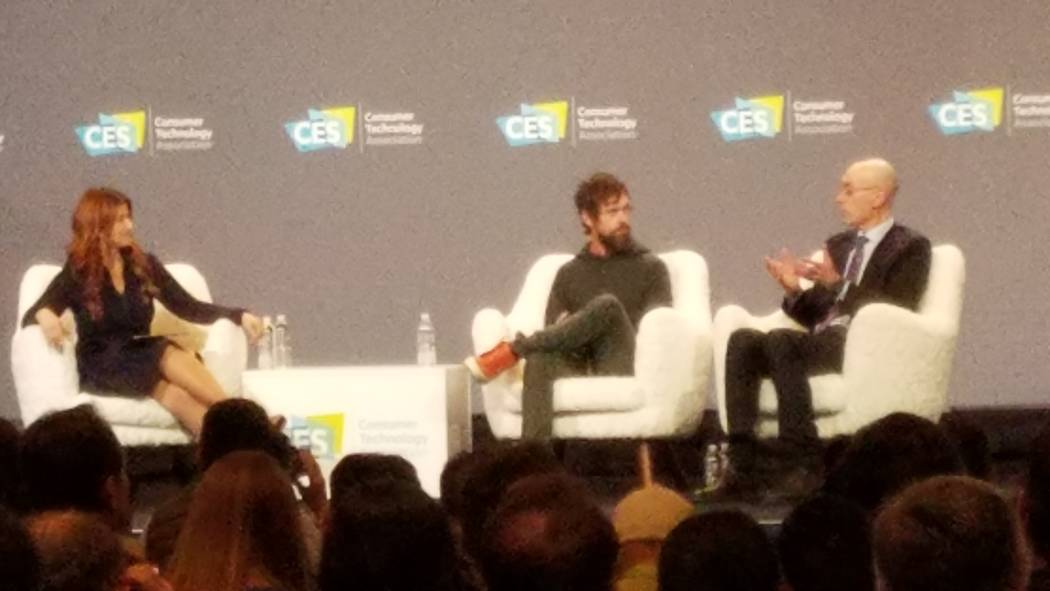 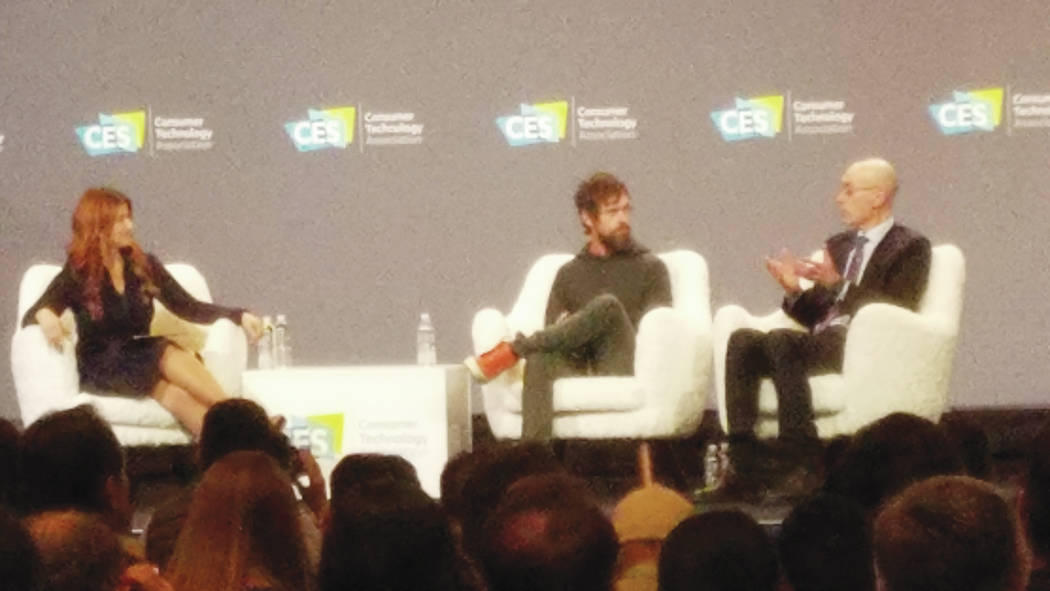 Basketball fans will get to follow the actions of a single player in livestreams on Twitter in the second half of 20 games, starting with the NBA All-Star Game on Feb. 17.

NBA Commissioner Adam Silver and Twitter CEO Jack Dorsey discussed the plan, which evolved from a new partnership between the league and social network, in a Wednesday presentation on the CES Sports Zone Stage at Aria.

Twitter followers will be able to vote for which player they want to follow in the second half of games and the livestream will have its own commentators so that fans can watch the game in a broadcast and the livestream at the same time.

Silver and Dorsey acknowledged #NBATwitter livestreams will be an experiment, but the commissioner said most players have embraced Twitter as a means to communicate directly with their fans in a sport that enables fans to get closer to the action than most sports.

“It’s more of an interest-based network than a social-based network,” said Dorsey, “but the real-time aspect gives that roar of the crowd, that buzz, that feeling, that vibe, that sense of what people are thinking, that’s something that we never want to lose.”

Silver said the direct relationship players have with their fans have provided some special moments for the league. When longtime Los Angeles Clippers star Blake Griffin was traded to the Detroit Pistons a year ago, the team’s fans were shocked. Then Griffin was able to speak directly to them on Twitter to take away some of the sting.

“These athletes have direct relationships with the fans,” Silver said. “They understand the role of the media, but also if they have a message, they can put it directly to the people.”

Sometimes, the conversation gets political, but Silver doesn’t mind when a player expresses views, preferring to let players be authentic with their personas.

One of the most celebrated Twitter battles has been Los Angeles Lakers star LeBron James trading barbs with President Donald Trump.

“Everyone says things they then come to regret,” Silver said. “Sometimes it’s spur of the moment and they’ll tweet something or do something that they may not have understood the consequences, but it works itself out. There’s so much content out there that as long as I think they own up to it when they make a mistake and acknowledge they made a mistake, people seem to move on.”

Silver said because of the popularity of the engagement with fans, he doesn’t want to intervene as commissioner when personal views are expressed.

“I don’t want to be heavy handed in the league office because (if I did) then we’re going to chill some really interesting content,” he said.