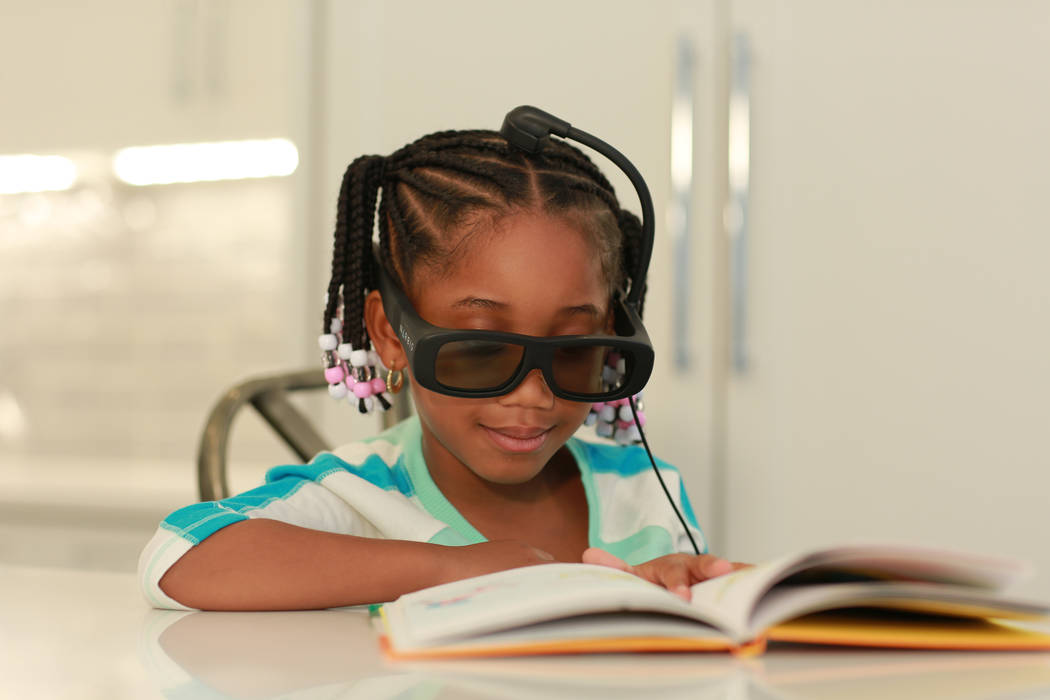 Steve Koenig is talking about seeing into the future.

The vice president of market research at the Consumer Technology Association, which sponsors CES, is breaking down advancements in augmented-reality technology and smart glasses, which he sees as having the potential for a breakout year.

“In 2020, I think what we’ll probably see is advances in AR really eclipse some of the hype we’ve been seeing in VR (virtual reality),” he says. “The hardware innovation in AR, respective to these so-called smart glasses, is really emblematic of that. Simply put, smart glasses are becoming more like regular eyewear. I think about smart glasses as — at least in a consumer application — really bringing smartwatch features to your face with notifications, navigation, these kinds of things. There will be people who want this augmented-reality experience, this digital overlay, on a full-time basis.”

Koenig likens the evolution of smart glasses to the development of the smartphone and smartwatch, which preceded them.

“At the beginning of the smartphone market, like around 2007, we were perfectly fine with pulling that gadget out of our pocket or purse and taking a look at it when we got a notification,” he says. “And then, say, five years ago or so when we started to get smartwatches, it was like, ‘OK, I’m tired of having to pull the phone out all the time, and I just want these notifications to come to the wrist.’ What we’re seeing now is behavior changing again: ‘I don’t want to look at my wrist; I just want it to appear right in front of my eyes.’”

Smart glasses also are being developed for therapeutic purposes, such as aiding the blind or those with reading disorders, as the technology begins to blossom.

“The innovation that is happening in AR is very exciting,” Koenig says. “I think we have the makings of a real market for AR glasses, and I think that starts in 2020.”

Here are four advancements in AR tech to keep an eye on.

Your child’s homework load is laborious enough without distractions. These glasses are intended to combat a lack of focus using neuro-feedback and a NASA-developed algorithm that trains the brain to reduce distractability. The lenses get tinted when the wearer becomes distracted and clear when concentrating, training the brain to stop straying. Currently accepting pre-orders ($100 deposit) for a March ship date with a retail price of $590.

Rock out sans the headphones with Sonic Frames, which use bone conduction technology to transfer sounds directly to your inner ear without going through the ear horn and eardrum. The glasses connect to your smartphone via Bluetooth, and with four microphones and a touch-sensitive surface on the temples, you answer calls wherever your phone is. Release date to be determined.

Named by Time magazine as one of the best inventions of 2019, this wearable device is aimed at aiding the blind and visually impaired by reading printed and digital text aloud while also recognizing faces, products and more in real time. Attached magnetically to the wearer’s glasses, MyEye2 is activated either by a pointing gesture or by following the wearer’s gaze for hands-free use. Release date to be determined.

With dyslexia affecting 10 percent of the global population, according to the World Health Organization, these glasses are designed to help remedy the reading disorder. Made for kids, they use miniaturized electronic circuits and can be combined with prescription glasses. The batteries can last two days on a single charge to minimize the chance of running out of power while class is in session. To be released in the second quarter of 2020.