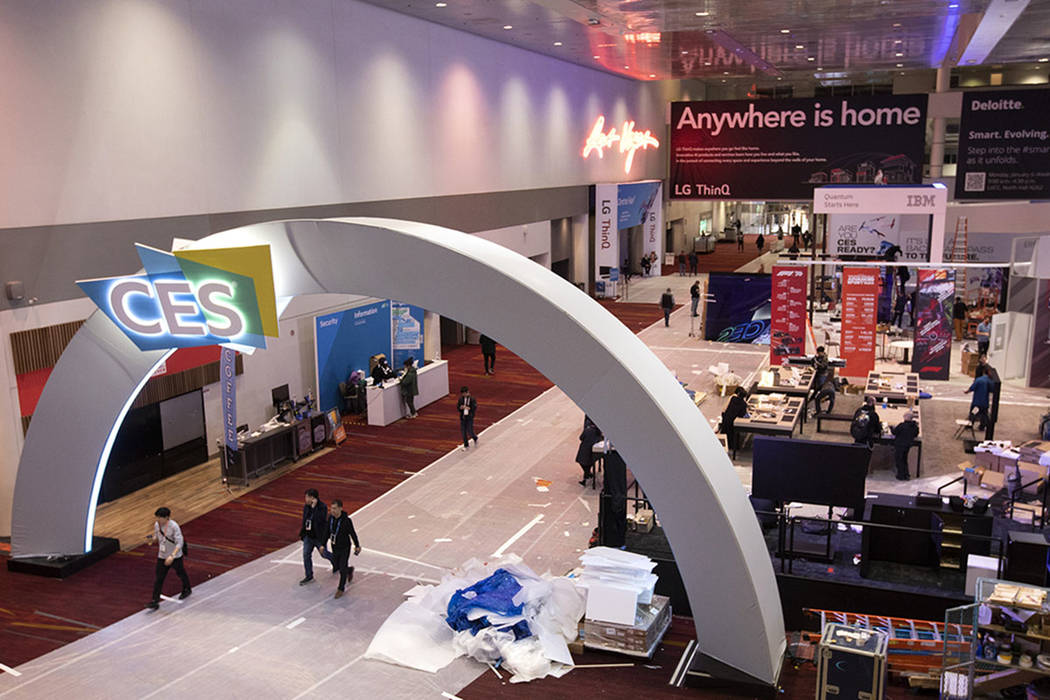 Work has already begun on clearing out CES 2020, but the real flurry of activity starts Friday after the main show floor closes.

Steve Anderson of Freeman, the show’s primary contractor, said his company employs about 1,700 people to tear down Las Vegas’ largest annual trade show. Freeman and others work to make sure not everything ends up in a dump.

“If you were to go by the (Las Vegas) convention center, I would say Sunday afternoon, you would think it’s apocalyptic,” said Anderson, the company’s executive vice president of business development.

There is a one-hour buffer between the time the show floor closes and the time workers start rolling up the aisle carpet, a process that takes about another hour. Then come the forklifts with empty crates, Anderson explained.

Exhibitors get a target move-out time.

Freeman is doing work across multiple venues for move-out, and those venues are operating on different schedules, Anderson said. Freeman has already pulled out of Mandalay Bay, he said.

Taking down the show is pretty much a round-the-clock operation for Freeman, Anderson said.

Freeman started moving into the Las Vegas Convention Center on Dec. 17 for a show that opened to attendees on Tuesday.

“You’ve got a fraction of the time to get it out so it’s very stressful on everybody,” Anderson said.

There are miles of truss in the ceiling that needs to come down and be re-purposed for another show, millions of pounds of freight being loaded out, trucks everywhere, trash everywhere and people everywhere, he said.

Tony McKeighan, owner of Image Exhibit Services, said his company provided labor on some 20 booths this year. He has about 75 people working on tearing down the show.

Typically, the first booths to go are the ones near freight doors, he said. The Las Vegas Convention Center show floor must be completely cleared out by Monday, he said.

This year, The Taylor Group hired McKeighan’s company to do work on a booth for LG.

“For a booth the size of LG, we will work around the clock and it will take us up until the 13th to get it all out,” he said.

Most of the materials used in the exhibits are stored for future shows, he said. Few things, such as floor tiles, cannot be reused.

But much of the LG booth will be donated to Habitat for Humanity, McKeighan said.

Because of the scale of CES, many of the booths are built only for this event, Anderson said. But Freeman and CES owner and producer Consumer Technology Association work with exhibiting firms to provide sustainable options for removal, Anderson said.

This year, CES is partnering with Goodwill, Opportunity Village and the Las Vegas Rescue Mission for donations, according to Anderson.

“The industry in general has tried to go more green,” McKeighan said.

The Review-Journal is owned by the family of Las Vegas Sands Corp. Chairman and CEO Sheldon Adelson. Las Vegas Sands operates the Sands Expo and Convention Center and The Venetian.