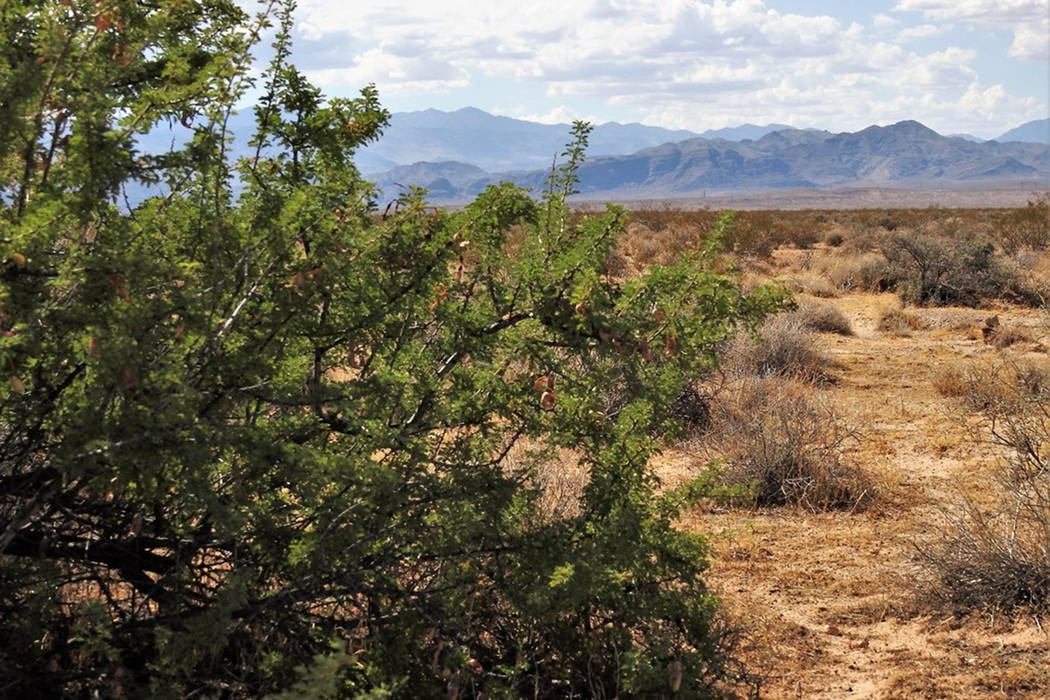 A catclaw acacia grows in the desert about 30 miles northeast of Las Vegas at the proposed site of the nation's largest solar power array. (Kevin Emmerich Basin and Range Watch) 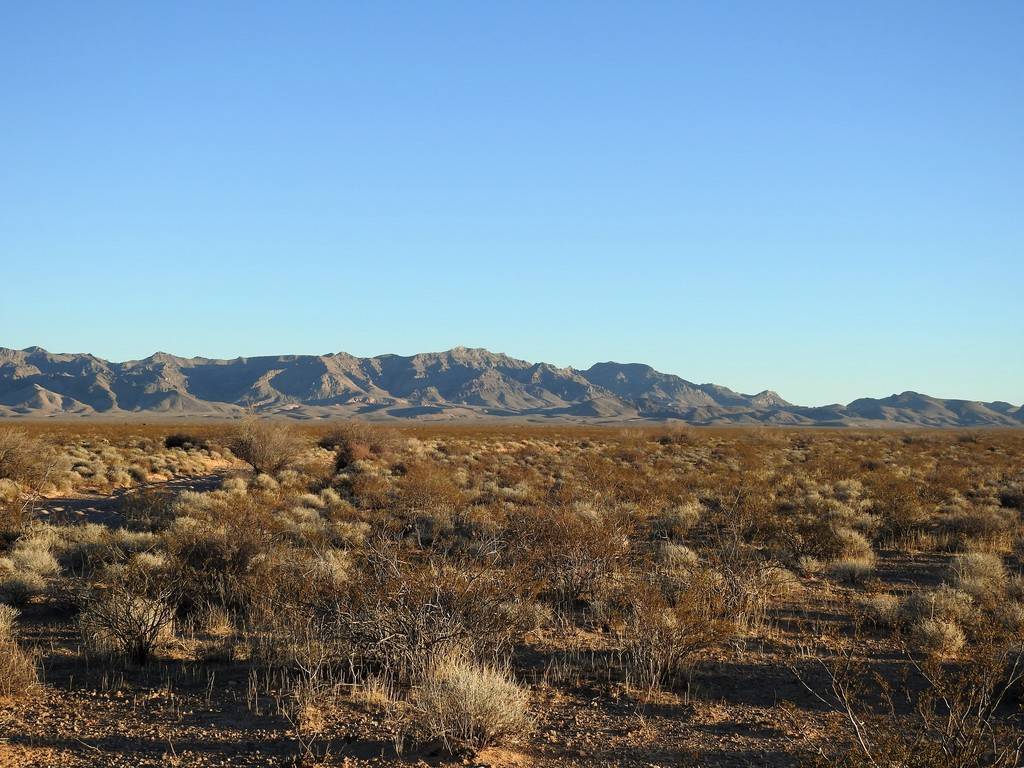 This patch of desert east of Interstate 15 near the road to Valley of Fire State Park is the proposed site of the nation's largest solar power array. (Kevin Emmerich Basin and Range Watch) 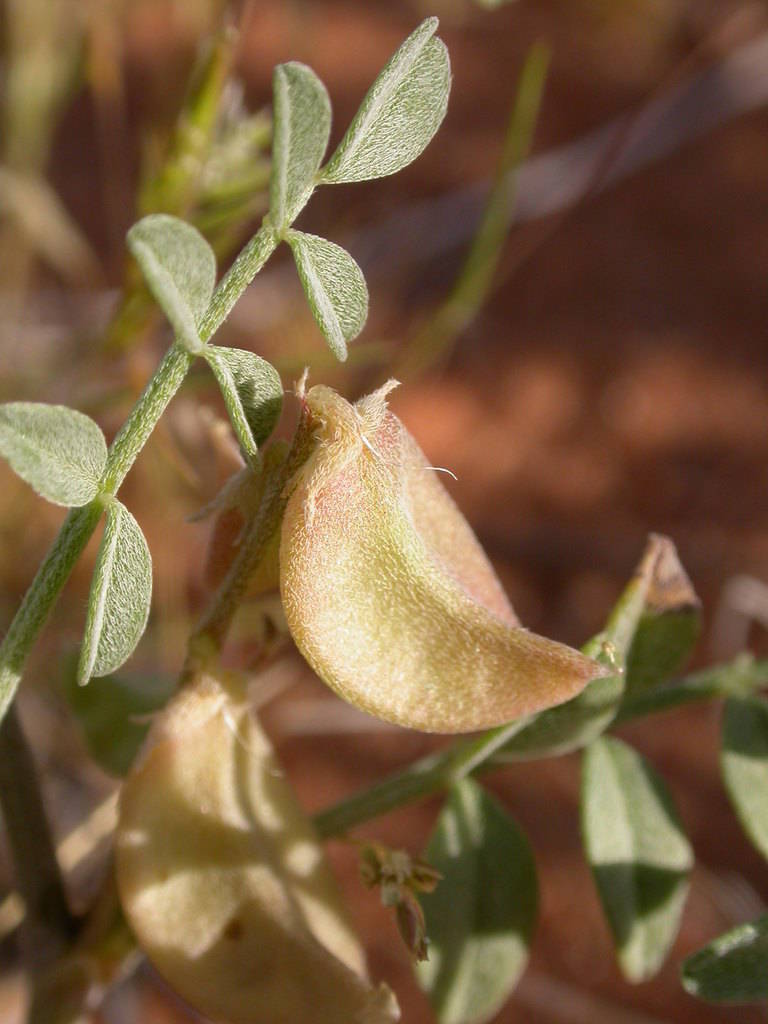 A close-up picture shows the unique fruit of the three-cornered milkvetch, a rare desert plant two conservation groups want listed as endangered to protect it from a proposed solar power project about 30 miles northeast of Las Vegas. (James Andre)

The first environmental review is out for the nation’s largest solar power array, and conservationists are already pushing back against the proposed project 30 miles northeast of Las Vegas.

If approved, the Gemini Solar Project would use 7,100 acres of photovoltaic panels to generate up to 690 megawatts of electricity. Plans include some on-site battery storage that would allow the facility to continue delivering power after the sun goes down.

The Bureau of Land Management released its draft environmental impact statement on the project Thursday. The agency will hold a pair of public meetings in July and accept public input on the document through Sept. 5.

Kevin Emmerich, director of the Nevada-based environmental group Basin and Range Watch, said the proposed development is too large and too close to wilderness and other fragile areas to avoid negatively impacting the environment.

He said he’s all for green energy, “but it’s not green when you do it like this.”

Gemini is a joint venture by Australia’s Quinbrook Infrastructure Partners and California-based Arevia Power, which plan to develop 440 MW of solar capacity for use in Nevada in the first phase of the planned development east of Interstate 15 along the road to Valley of Fire State Park.

Another 250 MW of generating capacity would be added in the second phase, with the power to be sold in Nevada or exported to Arizona and California.

“Development of renewable energy has become a priority in Nevada and across the nation, and the Gemini Solar Project will have a positive impact in meeting our energy needs while reducing our carbon footprint,” said Ricardo Graf, Managing Partner of Arevia Power, in a written statement. “We are committed to addressing environmental concerns and working with the community to ensure the development of an energy resource that all can be proud of.”

According to the BLM, the finished project just south of the Moapa River Indian Reservation would rank as the largest solar facility in the United States and one of the largest in the world.

“The proposed Gemini Solar Project would represent a significant increase in renewable energy capacity for Nevada and the West,” said Tim Smith, Southern Nevada district manager for the BLM. “We look forward to receiving public input as we continue to evaluate this project.”

Emmerich said the developer’s surveys suggest that almost 300 desert tortoises will have to be relocated during construction. He said the federally protected reptiles face higher mortality rates when they are moved, because they expose themselves to predators and the elements while trying to make it back to their old homes.

Emmerich said the project also will have serious “visual impacts” to the area just west of Valley of Fire State Park and the Muddy Mountains Wilderness Area — so much so that the BLM is seeking to downgrade the Visual Resource Management designation for the land in question.

He would prefer to see solar panels covering rooftops in Las Vegas and other already developed areas. “Why destroy valuable habitat for desert species when more environmentally friendly options are out there?” Emmerich said.

In an effort to block the development, Basin and Range Watch teamed up with the Idaho-based Western Watersheds Project on a petition seeking endangered species protection for the three-corner milkvetch, a rare desert plant that grows in the project area and in isolated parts of Lake Mead National Recreation Area and the Arizona Strip.

Emmerich said they filed the petition in April in anticipation of the BLM’s draft environmental review of the solar array.