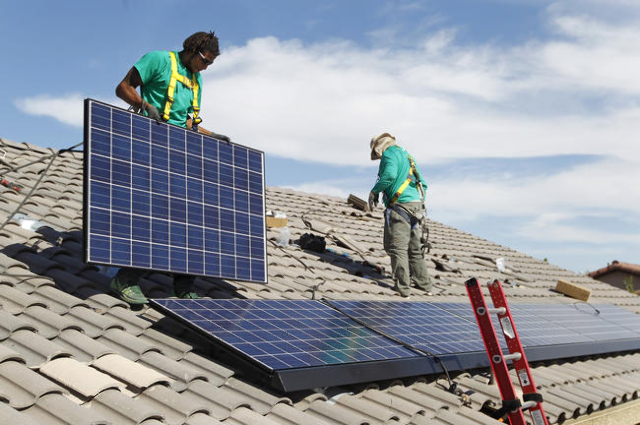 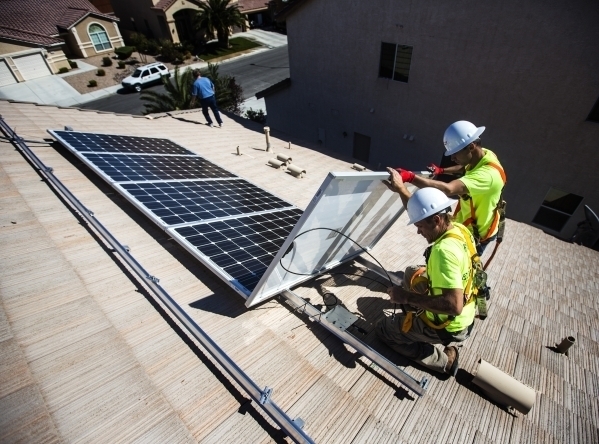 Carson City District Judge James Russell said the referendum proposed by the No Solar Tax political action committee is actually an initiative, meaning the proposal cannot go to the voters in November.

Instead, the pro-solar groups need to file an initiative petition to restore the net metering program to its original rates, which would first have to go to the Legislature in 2017 and then to voters in 2018 if lawmakers did not approve the proposal.

But Russell stayed his ruling to allow the pro-solar coalition to appeal his decision to the Nevada Supreme Court. In the meantime, the solar groups can collect signatures on the referendum petition to qualify it by a June deadline.

If the Supreme Court rules that a referendum is proper, the measure then would be ready for the 2016 ballot if enough valid signatures can be collected by the deadline.

But, based on Russell’s ruling, the solar coalition will also file an initiative petition to take the proposal to the Legislature in 2017.

So solar groups will move forward with a two-pronged approach: a referendum in November if the proposal is upheld on appeal, and an initiative petition if it is not.

As a result, the No Solar Tax political action committee will begin to collect the 55,234 valid signatures needed from registered Nevada voters, including at least 13,809 signatures from each of state’s four congressional districts, by June 21 to get the referendum on the November general election ballot.

There is no guarantee that the measure will make it to the 2016 ballot, however, based on Russell’s ruling. The Supreme Court will have the final say.

Referendums are rare in Nevada. Only five have ever gone to the ballot.

The referendum proposes to repeal certain language in a bill passed by the 2015 Legislature requiring the Nevada Public Utilities Commission to set a new rate class for net metering customers. The effect would be to return Nevada’s rooftop solar program to pre-2016 rates, which were more financially advantageous to those choosing to install systems.

Carson City attorney James Cavilia, who filed the challenge on behalf of Citizens for Solar and Energy Fairness, argued that because the referendum proposes to delete only certain sections of the bill passed by the 2015 Legislature requiring a review of net metering, it does not qualify as a referendum. NV Energy sought the legal challenge to the referendum.

After an hourlong hearing, Russell agreed, saying it is really an amendment to a state statute.

Russell questioned the attorneys about whether the proposal is a referendum or initiative petition, noting that only parts of the statute were being proposed to go to the voters. He asked attorney Kevin Benson, representing the No Solar Tax group, if an initiative petition could have been filed instead of a referendum.

Rooftop solar groups want voters to weigh in on whether net metering rates in effect prior to Jan. 1 should be restored. The rates were changed by state regulators to correct what they said was a subsidy to rooftop solar customers paid by nonsolar customers.

The new rates include a lower credit for excess electricity generated by rooftop systems as well as a higher monthly fixed charge for net metering customers. The new rates will be fully implemented over 12 years.