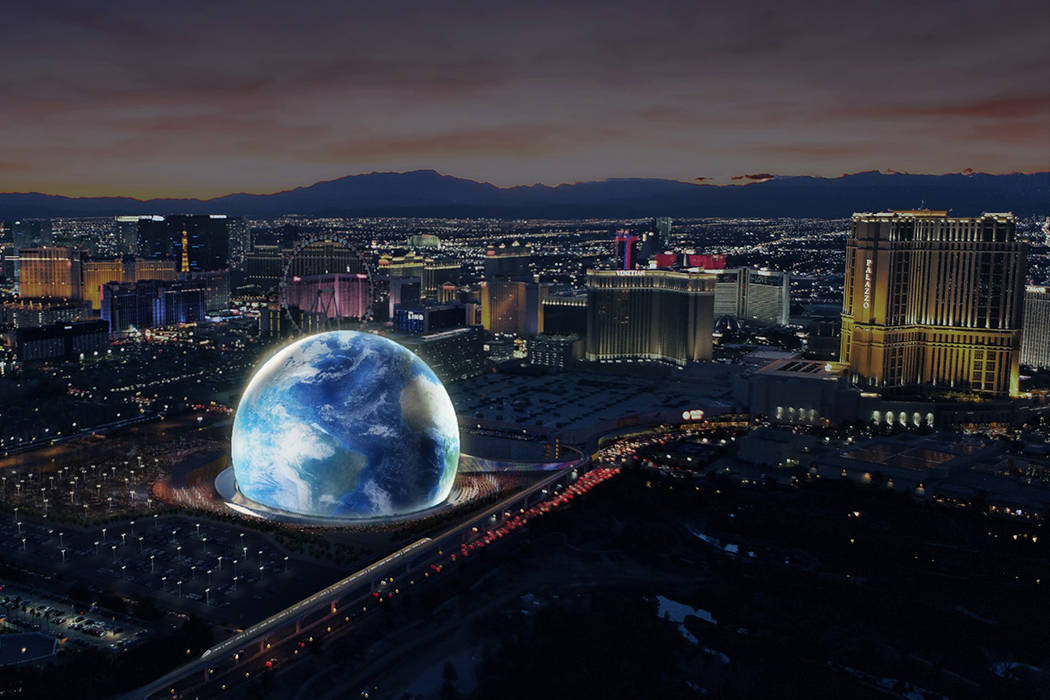 No lights have been turned on at the MSG Sphere at The Venetian yet, but it’s already looking to leave NV Energy.

The 360-feet-tall, 500-feet-wide, 18,000-seat concert venue is slated to be built by fiscal year 2021 on 63 acres east of the Sands Expo & Convention Center on the Strip. The company managing the project, MSG Las Vegas LLC, applied for approval Oct. 31 to work with an alternative electricity provider, according to documents from the Public Utilities Commission of Nevada.

The company informed NV Energy in August that it would not take bundled service from the utility and requested that the Sphere’s electricity load not be included in any of the utility’s planning or load forecasting.

In its application, MSG argued that it should not have to pay an exit fee because it doesn’t intend to be part of the grid in the first place. Other companies that have left NV Energy have had to pay an exit fee to offset the company’s departure and negate unexpected costs for remaining customers.

“As LV Sphere’s load does not currently exist, its departure will not reduce the total load across which NPC (Nevada Power Company) spreads its fixed costs,” the company said in its PUC application.

The 400,000-square-foot Sphere is a project by Madison Square Garden and Las Vegas Sands Corp., which considered leaving NV Energy in 2016. Las Vegas Sands decided to stay with the utility after the commission said it would have to pay a $23.9 million exit fee.

MSG said in PUC filings that approval of its request would “serve the public interest,” with the annual economic output from the project estimated to reach more than $729 million.

An analysis by Hobbs, Ong & Associates found the project would produce 3,500 local jobs a year during construction, 4,400 permanent jobs once the venue is open and an annual economic impact of $730 million from venue operation and annual visitation.

The Sphere also is expected to generate an estimated $48 million in tax revenue a year, including $7.2 million that would directly benefit the Clark County School District.

The companies have not disclosed the cost of the project, which is set to have an “infrasound haptic” flooring system that will carry bass sounds through the floor, allowing guests to experience the music under their feet. The venue also promises a “beamformed” sound system that will deliver clear and evenly distributed acoustics, thanks to thousands of tiny speakers embedded in the building’s walls. Technicians also will be able to capture and present super-resolution video with a specially designed camera system that captures and stitches together 360-degree-by-360-degree footage at 2 gigabytes per second.

The project broke ground in September.

MSG joins a growing list of companies that have made efforts to leave NV Energy because of a desire to cut costs or choose different energy sources — such as solar power.

The Review-Journal is owned by the family of Las Vegas Sands Corp. Chairman and CEO Sheldon Adelson. Las Vegas Sands operates the Sands Expo & Convention Center and The Venetian.

A previous version of this story incorrectly reported the timeframe for MSG Sphere to be built. The facility will be built by fiscal year 2021.